Fried / Shorted out arduino and possible the gShield. WTF?

So i was running my machine the other day and all of a sudden i seen this flash of light come from my Arduino Uno. I cut the power and took a look. This is what i found…(Top picture, chip in the middle of the board. Bottom picture middle chip. 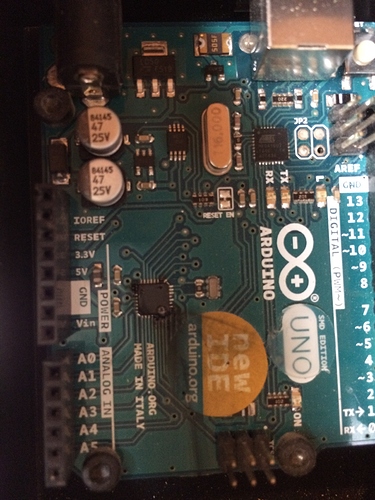 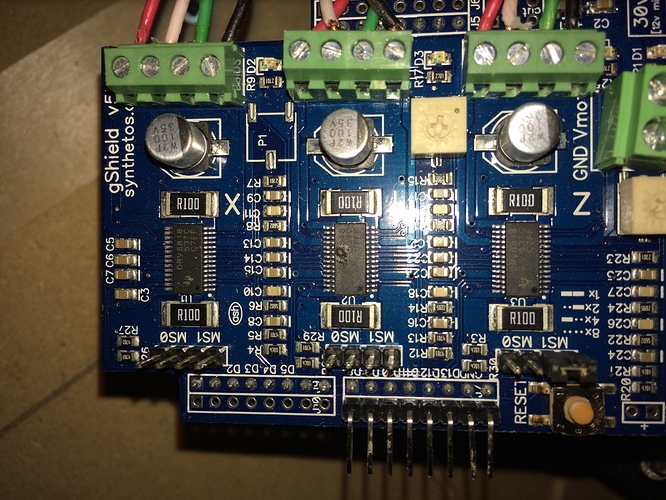 What could have possibly caused this? Everything was working perfect. I’ve never cut any metal with it and there was no sign of anything there to short out the boards.?

Is the middle driver (lower pic) wired to your axis with two stepper motors? your Z has one, your X should have one, and your Y should have two (one on each side).

Oh yes. Ive been using this machine for over a year with no (few) problems.

Yea, i guess it may have been just a weak component. Although i cant see overheating being the problem, i just turned on the machine when that happened. Why two chips on separate boards? Strange? Im a little weary of it now, will this happen again? Should i be concerned of a fire hazard? Hopefully it was just a freak thing.

Oh yes. Ive been using this machine for over a year with no (few) problems.

is it hot where you are at? if you are pushing the thermal limits under normal operating conditions then when you run it on a day that is extremely hot then the thermal limits are pushed even harder. not saying this is the problem but it is something to consider. as @PhilJohnson was saying these things run hot under normal conditions add this heat wave we are having and then over heat problems occur. I would check for shorts. wires that came lose and touched and check the fan to make sure it is clean and spinning at full speed.

Do those spots line up when they are mated? What does the underside of the Gshield look like?

Yes they do some what. There is a scorch mark on the underside of the gShield. Although if you look at the gShield and the chip that is damaged, its like a melted spot on the top. Like a small crater.

Heat radiates in all directions. Since you stated you saw a flash of light (Spark) I would guess that the damage to the chip on the gShield is a direct result of the Arduino going supernova.

As Robert says, ,most likely, one fried the other.

The driver chip datasheet shows the pins around there to be the motor voltage (24VDC) and the STEP pin (connected to the Arduino in the same area as burned). Somehow the 24VDC may have bridged over to the STEP (dust? debris? moisture?) and POP goes the chips. I don’t see how the Arduino, powered only via USB, could draw enough to fry a chip. I could easily see a shorted 24V power supply frying 2 chips…

I’d check the health of your PSU as well.

Yes, ill be checking that for sure.

haha… yes, that happened when i removed the gshield from the arduino. i just barley touched it and it fell off.

That would be awesome

PM me an address and I will send them. I do not use as I have moved to a Gecko and Mach3

Well…got my gsheild and Arduino all set up again… turned it on and…pop. Theres no visible marks on the board this time but in as i was trouble shooting this issue, this happened. 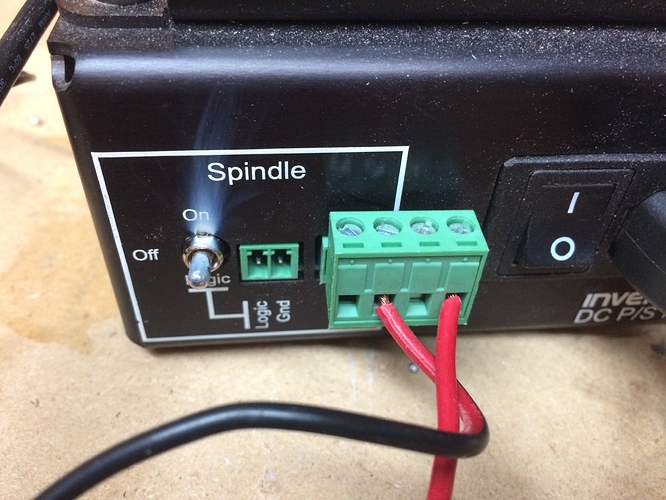 It was arcing out until i killed the power going to it. maybe this is the problem. A faulty PS. Anyone have one of these go before? If not i would definitely recommend having your xcarve plugged into a GFCI . This most certainly could have caused a fire.

No it wasn’t loose. This is the response i got from Inventables.

AUG 04, 2017 | 11:59AM CDT
Griffin Dennis replied:
Hi Terry, thanks for sending this along. It looks as though you have both the positive and negative wires to your gshield hooked up to positive outputs on the power supply. When you plug in the USB it’s likely creating a short to ground, damaging the hardware all the way down the line since the Arduino and gShield share a common ground connection. I would check to make sure that your USB port is still operational. Please keep us posted. Best, -Griffin.
Griffin Dennis
Junior Technical Support Specialist
Inventables, Inc.

I know right… i was too focused on one problem and created another. FFS!

the 2015 instructions have a different set of markings on the chassis. I think they’d a little less error-prone.

Doesn’t seem like you have these markings on your case. 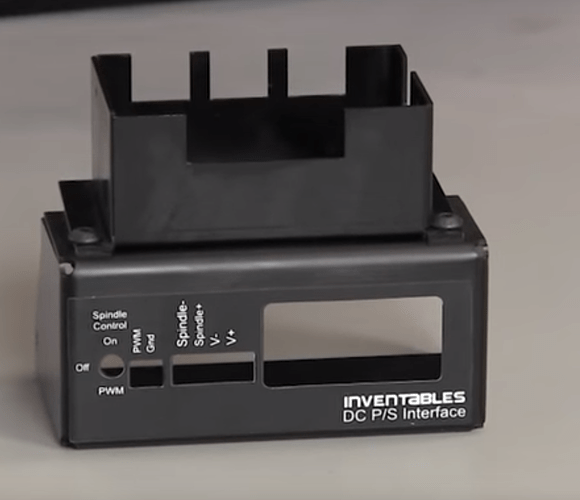 The question i have now is , i wonder is the PS damaged? It still powers up , i could check it with a voltmeter i guess .