Easel is everything I know about software related to CNC. Any suggestions for x-carve or similar focused class on how to use Fusion 360?

We purchased the xcarve as a gateway to plasma cutting CNC machine that we do not yet have, but will almost certainly need to use fusion 360 for.

I’ve attempted to just teach myself but I’m not getting anywhere. What do you all think?

Lars Christensen is definitely the F360 guru. He was on the F360 team at autodesk for the longest time, but since being reassigned he hasn’t posted any new videos in a while… https://www.youtube.com/user/cadcamstuff/featured

I have a few F360 videos on my channel but I tend to use Carveco and Easel mostly these days, unless I’m designing something that needs parametric features from F360, so there are only a few videos that I saw were lacking tutorials on the topic when I came to perform the actions myself (like this method of CNCing using a STL file) 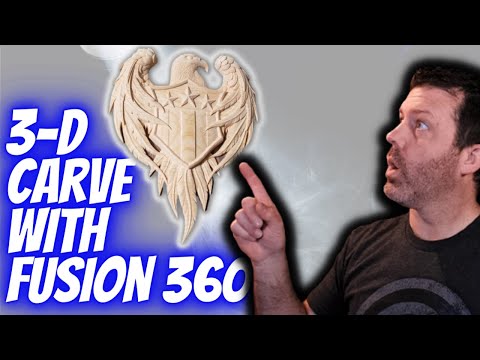 The NY CNC Channel has a some good videos covering F360 too: Fusion 360 CAM Tutorial for Beginners! FF102 - YouTube

All 2D. What kind of things are you making?
You may be better off learning Inkscape or Illustrator.

Don’t get me wrong, Fusion is fantastic (I teach Fusion and Inventor), but it’s more suited to product design.

I’d like to learn fusion 360 for the X-Carve side of things, because I think that would allow me to do more 3dish designs with the X-carve.
The plasma cutter we’re looking at is one of the langmuir systems (langmuirsystems.com) cnc setups. When I first looked, I noticed Fusion 360 is their recommended program. After your post I thought a second and realized it would make more sense if Inkscape were what I used (not very good at that either) so I looked a little deeper.

Lang.PNG2301×559 100 KB
According to this page on the site, Inscape is usable for designing signs, which is likely most of what my students would be doing, but I think that F360 is still used to send the work to the robot to do the cutting, so at that point I wonder if it wouldn’t just make more sense to learn F360 in 2d rather than 3 different programs prior to the cut.
I have never been involved with a plasma cnc machine, so I’m not sure the best route here, I just know that I’d rather invest my time in getting competent with one program rather than crappy at several.
Did you learn Fusion just in your past, or was there some sort of class that you took to be able to teach it? I’m slowly getting better at youtube learning, but I’d love to find some sort of structured class (especially during summer months) since I probably won’t know what I’m not learning with a self-taught-youtube approach.
1 Like
system closed January 3, 2022, 1:47am #5