I am completely new the world of CNC. I’ve been trying to learn as much as possible but have yet to actually carve anything. I created a design in Fusion 360 and wanted to create a toolpath to learn the next steps. I am just using the standard tools in the Fusion 360 library while learning. In this case I am trying to create 2D adaptive clearing. What I don’t know is what I should be selecting. The pockets have an outline on their upper and lower surfaces and I don’t know which I should be using. Also, on occasion it seems like when I select something, it looks as though I select the entire top surface and I’m not sure what’s causing it.

Thanks @PhilJohnson. I get to this point: 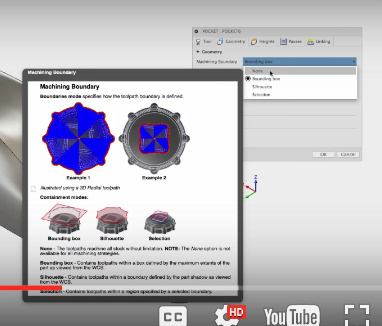 But don’t have those options. This is how mine appears: 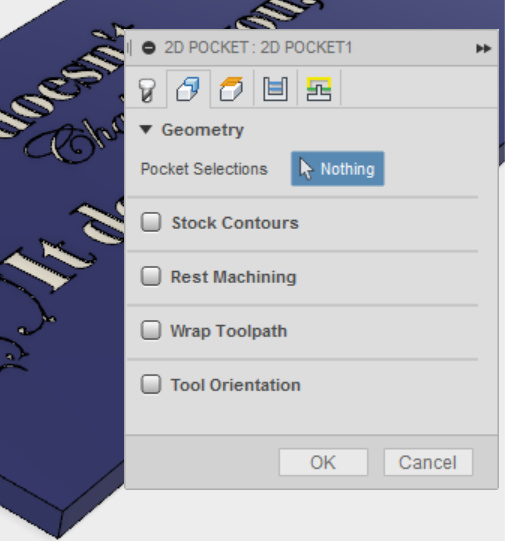 Personally I tend to pick the edges at the bottom of the pocket, then I don’t have to set the depth of cut, since it’s defined the the geometry the already exists.

The machine boundary you usually don’t have to deal with much unless you have some issues or doing something a little more unusual.

Remember to set you max depth of cut as well in the second last tab.

Let your mouse hover over the options like “Stock Contours” if I remember right it will then bring up the dialogue box like the one pictured and explain what that means. you can then hover over the others and read them and see if that is the type of cut you would like to make,

For pockets choose the bottom outline. Zoom into and hold mouse over line and it will highlight black, click and select.

2D Adaptive Clearing. How would I go about reducing the pickups?

I think there is an option in the linking tab for keeping tool down.

I usually use adaptive clearing with a larger bit, as I believe it’s meant to be used as a roughing operation.

Your design looks like it would be well suited for V-carving.

So I’ve reworked this a few times, this time with just the butterfly and lines, there are areas that I circled in red that when selected will select an entire plane on the piece and create some odd lines and movements. The whole image was extruded/cut in one operation so I’m confused as to why individual bottom surfaces are reacting differently. 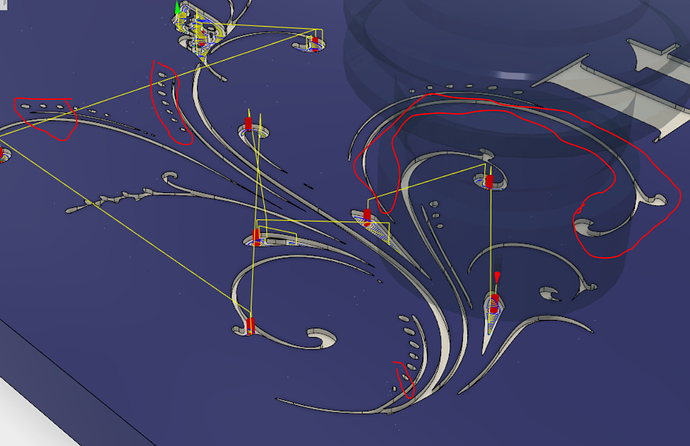 You can toggle your selection style by either holding ctrl or alt or cmd, I’m not sure which one it is exactly, but that might help when selecting the contours.

I deleted the cam again while attempting to get this to select properly failing.

Will this work on the design as an Engrave? Will it clear the ‘pocket’ areas or will it just work its way around the contours?