My UNO board screws in to the stainless steel standoffs and fits perfectly (see 1st attachment), but the gShield does not fit inside the black aluminum box (see 2nd attachment).

You can already see where I have dremeled away aluminum material in an attempt to eliminate the interference between the gShield and the right side (right; as seen in the picture) of the box. However, it looks like I will have to pretty much cut out the entire top half of the right wall to get the gShield to fit and still connect its pins to the mating sockets of the UNO board.

Has anybody else run into this? 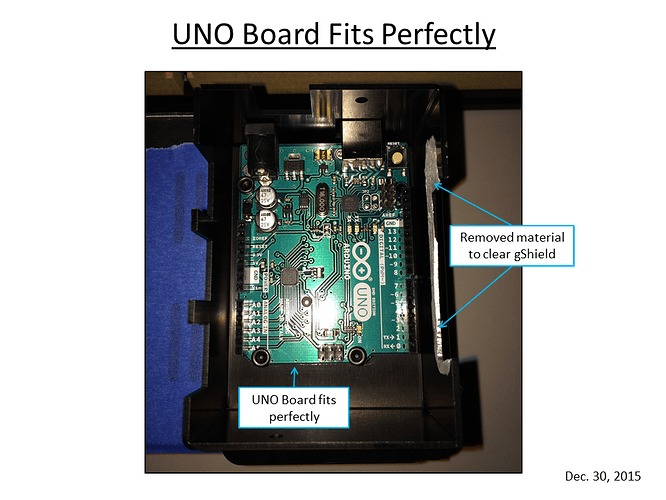 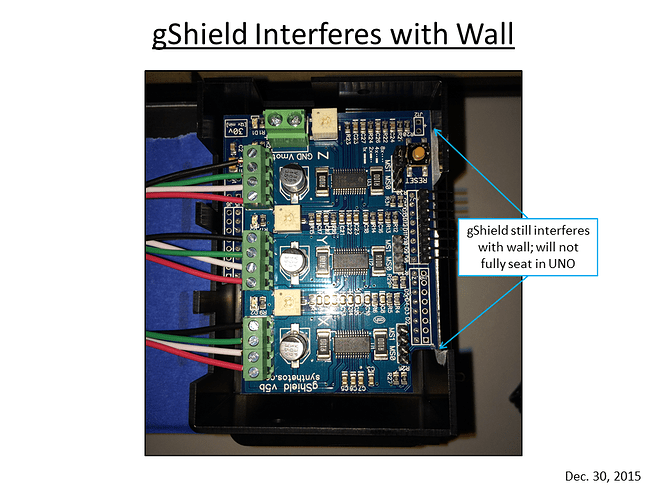 Same here. Its a tight fit but with a little patience and a few choice words it fit.

I have one of the earlier machines and built mine last may/june and I received incorrect header pins which interfered with the box cut out. I flipped them around and re -installed them and they cleared just fine.

Yup, mine fit rather tight as well, I had to trim some bits off of the box to make it fit properly.

I had problems and the g-shield wouldn’t seat properly on the arduino. I had to do the same thing you did. I dremeled the opening. The width was fine, I just had to make the opening extend lower by about 1/4". Now the board seats properly, no problems at all.

Gentlemen, thank you for your feedback. Mine wouldn’t fit without forcing it, so I went ahead and removed most of the top half of the wall where it was interfering. It turns out that the rectangular cutouts also needed some material removed to allow the gShield to fully seat without the box contacting the motor wires. So I dremeled those as well. 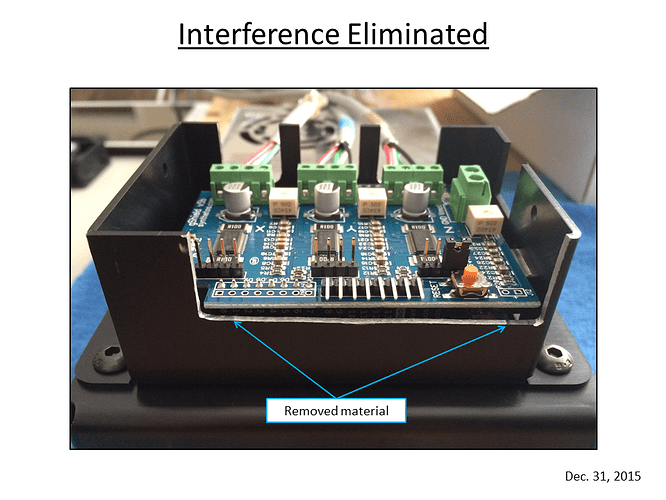 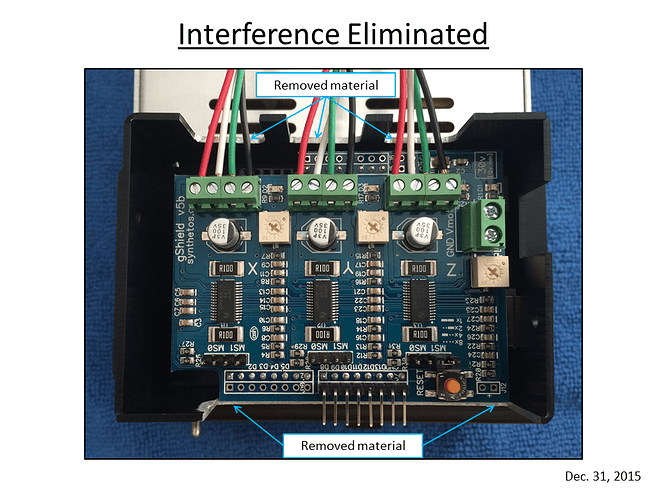 It almost looks like something is out of spec with the box, the gshield or both in relation to dimensions.

I dont recall tings being quite that tight when I put mine together a few months ago. Definitely no need to relive the stepper wiring openings on my unit.