Has anyone ever seen this? Shredded and melted colored end mill ring

I just removed my end mill and noticed the colored ring was shredded and ground down to 1/2 the thickness. What could do this? It was not rubbing on anything and the depth of cut was only 0.15". I noticed that the bit holder was very hot to the touch. Anyone have any ideas? 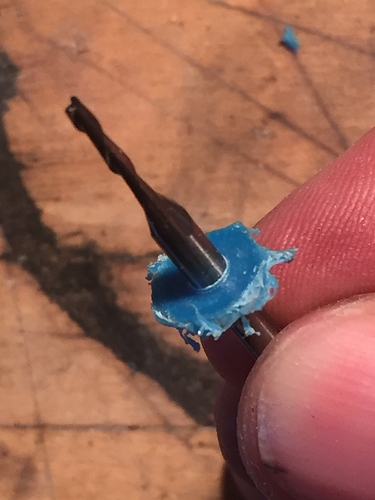 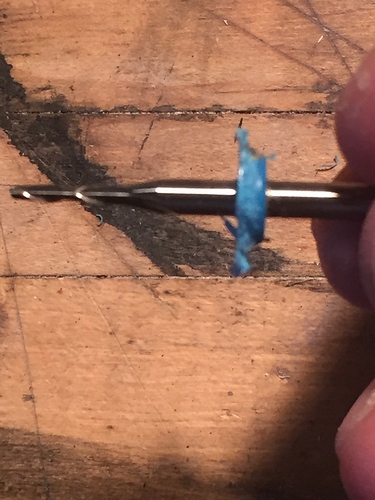 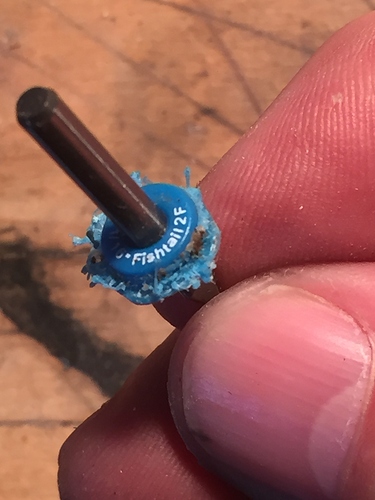 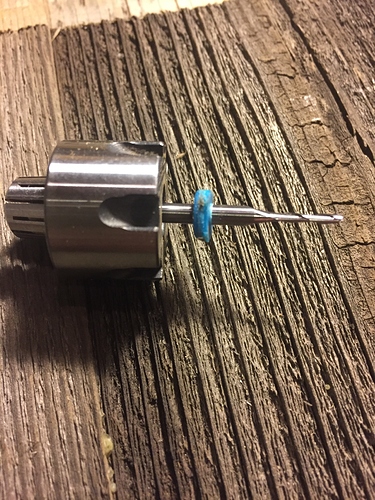 My guess would be that it hit clamps or some other object sometime during the cut.

I t also looks like the bit got pretty hot and discolored in the first and third pics but that could just be the lighting.
The OP states that the “bit holder” (collet?) got hot as well. there may be a bearing issue within the spindle or router , which ever the case may be.

only time I have seen this was when I was cutting some acrylic. workpiece got hot which made the bit hot then once the bit was hot it softened the plastic ring and made the same type of damage to the ring.

I measured from the bottom of the plastic ring to the tip of the end mill and it came out to be 0.755". I must have used it on a previous 3/4" carve and didn’t notice it until I removed it on this latest project. It had to be something since I only carved down 0.15" and all clamps were plenty far away. Sorry for the false alarm, but once again another lesson has been learned on my end. Thanks Inventables Community!

This bit couldn’t have been used on a 3/4 carve due to the cutting dimeter being much smaller than the shaft diameter. The shoulder would have created a myriad of issues once you tried to plunge beyond that point.

I guess then I was wrong and this remains a mystery. I’m 100% positive that it didn’t hit anything during the last carve. Thanks for the feedback.

My guess, based on the pix, is one of two options.
One- Bit got too hot from high RPM and low IPM.
Two- You probably hit something and didnt realize it. If i showed you my drawer of broken carbide some of you will cry.

Look at the top of the plastic… all gooochie. The bottom is worn down to the nibbly bits.