Having a heck of a time with VCarve- V-Carve

I’ve done a few other things using VCarve Pro and then importing gcode into Easel. One I continue to have problems with is the 60 degree 1/8" shank bit (purple from inventables). You can see it does an odd skip on part of the M and N and then in the middle of the M and the top left of the N the bit dives down more into that area but not anywhere else? Anyone have an idea of whats going on or had a problem similar? 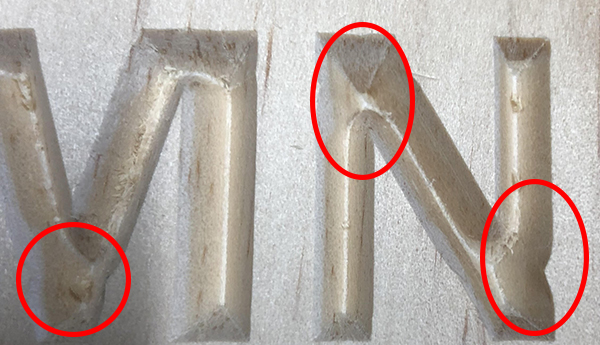 Do you have your bit set up properly?

I think so, I took a screen shot below of the settings. Since Inventables doesn’t provide the information like a lot of manufacturers apparently do its hard to guess. The speed/feed seemed to be fine, but the dipping down was definitely programmed since it did it on multiple tests of this. 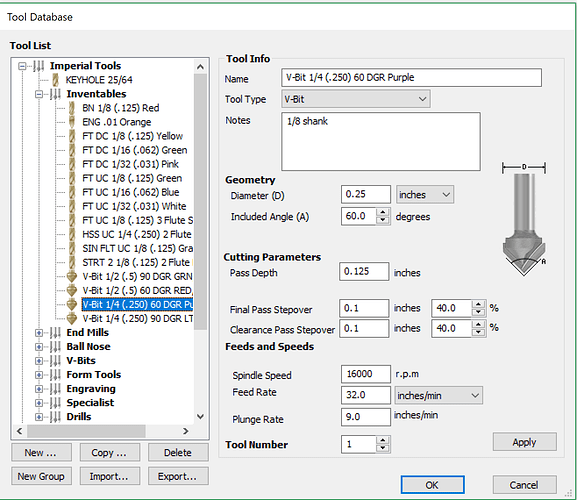 Check to see if the bit has a flat on it. Have you tried UGS?

Have not tried UGS, according to inventables they do not have a flat tip tolerance. Below is the bit (purple) and the technical drawing. I assume the drawing is in MM? 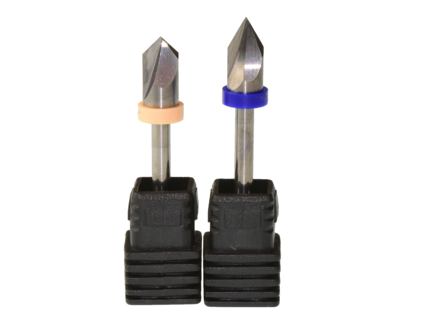 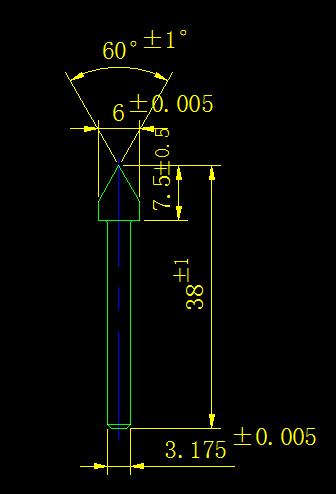