ok I have the gantry and everything fastened down to my new x1000. I have all the wires connected to the drive motors and 1 of the drag chains on and wires thru it. now I put 2 of the 3 limit switches on not sure where the 3rd one goes. but anyway I do not know where the stops go or what is to be used for the stops. I know there should be something there but could not find it in the assembly instructions. any help would be nice.

This step includes the homing switch stop for the Y rail. The X rail should have one too.

thanks I will check it out.

I saw that in the instructions but it did not make since. they look to be on the outside of the rail and the sensor would not touch them.

I have one of the original kits. Unless they have changed the design, it is on the outside of the rail. 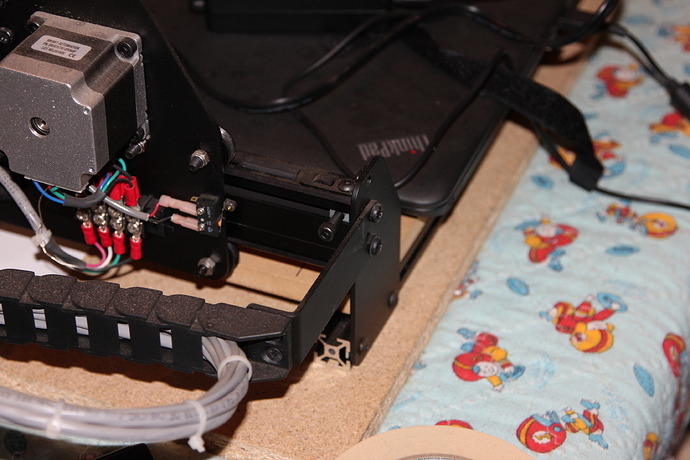 well since I can see it I think I makes more since. I think I put the switch on the inside instead of the outside. I will need to check that out in the morning. thanks for the picture. you know what they say a pictures says a 1000 words.

that is what I need larry. I bought this brand new in the box but the guy I bought it from bought it in nov. 2015. the assembly instructions that are on the site now are for the newer machines so I am a little overwhelmed on a few things and some of them have changed since this model came out.

The old instructions are still on the web site.

yes I have those. I have been jumping back and forth from the new ones and the old ones. the new ones have better pictures and a little easier to see. I am getting it but I think the worst is coming with the wiring and soldering.

you should have limit switch x,z,y 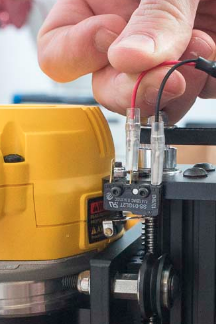 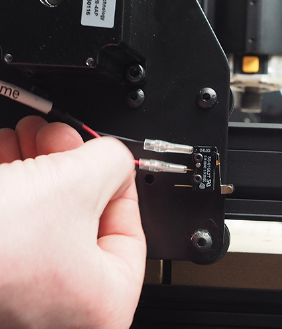 Make sure that when you install the Y rails (The ones that run front to back) that the V-rails are to the outside and that the groove in the rail is towards the bottom. It doesn’t mention the tip about the location of the groove, but it shows a picture in the instructions. If you put the groove towards the top, the limit switch and the SHCS used for the stop won’t align. Then you’ll need to flip the rail over, which involves a partially disassembly.

Not that I did that…

If you put the groove towards the top, the limit switch and the SHCS used for the stop won’t align.

[Edit] - After looking at it again it looks like it might work either way as long as the switch roller and the grove are aligned.

your right. my y rail on the left is right but the right side is upside down. I don’t think it will make a difference I see nothing that goes on the right side. I think I have all the hardware done and now is the scary part with the wiring.