Help cutting out letters from a dxf

I’m sure I’m missing something horribly obvious… But I’m unable to get this dxf to cut letters properly.

For whatever reason, the ‘t’ loses its straight bits, and if you look at the “ear”, the 'e’s tail cuts gaps in the next letter’s strokes.

Another topic had suggested to try combining the strokes, which I’ve done here, but the effect is as bad, if not worse.

Could I please get suggestions on how to get it to work? 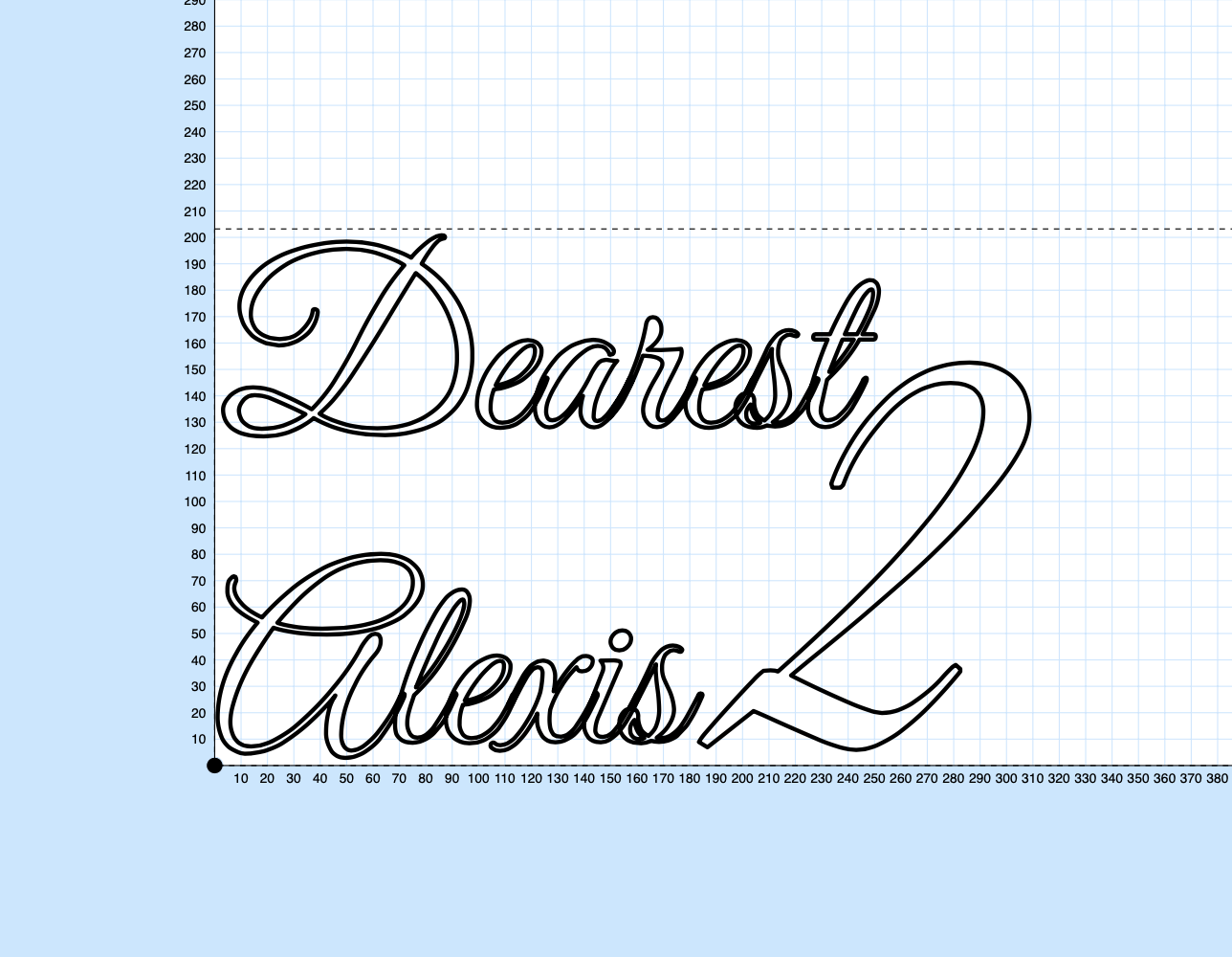 
This is the link to the project (the problematic one is the second workpieces.

I can also provide the dxf if that’d help.

Your kerning needs to be adjusted.
I don’t know if that is possible in Easel because I only use Vcarve.
If your kerning cannot be adjusted, can you do trimming of the vectors or node editing?
Again, I don’t use Easel.
If you want the “t” to be crossed, then you have to add those lines.

Your DXF has a bunch of individual line segments. You should combine them into larger paths. What font and software are you using to create it?

Similar to what @MechanicalGoose said. By combining, you want to union the letters together to appear seamless. As is, you have overlapping line segments.

Hi all, thanks for the responses so far, really appreciate it!

I’ll take a look at the kerning, but at the same time, I initially tried using one of the easel Pro fonts “great vibes”:

And whilst it has the overlapping line segments, it doesn’t have the same outcome. :\

The font I’m using is Queen of Heaven, and I did it in inkscape.

Basically I typed it out in inkscape, then converted object to path, then saved as dxf.

I also tried svg, but it had the same outcome.

I’m also still confused why the cross on the “t” isn’t appearing when the line does exist in the actual font.

Seems inkscape might be doing something strange. Have a try at this file I made quickly with AI.

Jonathan,
I was reading the forum today and came across you post on Help cutting letters form a DXF, MechanicalGoose turned your font into an SVG file so you can import it into Easel, I was playing around with it this evening when I got home. The font isn’t Queen of Heaven but I designed it so all the letters connect and it should cut out good. I dont know what you are wanting to do with it but I think that the one I’m sending is more of a custom looking font because it is.
Hope this helps, please upload a picture when you complete the job.
Thanks,
Russell 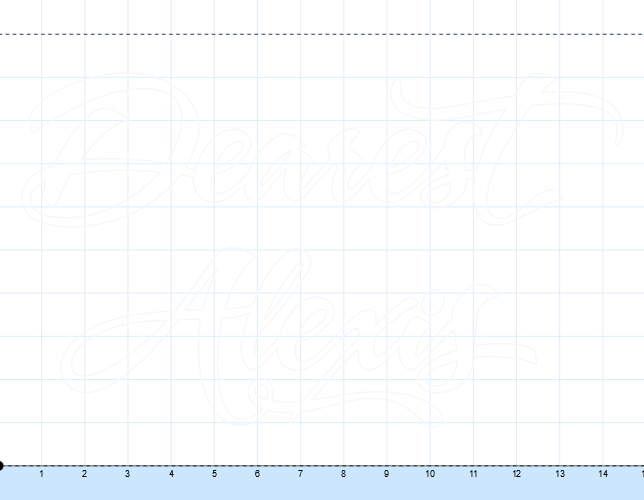 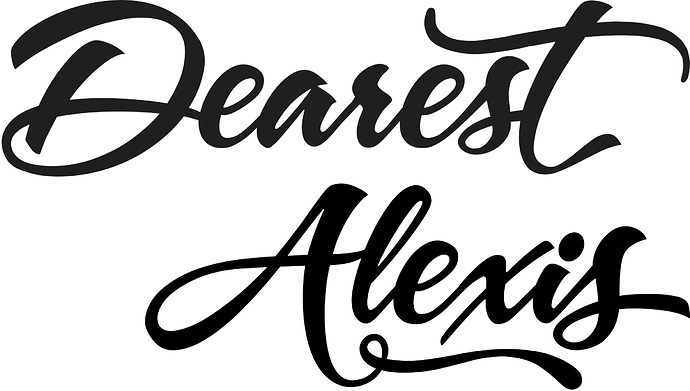 Hey @MechanicalGoose, that worked great!
Just so I understand… all you did in Illustrator was to type it out in the font, convert it to paths, and then export as an SVG?

@RussellCrawford, that looks brilliant too! I’ll check with my friend if she has a preference, but regardless, thank you too!

After you convert to paths you need to combine the overlapping letters to make them a single path. Then you can export as SVG.

On inkscape press control a to select all and open paths click on path to object. Save it to an svg import into easel then select all again open edit and click combine. This with get rid if all those overlapping paths and will connect them as one solid path. If you want to edit the kern of the letters you’ll have to do that first on inkscape by selecting each individual let with the letter tool(prior to converting it into a path) once the letter is selected hold control alt and then hit the arrow key in the direction you want the letter to move.

Thank you all for your advice and help. Its the “combine” step that I’ve been missing.

Take pictures of job.
Thanks
Russell