Hello there again!
Since I created successfully my first to projects with your help,
I wanted to give it a shot with a dust boot. Until now I am sitting next to my CNC all the
time and hold the vacuum cleaner to not make a massive mess.

This is my first try and I tried to keep it quite small.
Unfortunately the dust cover goes under my bit.
It really depends on the height of the wood…
I have seen many similar dust boots here, but does noone have a similar problem?
Usually I would just buy the Suckit Dust Boot, but I think I cannot attach it to my CNC.
Any hints you could give me? Thanks (once again) 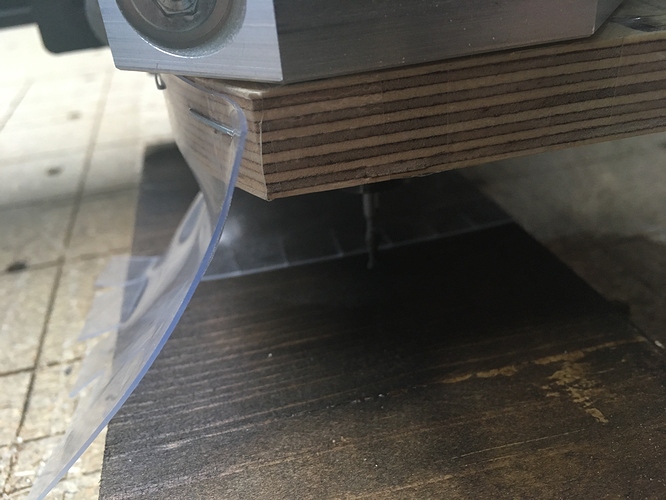 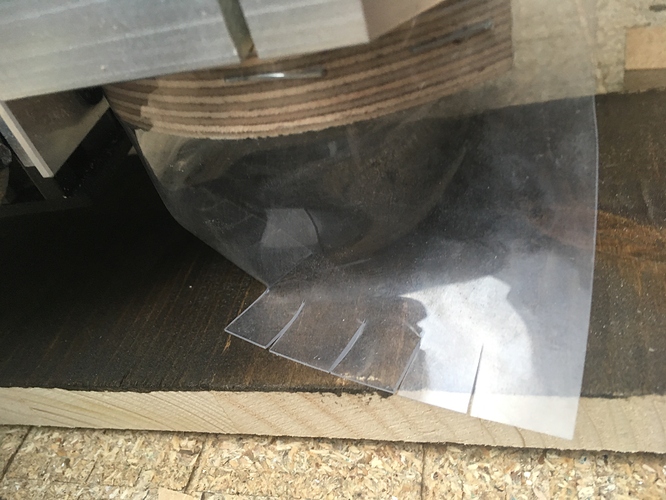 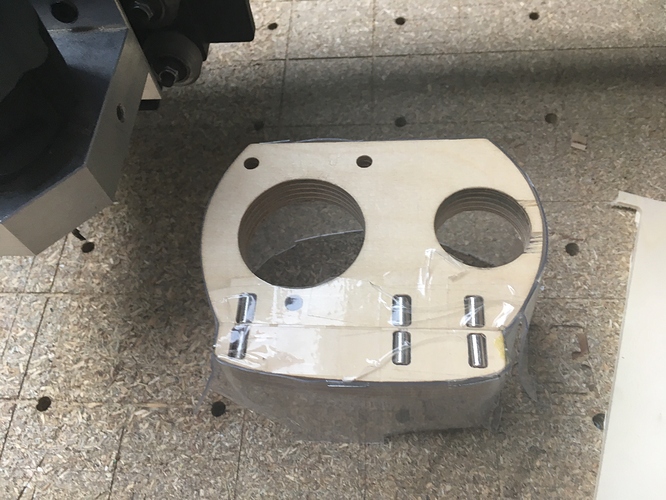 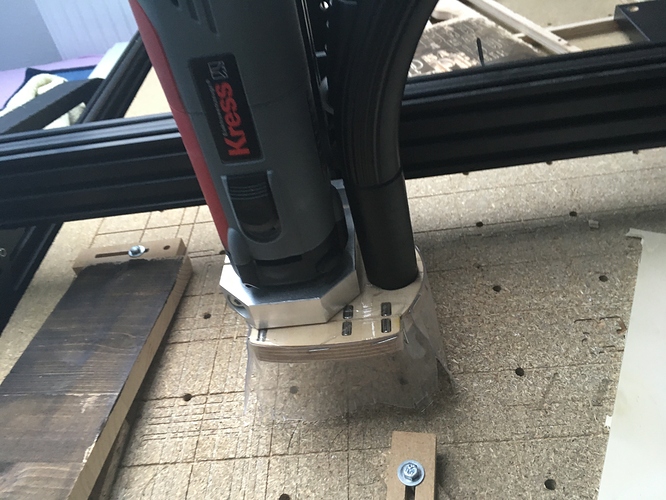 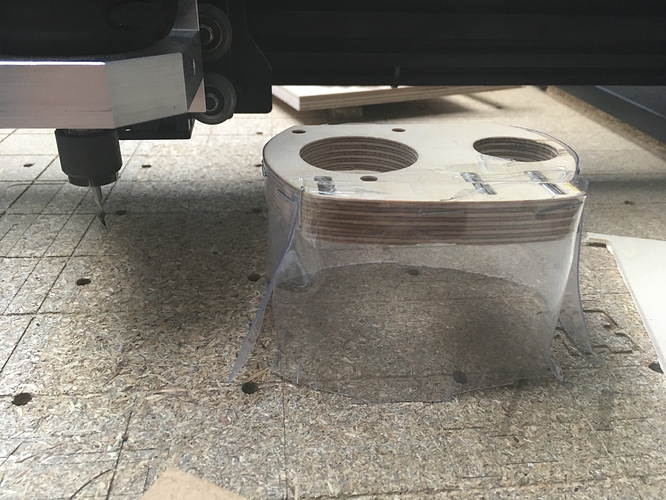 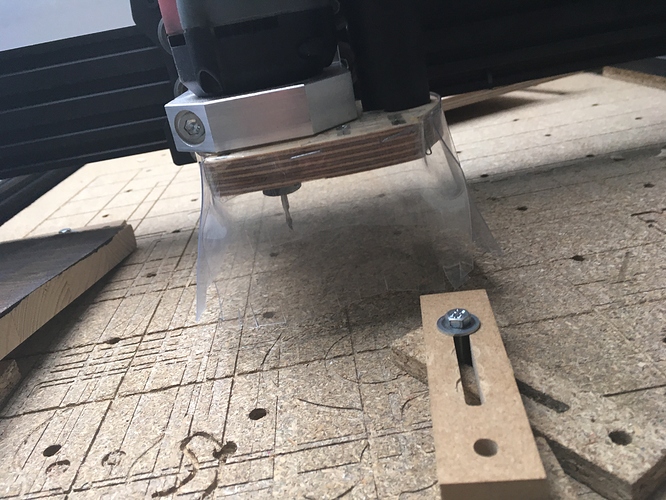 You can buy brush strip which you could attach on instead of the plastic, or if you are dead set on keeping the plastic you could trim it down a bit and cut the sluts a bit further. I think with it being long and not slit very far you will always have bother with it getting in the way of short-medium bits

Thanks I already thought about it.
But wouldn’t I have the same problem that it might get under
the bit as well? Or is it not important that the brush strip touches
the ground?

If you make your dustboot a bit larger so that the plastic or brush is further away from your router than it is long it won’t catch the bit. Here is a picture of my attempt on a diy one. 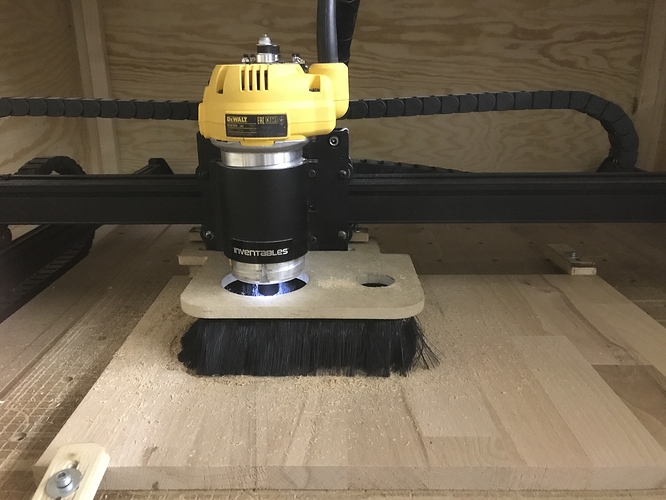 My dust boot is similar to yours, however I made a few simple mods…

My “skirt” is made of heavier rubber, so it kinda hangs down quite well. I also cut the strips a little differently - to keep them fairly heavy, while also trying to keep them flexible, I made every second cut go almost to the top, while the cuts in-between only go “half-height”.

Whilst the folk in these forums overwhelmingly seem to go with brush or bristle styles, I’ve found that on occasions, they were causing me problems. When changing direction, if all the bristles are dragged in one direction and then the machine tries to reverse the direction, the bristles can put up a surprising amount of resistance. Whilst this isn’t a problem in most cases, I found that here and there it was enough to make the machine lose a step or two (or that’s what I’m calling it anyway). This isn’t noticeable on heavier jobs, but when cutting gears for clocks or smaller pieces, sometimes this was enough to throw things off by enough to ruin the work.

My “skirt” is held to a plywood piece which has a matching piece held to the base of the Z axis. The two snap together with magnets and work exceptionally well. On a couple of occasions, one of the strips has been chewed by the toolbit, but hey - it just adds that little je ne sais quoi…

I say stick with what you’ve got & just keep tweaking your design until you’re happy with it.

Mine is similar with plastic and took a bit to get it right, but I think it works well and have no plan to move to a brush (as I had thought I would).

The key for me was to reinforce the plastic with clear packing tape and cut more, longer slits. Also pay attention and trim it lightly with a scissors at the bottom if you note places where it’s too long or causing issue.