Design an air deflector that redirects the airflow through hoses. These hoses end near the stepper motors so as the gantry etc moves it displaces all the debris automatically??..

I think @AngusMcleod has already claimed copyright on this idea.

Make a dust sheo. I never have any knid of dust escape that is worth cleaning off the rails. Thats the only reason i can get away with using my xcarve in my bedroom since we dont have a garage or shop room

And mine is clear acrylic. So if your spindle has a built-in light like the Dewalt you can still see it cutting if thats concern for you like it is for me.

Also. Sorry for spelling errors at the top. Site bearly works on my phone. So I cant fix them

I also had a alternative dust control idea.

I am planing on upgrading to a real dust collector system. And I read a post that they handle air flow a little different than a shop vac. And that restricting the air intake can negatively affect the air draw. The dust collector has 2 input ports and the poster commented that just leaving the second port open fixed the issue.
So I had the thought that if I set it up so the second port drew air from under the sacrifice board it would act like a downdraft table. Sucking some of the dust the shoe missed down into the bolt holes.
Worth giving a try to see.
(Though not if it requires a lot of channeling and ducting to work. If it does then I might as well go all the way, use a shop vac and make it a vacuum clamp table.) 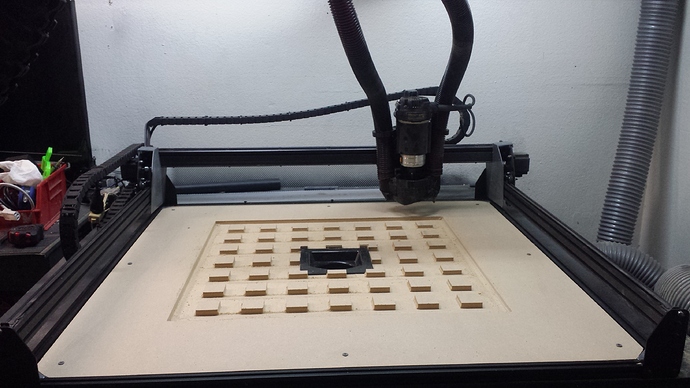 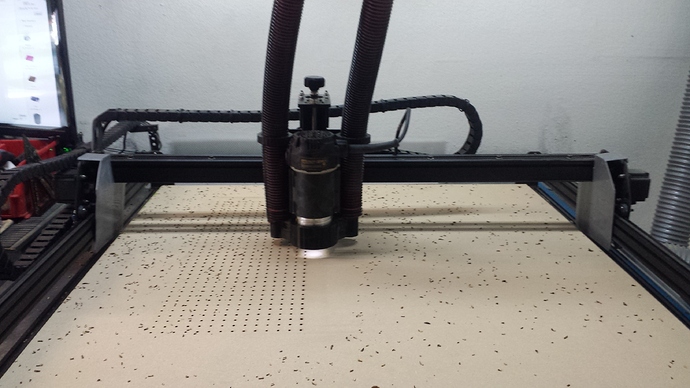 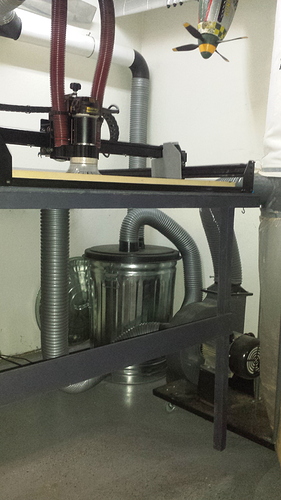 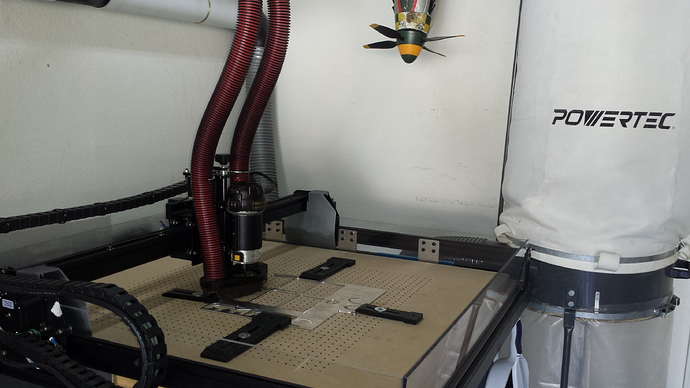 I don’t know what you guys are talking about… according to the front page of this site chips/dust/debris on the belts is fine!

My original idea [© me 2015] was to put a brush in front of the v-wheels on the carriages to sweep crud off the rails & belts. Most bandsaws have a brush like this on their wheel’s to keep them clean.

… then i just built a dust shoe and never thought of it again.

does he have plans?

I like the idea of a dust shoe but I find that with the type of gear I do they would get in the way. Also I like to be able to see what my bit is doing…

i dont actually think it affects the belts to badly. the grip side is on the bottom. so theoretically. nothing on top should really hurt it. the rails probably could benefit though, and cleaner belts defiantly isn’t a bad thing.