I have been wanting to try this for a while and finally gave it a shot. Yesterday I stopped by Second hand sports and picked up a couple of used hockey pucks for 79 cents each and threw them on the X-Carve to see how they worked. I used a 1/16in Freud router bit and they cut like butter. 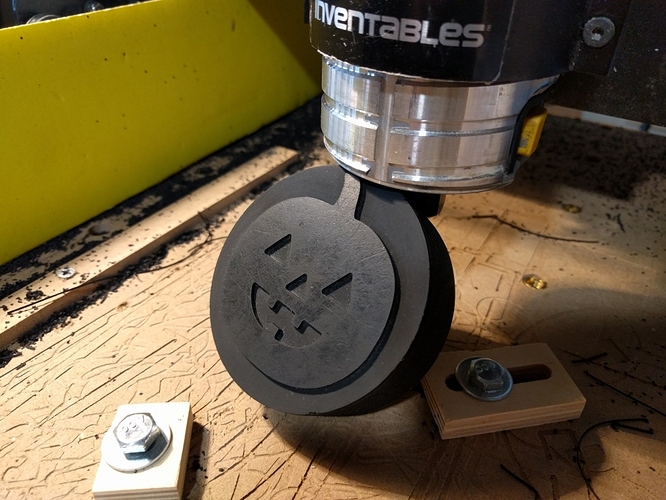 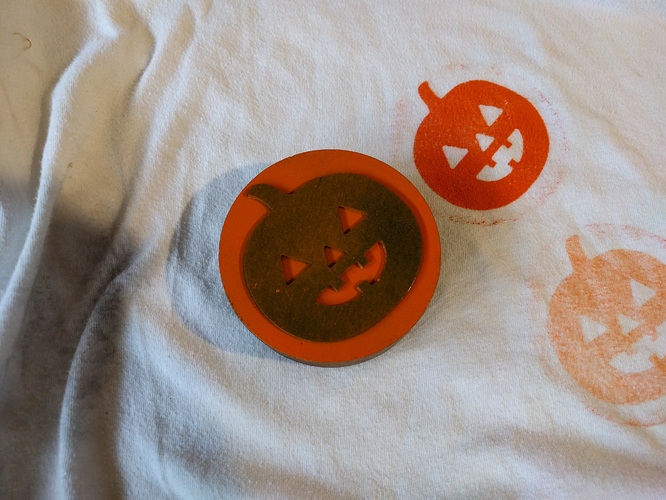 Damn, this is awesome! I was just at a garage sale that was selling an entire bucket of these…I knew i should have bought some!

This is great! What kind of feeds n speeds worked well for the rubber?

With the 1/16in bit I used 50 in/min feed and .03 depth per pass, I was being conservative being I never cut one before, I think you could faster and deeper though