Horizontal artifacts on Z: how to resolve?

Overall, X-Carve has been running great (assembled it over Xmas). Now I’m at the fine-tuning stage and I’m trying to figure out how I can get rid of the horizontal lines that are forming during my rough \ pocket cuts. Here’s some example pics that illustrate this issue: 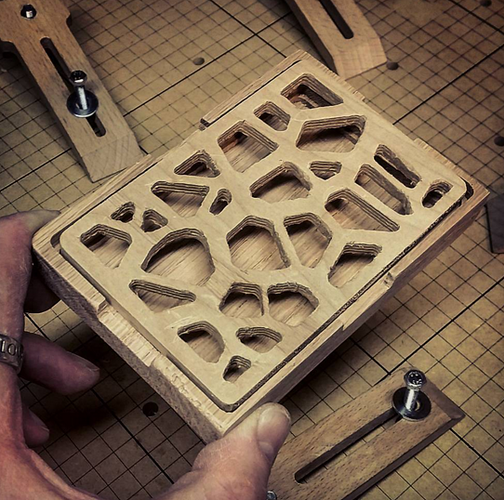 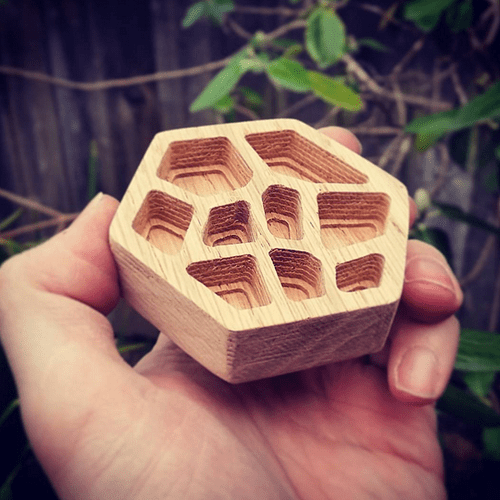 To me, it feels like if the spindle was tipped slightly front\back it could cause this, but these artifacts show up on every side of the cut, so I’m pretty confused at this point to what would be causing it.

I think you’re probably going WAY too fast and deep, especially for a 1-flute bit, which is causing some deflection and even potential losses of steps. I just cut some stuff out of red oak using a 1/8" 2-straight flute bit and I was only cutting .040" deep and going 70 IPM with my Dewalt 611 set to 1.

You’re right about the lines only showing up on one side if the spindle is tipped one way or the other. If you want to check that, use a wide bit (3/4" is good) and cut a shallow pocket 6" square. That’ll magnify any out of square in any direction, which will let you dial it in even more.

EDIT: I agree with Robert, I misread the feeds and speeds. I cannot go anywhere near that fast on oak.

Thanks for the feedback all, I can defilingly slow it down/reduce the cut depth (note, while watching it cut, it seems like butter). However, based on the general hardwood chipload calculator I was using, even 120"/min was possibly too slow using the dewalt set to 1: I had a 2-flute, but switched to the 1-flute just to try to get the chips the right size. Maybe I’m over-analyzing this?

At any rate I’ll do some test cuts at a slower speed and see what happens.

Update: Made myself a ‘calibration model’ in Maya to show off different features types, then started calibrating. Results are improved. All of these things transpired roughly around the same time, so not sure which one specifically contributed to the improved results… or maybe they all did

In the blow pic :

I am having the same issue but on all sides of my cuts. Am running at 40 ipm for feed and plunge with a .125 2 flute spiral upcut.

Will try that. Thanks