How can I check the g-code?

First, let me state I haven’t used any other software other than Easel, so I pretty incompetent with anything else…

I created a new file in Easel after success with a large carve a few days before after dialing in my voltages to the step motors. The new carve seemed to be going great, until I checked later, the carve was at around 79% and the bit was broken. Upon inspection of the carve, you could see where the bit had tried to carve around an elementbut was offset enough it was carving into it, the element a bit more than a 1/4 inch deep, so as it was chewing the sides of it up the bit snapped. I put a cheap piece of wood into the machine and tried again. This time I heard the deviation and was able to stop the carve before the bit snapped. Seemed to be starting in roughly the same area where it happened in the last carve. Was at 73% when I got to it this time.

Now, these are large carves, and I’m only using an 1/8 inch bit, so they are taking awhile to carve, the successful carve earlier was over 35 hours.

Are these carves so long that eventually I’m still dealing with over/under voltage issues and I’m missing steps (though I would think not due to the fact I completed a successful carve prior, although possibly not so detailed?).

Or, is the g-code sent incorrect and if so, how do I find it and then how can I correct it???

Pretty frustrating since I have got to a point I thought everything was dialled in, only to mess up a 2’x4’ piece of wood.

Thanks in advance! Keddy

Here’s the link to the project…

I am curious why are you carving the entire piece down .125" and then starting to carve the desgin? I think if you select everything but the background and set it to 0.00" this will help speed up the time

35 hrs is a very long time for the X-carve to run continuously I am not saying that the machine cannot do it I have never tested it but I would do what i could to shorten that amount of time and I think for something this complex I would use another program to create the tool paths as when carves are done like this in easel the tool paths are pretty inefficient do you have the original svg that you imported into easel to create this? I can take a look and create tool paths in Fusion 360 that would help alot with time?

I am not sure why your bit broke but i suspect that it was due to the small designs around the edge and how they come to points what was your feedrate and DOC?

HOLY CRAP i just realized that its 24" long haha hmm nevermind about the points on the small desgin that shouldnt be an issue I am leaning towards a feedrate issue also what brand and part number of bit are you using?

hmmm lol nevermind about the feedrate

You can use a rough/detail two bit strategy to speed things up considerably. If you use a 1/4 inch bit for the rough cut and then the 1/8 bit for the detail pass you should be able to cut this in just a few hours.

For the error you are seeing, I would say that yes, over the course of your 35 hour cut there were some steps missed somewhere. This could be due to the motor voltage, a loose belt or a loose pulley. Nothing like a 35 hour stress test to find any issues your machine may have.

As far as checking the g-code… not easily, especially in that much code.
I have not found a good visualizer for CNC g-code
(there is a good one for 3D printers but it won’t do CNC code)
Nothing better than “Show Toolpath” and “Hide Material” in Easel.

You can read the G code in notepad but is just code. It is not easy to find the specific area that is causing a problem unless it is doing something really weird (like shutting of the spindle mid print or trying to do a 1000 ft move or something)

To test if it is some kind of issue with the drawing you might want to run a smaller version,
smaller version bigger bit. Even just “Air print” it, to see if it goes of the rails a specific point each time. (Though I am betting it is a machine issue relating to the 35 hour run time.)

The carve is set down because I fill this with two part epoxy which leaves the design well below the surface of the final pour… The pic is the previous carve which went without a hitch. This is a coffee table top. 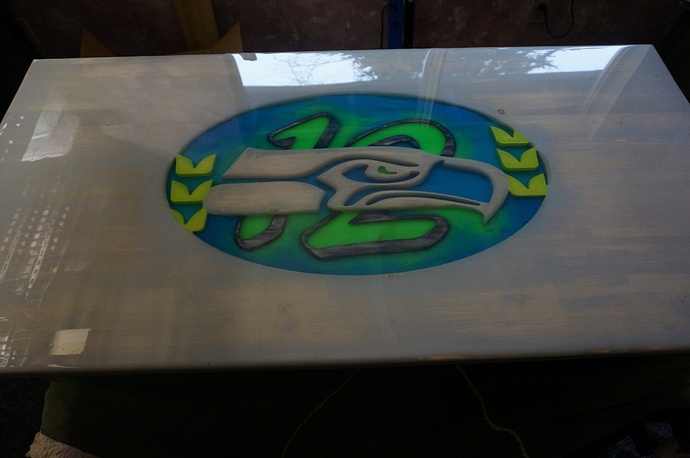 I have not found a good visualizer for CNC g-code

OpenSCAM is a free software that gives you a great visualization of gcode and allows you to try different adjustments. I see they’ve changed their name to Camotics.

I’ve tried a 1/4" bit in the spindle but had so much vibration that I nixed the dual carve until I got my Dewalt 611. I haven’t installed it yet because I need to figure out a dust collection system before I swap things out. Been reading on here about the dust storm the 611 creates!

You are correct about the dust. It is amazing how much the Dewalt can make.

I was wondering if it had something to do with the smallerelements around the ring myself, if the intricacies are to much for Easel to plot correctly. If you look at my other designs which I have carved successfully, there isn’t that much detail, thus broader, easier movements on all both axis. 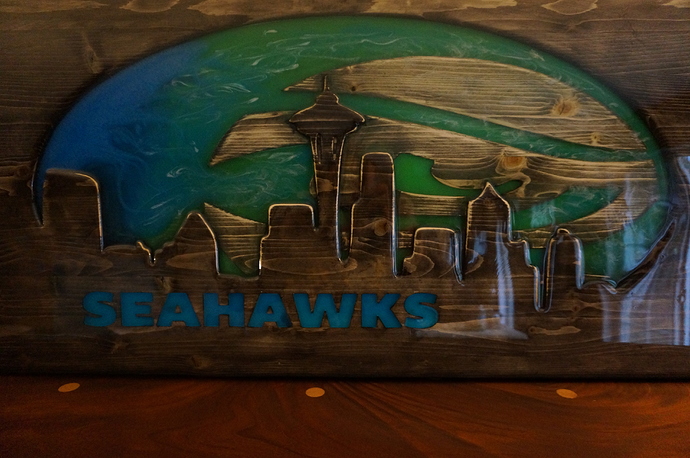 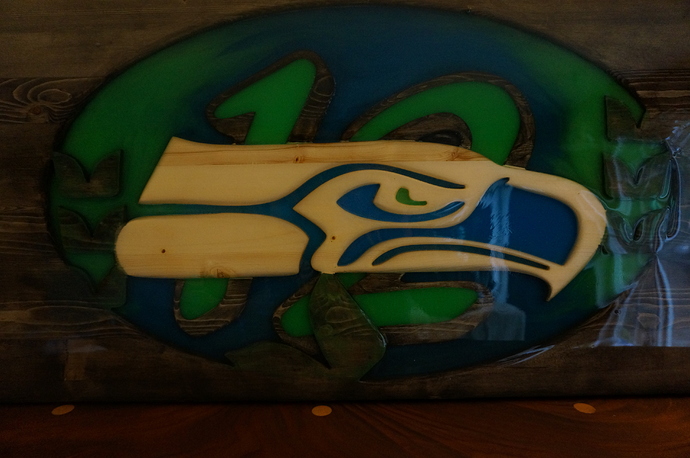 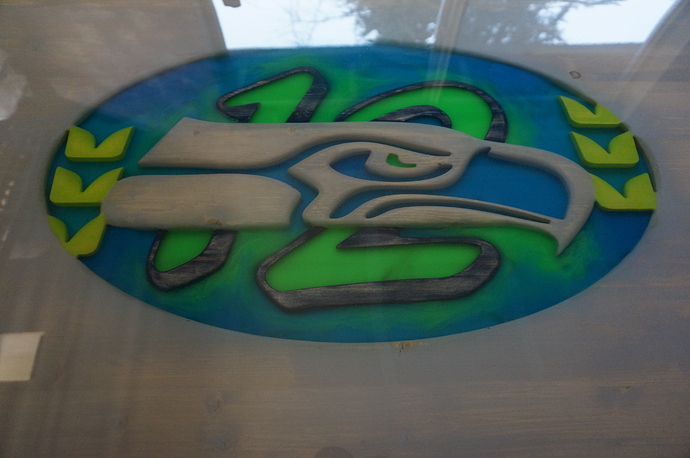