How do I import .stl file into Easel

I am trying my first .stl file and cannot seem to get it into GCode… If anyone could give me a hand it would be much appreciated.

What is the best free conversion software?
Thanks for the response

Although there is a learning curve, Fusion360 is free use for hobbyists. It is feature packed. There are a lot of tutorials on the Youtubes.

I have a .stl file of the last supper and would like to carve it on the carvey? Is this possible?
Thanks

this is a STL file it can converted to SVG .

I have it open in Fusion 360, but not sure how to generate the 3D tool paths?

This ^. Lynda.com also has very in-depth tutorials on Fusion360. They aren’t free but they are real classroom type lessons.

Kick back and watch some Youtube. You’ll pick up on other important things along the way. 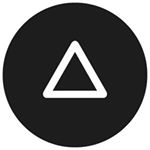 Thanks for this. Time to convert some 3d print files!

This doesn’t seem to work on mine - I can’t select the face and it won’t let me click OK. Is it because I’m using the hobbyist version of Fusion360?

This video that I made some time ago show the minimum STL-CAM workflow:
(While this use a terrain-STL the process is similar)