How do I remove end of line corners?

I can’t figure out how to stop the angle plunge at the end of each line or corner of a letter. I am using a 60° bit on this carve. Any additional help would be greatly appreciated, thanks in advance. 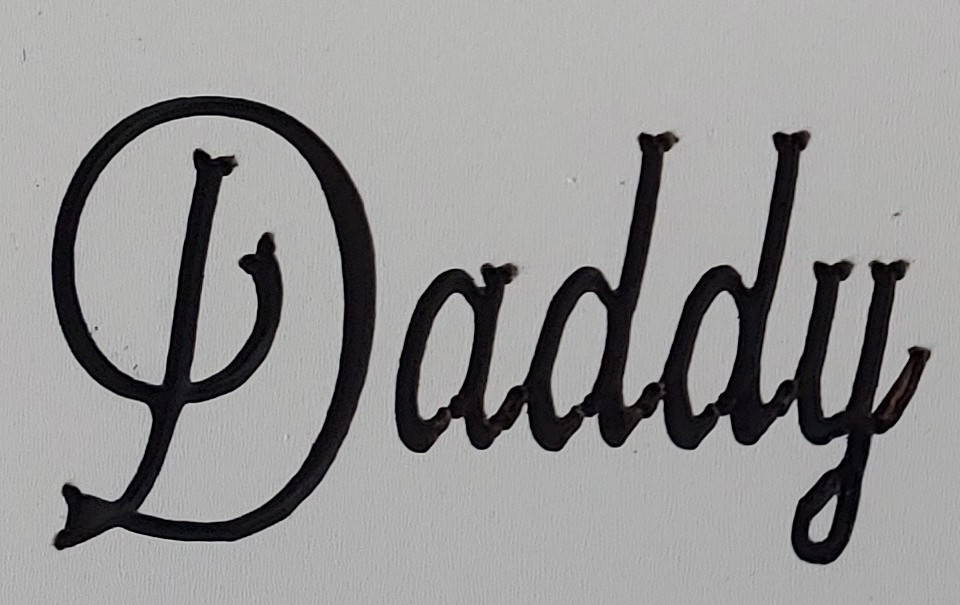 Either loose (not unlikely) or the tip of your V-bit is a smidge flat => causing probling to touch later (deeper) because of lack of the infinite point. This will make the bit travel deeper than calculated and causing the “dog bone effect”.

Try another carve, do as previously except jog Z up a smidge before setting work zero. This will make the bit ride higher than before. You can test in small increments untill you have found a Z-offset that works for you, with that particular bit.

I wonder also if you have each letter separate instead of having them combined. Doing this would cause the issue you have.
Especially with script fonts, they may appear to be one complete flow of a line, but each letter would carve separately, having an end of line and a beginning of a line next to each other.

Try highlighting all the letter, and combine them.