How does Easel Pro speed things up?

I understand the V carving and the new fonts but how are things sped up as claimed? Is it the ability to override the default speed and feed rates in Easel?

I am wondering this same thing as well

I would love others input and here them express there opinions

Vcarving is faster…meaning, you can define a board/sign size, set your fonts, create your quotes, etc, and click ‘Carve’. It’s much faster than setting everything else up in other 3rd party Vcarve software.

As for speeding ‘things’ up. Hardly. Easel needs some serious GUI redesign if they’re going to do that. For example, why do I have to click ‘Carve’ again just to move my spindle out of the way after a carve? Makes no sense.

and really when you get into professional stuff its more like

I use vcarve desktop. I don’t have to set everything up any more than I would with Easel. I mean, I have a tool database and I set that up if I buy a new tool that isn’t already in the database, but I don’t have to set it up every time I make something. Really no different than choosing a tool in Easel. If you mean the 20 seconds I would save by not having to create a new tool and enter the parameters of its use then that’s a stretch to say I’m saving time. Does Easel Pro have a tool database where I could add different tools I buy from someplace other than Inventables or adjust feeds and speeds based on the number of flutes my tool has or other perameters is everything a default setting and only with tools purchased at Inventables.

To clarify, it’s faster for beginners; those that are getting started in the CNC world. For folks that already have Vcarve and know how to use it well, it’s probably not going to improve efficiency much.

ahhh ok. So Easel Pro has nothing for anyone that has been using other software. Paid or otherwise. Only brand new people and those that have been strictly Easel users since they got their machine.

Did each of these in less than 15 minutes, carved using 90 degree V-bit using easel. Much faster than using standard bits. 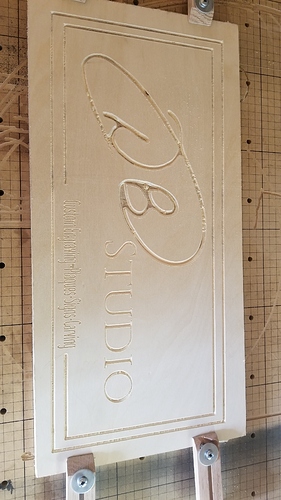 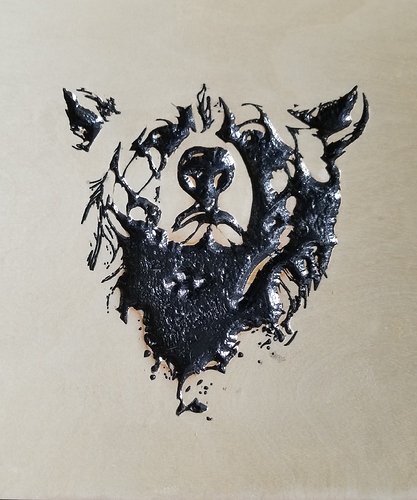 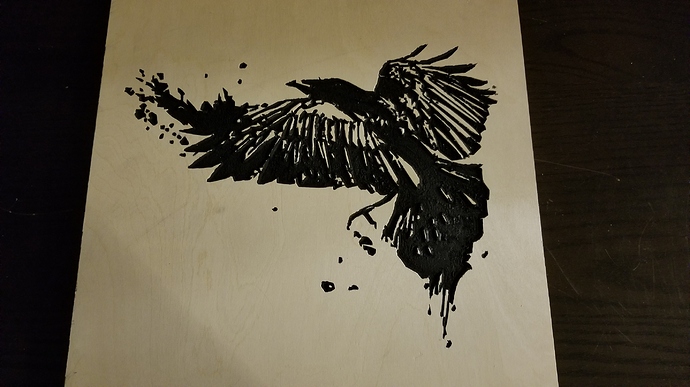 and not use 3rd party free software that would be just as fast?

I did like that I could do all this in Easel. I created the SVG in Inkscape, but was impresses with the speed and ease of doing the carve in Easel. I am not familiar with other software other than VCarve (which I do not have and cannot afford yet) , so I have no reference on using 3rd party Free software.

I did like that I could do all this in Easel. I created the SVG in Inkscape, but was impresses with the speed and ease of doing the carve in Easel. I am not familiar with other software other than VCarve (which I do not have and cannot afford yet) , so I have no reference on using 3rd party Free software.

Maybe the ability to adjust feedrates during the carve? I used that today and it was really helpful. I like to start out slow and speed up as needed. The button is up by the carve button during a carve.

I think the increase in speed just has to do with the ability to v-carve. Going from regular Easel where one might have to use a 1/16" end mill to get some detail and also clear larger pockets to Easel Pro where v-bit can adjust depth to clear the same design with less passes. As has been said, I don’t think there’s any advantage to someone that already uses another cam software for v-carving.

This carve took 1:45 hours to carve using Easel Pro. I used the default carve settings for birch plywood. IT is 18X24 inches. It took 3 hours to paint, then re-sand and apply a water based poly coat. I really enjoyed working on this one using Easel pro. 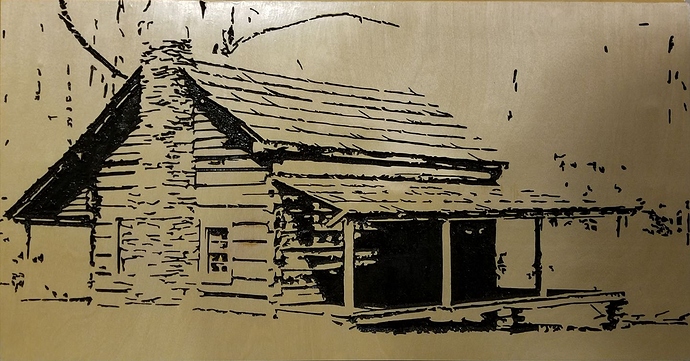 I think WorkininWoods hit the nail on the head. Entry level business start ups and the people that want to v-carve and are just comfortable using Easel and have no desire to try anything else will use it. It reminds me a lot of when people got their first computer and went online. Most people chose to do that with AOL, Prodigy, Earthlink etc. eventually the vast majority went out on the internet without one of those companies once they compared cost and abilities. So Inventables/Easel/Easel Pro users are like AOL subscribers and xcarve owners that use free or other software not affiliated with Inventables are like internet users that surf the web without those subscriptions.

I would consider myself one of these people. I did not know a lot about CNC, G-code, and paths and such. Easel has been my stepping stone and stop-gap to making things and also learning. I have been just recently learning Fusion 360, and converting projects in G-code. Still, if I am inspired, or request to carve a sign, I quickly revert to Easel because it is darn easy and I do not have the skills in Fusion 360 yet to do a project on demand.

Cost is another factor that is preventing me from using VCarve Pro. $700 is a lot of chedder to dish out, and now that Easel does some basic v-bit carving, I do not feel the need to immediately make that jump. I am hoping that I can start selling some projects that I do in Easel to re-invest into Vcarve or Aspire to continue growing my skill set. So yes, Easel is much the AOL compared to real internet. But it is the gateway to that knowledge and keeps it fun, easy, and productive.

Well Daniel, there is nothing wrong at all with being one of those people. Easel is a fine program for many xcarve users and it keeps getting better. I went the different path and bought vcarve desktop within a month of buying my xcarve. At the time I couldn’t afford vcarve pro and so I bought the desktop version. It was $349 and although I can only carve up to 24" x 24" and I don’t get to use some of the fancy gadgets that pro users get, I have yet to have a need for the pro version. My gripe isn’t with Easel or Easel pro as a program, my gripe is with the cost of the Pro version. If you subscribe to Easel Pro, in 2 years, you’ve paid what vcarve desktop costs and you would own it forever to use on your machine offline. I guess I shouldn’t gripe at all since I’m not going to be using Easel Pro but it just gnaws at me. Just like AOL did. Charged a hefty fee monthly and limited what you could do online when others not subscribed to AOL or the other services had paid a lot less to do anything and everything online that was available.