How to delete a line?

Big time newbie here. How do i delete a line in between text?

Use the shape exploder app to split the text into vectors and then you can edit like any other vector.

Along with what @SethCNC was saying …

That will work when the characters are not connected, but if the characters are connected, they will come out of the Xploder app as a single object. Since two (or more) letters would be a single continuous vector object, in that case, manipulating the points will likely cause all kinds of strange things to happen (i.e. blobs or misshapen … things)

After getting them back from the Xploder app, one easy way to separate any that are still connected is to add the tiniest of tiny rectangles where you want them separated with a cut depth of zero. Then, select the rectangle and the character object and hit combine. Then, send them back through the Xploder app again. This should cause them to become separate objects.

After getting the text object back from the Xploder app the first time and adding the small Zero-depth rectangle (pointed to by red arrow). 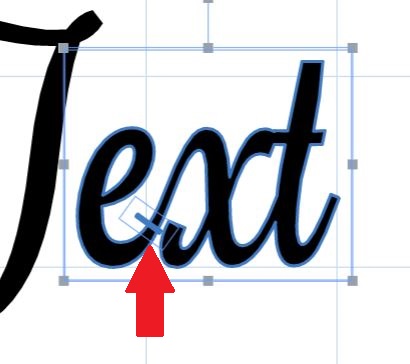 After combining the small Zero-depth rectangle and the “ext” object. 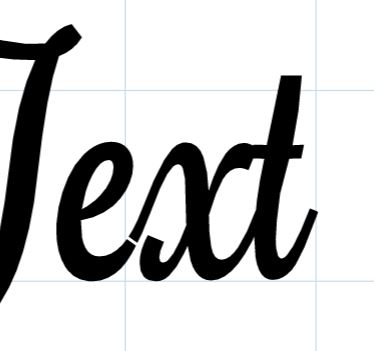 After sending that back through the Xploder app. Notice that we now have two objects, the “e” and the “xt” 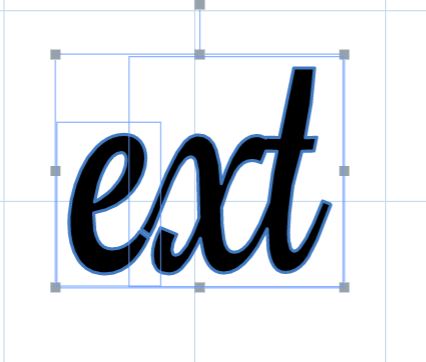 You would separate each letter similarly, but you could do it all at once. And, here is what an initial separation of the “ext” would look like… 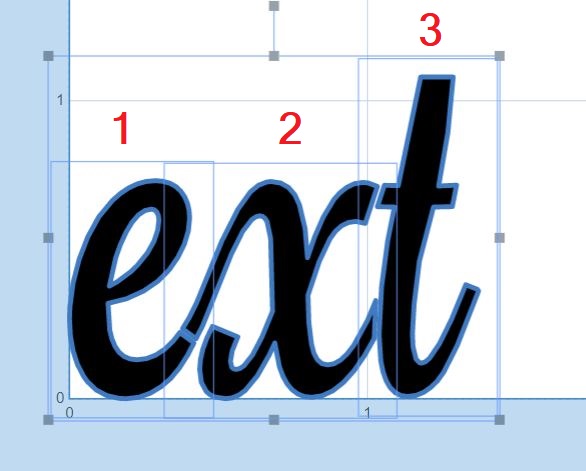 Then you could edit the points for each letter to make the area where they used to join look smoother if you so designed.

Even easier though would just be to make an individual text object for each letter if you want to use a connected font.

Then either align them as you see fit or send them all through the Xploder app individually to get a regular vector object instead of a font object (font objects align strangely sometimes due to their bounding rectangles.

Indeed, and it’s always good to see what other techniques are out there!