HSMWorks and the new G Code Sender (It works!)

I figured I’d do my due diligence as an HSMWorks/Xpress user and inform all the Solidworks aficionados out there that you are now supported by the new G-Code sender. Because HSM is now owned/maintained by the guys at Autodesk, the Fusion 360 Easel cps works in HSM. Simply download the cps file from the Fusion 360 tab and move it into the HSM posts folder, ideally renaming it Easel.cps. Now you can post and then upload into Easel.

I’m still tinkering with different WCS methods and how the post interacts with various milling operations, but for now absolute size, stock orientation, and lower left corner work well for me.

My only gripe would be the placement of the part being fairly awkward, but I can work things out tomorrow when I get a few hours to tinker. The placement seems to improve when you declare the size and shape of your stock.
Solidworks part: 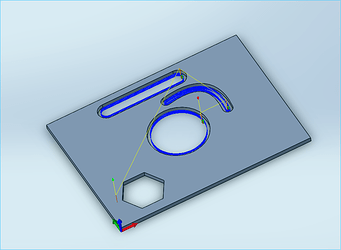 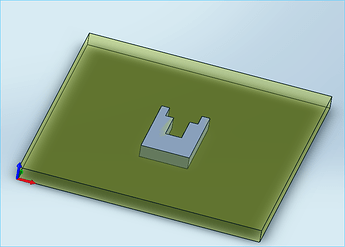 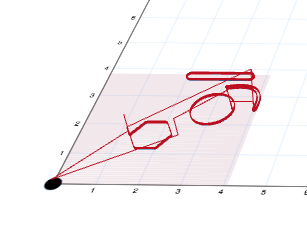 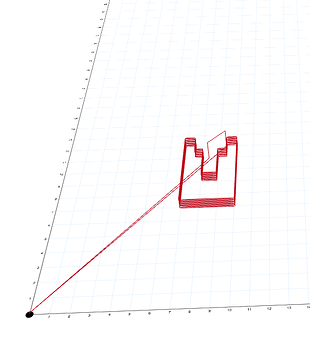 ps if you are a student SW is free

Have you had a chance to work with it more?

I am able to generate the gcode, but ran into problems with the feed height. My gcode starts at the origin (bottom left at the top of the material) but it takes the bit straight to the first cutting possession without moving up to the feed height.

I got the initial end feed height fixed by modifying the gcode directly.

At the start of the generated gcode the Z1 command is put after the first G0 command. Moving it before the G0 command fixes the initial feed height.

This is what I replace the ending Z1 to fix the ending feed height, and return to origin

Thanks for posting the fix Peter.

I had the same issue with too deep of a cut. Hopefully this works for me too.

Another question of the depth of the cut, how do you add tabs to your design to keep the part in place? I am using Solidworks and HMS Works and new to everything. Thanks!

Peter, My code looks a little different. Where would you put the Z1 code you specified above? Here is my beginning…

Z1 tells the machine to move to +1 inches on the Z axis. You want to move to a safe height before moving to the X/Y starting position. that may be Z1 or Z0.25. You don’t want to end up with the machine moving diagonally along the Z axis, and possibly striking something.

I found this simple G-Code simulator to help tweak my code: https://nraynaud.github.io/webgcode/