When importing g-code, easel is not respecting the Z heights. On the file attached, the height of the last pass should be 13.252mm, but when I send it to the machine it’s far below that. I tried measuring it and it’s around 5.6mm. I can see on the g-code (line 313) that the Z height is being set at 13.252mm but for some reason the machine isn’t doing the right thing.

I’m using the Z-probe to set the Z height and everything seems to work fine if I just use easel. This seems to happen only if I import g-code.

Can someone tell me what I’m doing wrong?

Can someone tell me what I’m doing wrong?

My guess is that your WCS origin in Fusion is set at the stock bottom while you’re setting on the top in easel.

Your CAM setup has the bottom set as the Z zero and the X,Y might also be in an undesired area as well… Here, the Bit is sitting at the X,Y,Z 0,0,0 position… 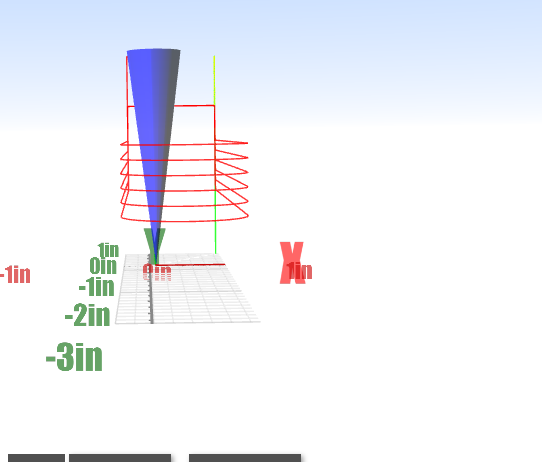 IF you’ve not setup CAM before in Fusion360, I tried to use a relatively simple model converting a name in Easel over to F360 in the most straight forward method while still trying to explain as much as possible. . . . so his video might help get you on the right path. . . (You’ll also note that in this video I setup a custom machine and doing this will eliminate the T1M6 line at the beginning of your code that also doesn’t belong there since the Xcarve does not support mid gcode tool changes…) 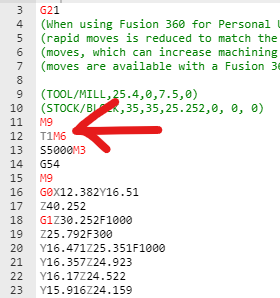 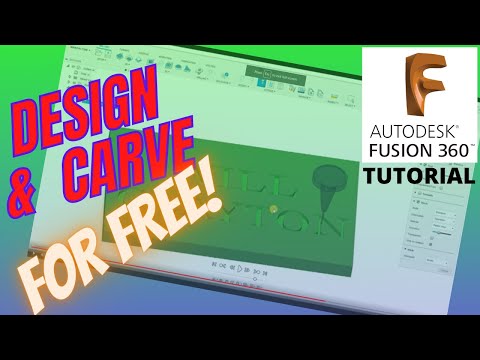 I’d like to calibrate the Z=0 on the bed/waste-board since the piece I’m working with a rough piece of wood that needs to be flattened first. This will also make tool changes easier since at the end of each operation the machine will just move to that 0,0,0 that is out of the bounds of the work piece. @NeilFerreri1 is there an option on Easel to set it to the bottom?

Is it possible the Machine’s Z axis movement is not properly calibrated?

That could be it. The only resources I see online are for squaring it, which I did. Is there a calibration step I’m missing that you can refer me to instructions?

Actually you said it works fine in Easel… it’s got to be something in your F360 process… maybe the Post Processor Settings Neil Mentioned for WCS. I set this to “Clearance” for my carves from f360…

Ok both of you gave me some stuff to go off of. I found some online videos on figuring out calibrations and how to tweak the values if they’re off. I’ll investigate more tomorrow and update this thread. Thanks!

is there an option on Easel to set it to the bottom?

Set your xy zero, but when you set z-zero, just use the wasteboard. I think easel tells you to set it on top of the stock…ignore that and set z-zero to the same place you have it in Fusion.

yeah thats what I was doing

thats what I was doing

Ok, only had time to look at this today and figured out what is wrong. There is a screen right after you press “Carve” that asks if you want to add some extra g-code, mostly for safety. That code is messing up the depth. My best guess is the “set absolute” command. I find this surprising given I’m following the instructions from inventables, and no where it says this will mess up the depth. Probably a bug, or at the very least lack of documentation.