This morning I was invited to come on Fox 32’s morning program with Corey McPherrin called Good Day Chicago. Corey has been one of Chicago’s main sports anchors for years. Go Cubs! Click the picture to watch the video. Also you’ll note that they say I created the first ever 3D carving machine, it was too hard to explain in 2 seconds that the original technology was invented in 1946 by John T Parson’s and Inventables is just making it more accessible but hey at least engineering got on TV instead of murders or sports. 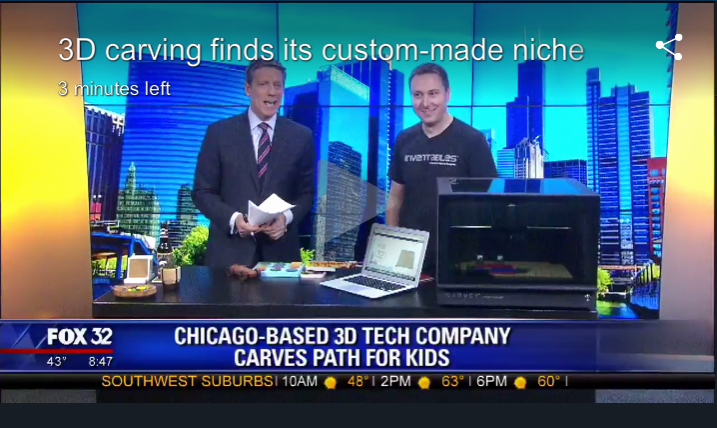 Nice Zach! Not only do I love what the X-carve has done for me, but I really dig what Inventables is doing for education. You guys rock!

I hope Zach does not go full Pettis