Is there an all in one program like easel that isnt internet based?

the wifi and internet connection in my shop is spotty and its getting very frustrating trying to use easel while waiting for my internet to start working again every 10 minutes. is there a similar program that does what easel does that isnt web based?

i know theres millions of ways to do it with whatever cad and cam program you want and using g code sender and all that. im looking for something i can do all that with out loading a bunch of stuff (being lazy mostly lol)

Might be easier to boost the connection to your shop than find something as easy and clean as Easel that isn’t web based. Have you explored way of getting a better signal to your shop?

As a side note:
I know it isn’t a fix, but Easel doesn’t have to have the internet to run a job. Once the Job is loaded on the screen there is nothing that Easel needs to edit and run the job… it will just need a connection for the saving of said job after the fact. So, you could (if on a laptop) head into the house, edit and tweak on Easel, and then out to the shop to plug in and click carve.

well with the internet i was having poor connection problems so i bought a new router and now my connection is good but it keeps dropping the actual network connection (wireless and wired) i have no idea whats wrong and im just frustrated with messing with it. i was trying to mess around with easel last night and it just kept dropping the network and id lose my ability to open the easel web page to do anything

MeshCAM allows geometry creation, so supports basic CAD in addition to CAM. It’ll work w/ pretty much any G-code sender. The nascent bCNC seems the most promising to me:

I don’t have my X-carve yet, but I started looking into Easel in anticipation of using the X-carve.

It doesn’t work for me. Each mouse click results in a 30 sec to 1 min wait for the web site. I have a network monitor running and the web site just doesn’t respond.

I too am looking for a non-internet solution for my work flow. It seems that this technology is far behind the 3D printer world as there are many one program solutions to work flow there.

Well i yanked the new wifi router and put the old one back in and the internet works again. Gonna just do what sketch said and load the file inside and take it to the garage to run

Also larry what operating system do you have? Easel would barely run when i was using vista. I upgraded to win 7 and it works fine

Ok was just a thought.

I think I’m going to go with MeshCam and UniversalGcodeSender. It’s a two step process beyond the design and frees me from the network.

I’m not a fan of “cloud” based programs anyway and I think I’ll be much happier with the local programs. Now I just have to wait until my machine arrives so I can test it out.

I have lots of walls between my DSL router with wireless to get a good signal in my shop. I got enough cat 6 cable to run a line from my router to a router in the shop that I can split for the computer and internet radio I have in the shop.
You do not need the tool for putting RJ45 plugs on the ends of the cable . Just get a couple of RJ45 jacks and wire on on each end. then just use standard RJ45 lan jumpers to connect to the router and you computer if you don’t need more than 1 connection in the shop.

They make a cat 6 cable that is designed for outdoor use. It has a much heaver coating than the stuff for indoor use. I don’t know how big a gape you have between buildings but you may be able to stretch a small diameter cable between buildings and attach the cat 6 to that. I had to go out side with the cable I installed to my shop.

@larrym what kind of computer and or graphics card are you using?

Here is the system info. 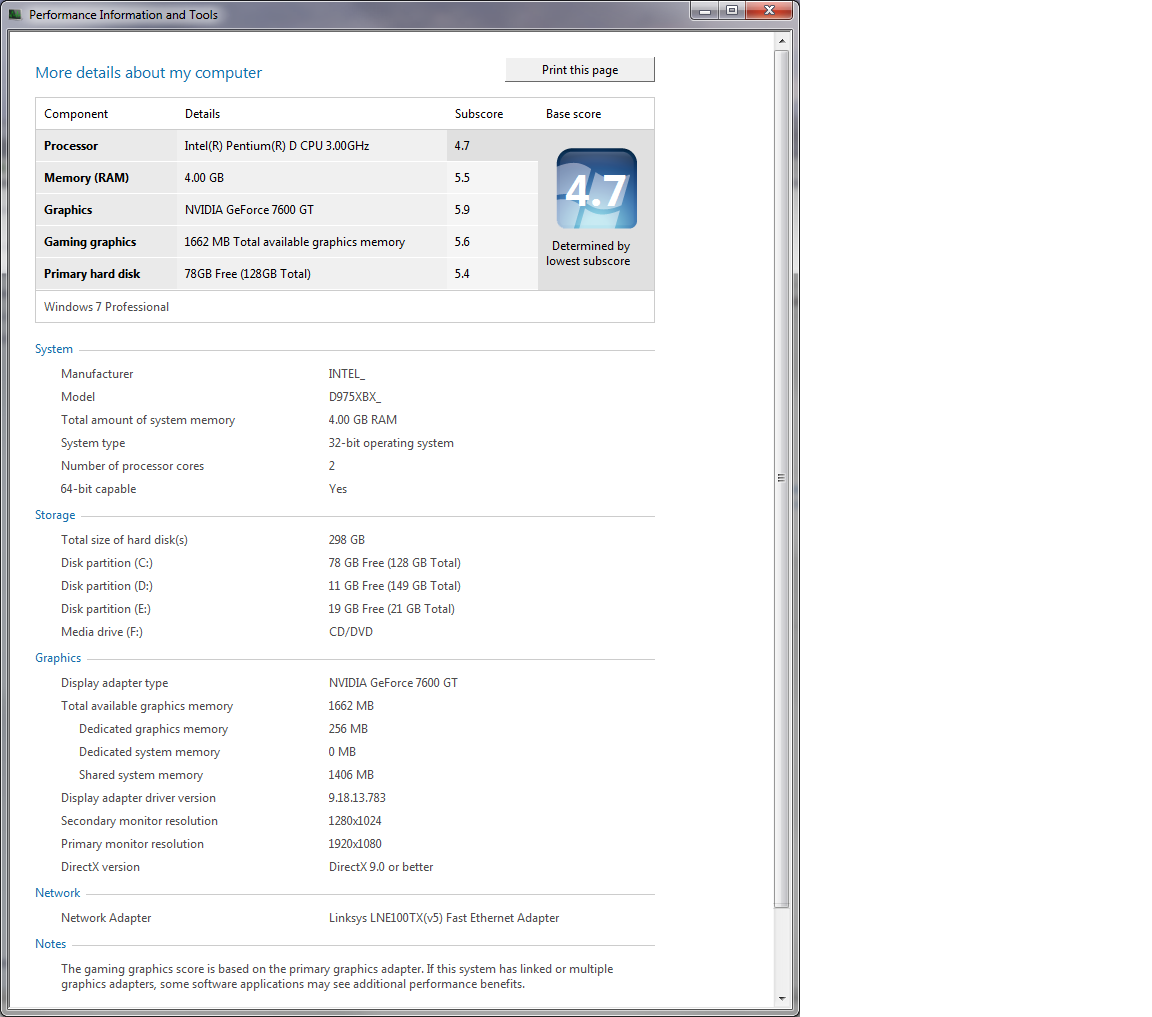 Have you tried it with Chrome and nothing else open? (I’m guessing you have, but I just wanted to weed out any trouble shooting steps)

I had the same problem, with easel being slow and clunky. Paul emailed and suggested Easel works way better on Google chrome. He was dead right.I have no problems with it now.

What browser were you using before chrome?

Ok, I did a little homework and here is what I found.

My original try was with Internet Explorer version 11. Starting up Easel used 30 to 50 percent of the CPU time (dual CPU) and less than 1 percent of the network bandwidth. User interface was slow enough to be unusable.

As per suggestions from people here I downloaded and tried Chrome with the following results. Starting up Easel took 7 to 10 percent of the CPU time and less than 1 percent of the network bandwidth. User interface was better, but still painful to use. Could be done in a pinch but would not be productive for general work.

Aside from the performance issue, in this testing it has become clear to me that this is a bad way to go. Depending on network access, is a disaster waiting to happen. If for any reason the network is down your workflow stops dead. Not only can you not work on your project, you don’t even have access to the files so that you can work offline. A power outage anywhere (network routing) could result is a cessation of work even if your part of the country has power.

If you must have a standalone solution to your design and cutting needs as backup, you might as well use that tool chain for your primary work flow.

I just don’t buy into the whole cloud idea. This is something that was done in the 1970s when computer time was extremely expensive and the problems that occurred then have been forgotten in the “new” invention of the “cloud”.

I still might use Easel for hobby stuff, just to give it a chance once I get my X-carve, but right now I’m thinking about MeshCam and Universal G-code Sender. MeshCam has support problems, but I’m looking into that.

Thanks for all the replies and suggestions…
Larry

meshcam is $250. surely theres something cheaper than that (or free)

We also sell the vectric software. Take a look at V Carve Pro.