I have my machine torn apart, and I’m replacing several of the brackets etc… and I’ve been having issues with my Z axis, is this one pictured the Microcarve or cncNewbie model? 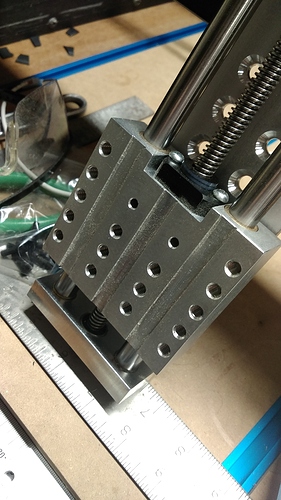 And that’s the one @PhilJohnson and others have had issues with…? 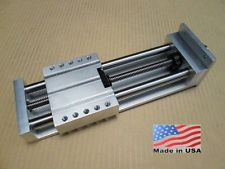 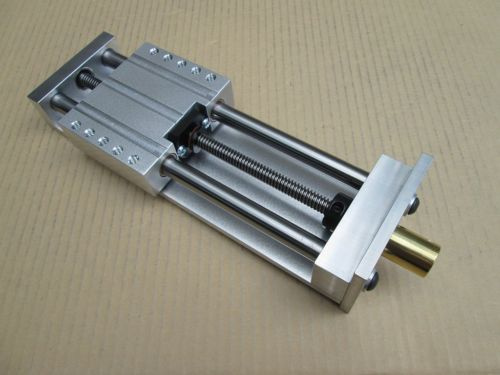 This is the current Microcarve Z Axis being offered. Can’t say the one you have isn’t though.

i have one and I’m perfectly happy with it.

What are your issues with those?

I re-searched the posts and found someone had issues, but I’m trying to understand, was the failure in the acme screw / nut (green arrow), or the seemingly press-in bushings in the block (red arrows). 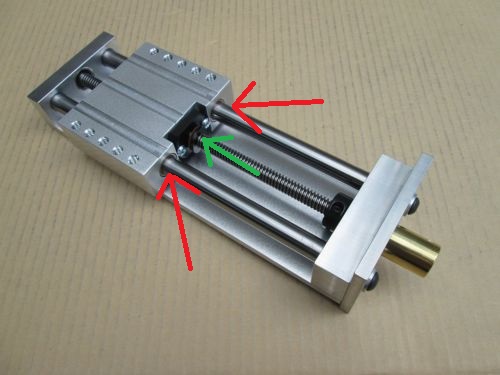 I want to get this machine back together, but I don’t want to add crappy components in to a re-build.

Maybe I got lucky, there’s no slop in this one. they look like they’re brass, and I don’t see any evidence of epoxy, they look to be press-fit into the block, and on the back side of the block there are plugs, which IMHO should be grub screws… but again, no evidence of there even being enough tolerance between the aluminum block and brass to accommodate adhesive (or anything else).

The big complaint I have about the cnc newbie kit is that the screw looks like a regular 1/4-20 screw, and the nut is very thin, seemingly 100% plastic with no visible metal threads, whereas the microcarve is a legitimate acme screw, with nut.

Turning the cnc newbie screw by hand is nearly impossible, whereas the microcarve (assuming that’s what I have) is smooth.

Since i’m building a second machine (from spare parts) for my dad, i’m going to try both and see what the results are.

Ok, then something is amiss with the cnc newbie I have, heres what it looks like, not at all like Bob’s 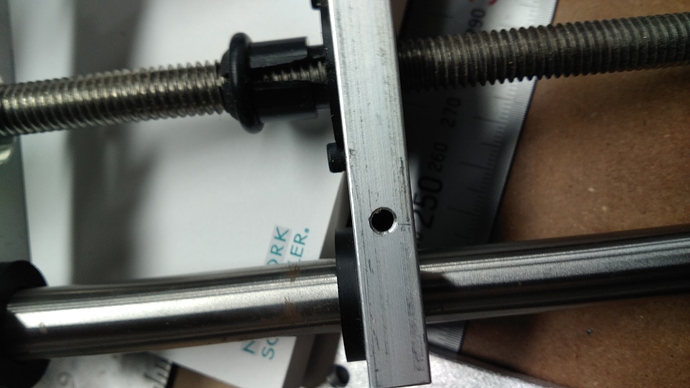 They offer two versions of threaded rods. You have the default version but like Phil said, they offer an acme threaded rod upgrade that you can order as well (around $30 I think).

Looks like the bearings are quite different as well…

Hard to get a good internal photo. 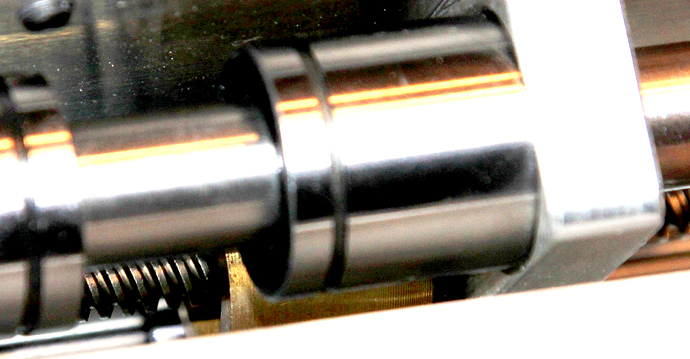 Thanks, mine looks completely different, but I have had it for awhile, so I’m willing to bet it was the beta or v1 …

At least I know to avoid the Microcarve, so that’s a big win, I’ll be ordering the new cnc4newbies version.

hmm i just double checked, and mine is definitely a microcarve. But I took it apart a few months ago and did not see anything suspicious. reassembly was also without any issues and it’s still holding up today.

Maybe I got a good run. idk.

sucks though if some of you got a bad one.

I have the same version as yours with the upgraded fast rod. I saw some other posts on the forum about them just adding linear bearings. So I think you’re right, we just have earlier versions with delrin (I think) bushings.