I have been trying to make some jigsaw puzzle using some simple pictures i’ve found online. When I try and import, create an svg in both Adobe IA and Inkscape I always get 2 set of line on the outside and inside, when these are imported into Easel it reads them as 2 cut lines which makes the cuts even bigger. I have even spent time using the pen tool in Adobe IA to do a manual trace and get the same problem. 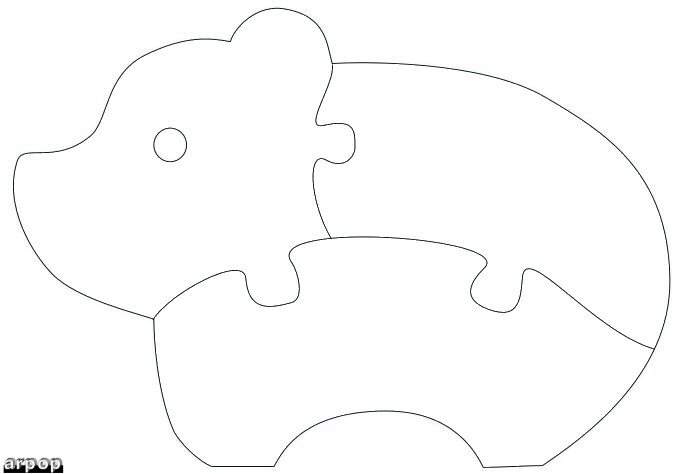 it’s a worthless file to start with.
you’re getting two lines because it sees the lines as shapes (very thin ones, but shapes nontheless)

I guess it’s the result of an automated trace judgung from the lines’ inconsistency.
Let me see if I can work with it. give me a minute

Would image trace work for your purposes? Seems as though you could just import the jpeg file directly in to Easel and work with that.

I manually used the pen tool and made my own trace over the lines and I get the same effect. Ill see if I can post it upcz-bear.ai (59.4 KB)

now you have to tell me how you did that Sir?

in this particular instance i just deleted the outside perimeter which left the 3 separate pieces outline. There was some manual cleanup though because some of the lines were interrupted which was invisible because of the added stroke. So yeah a lot was wrong with it

I suggest to do the following for other pieces:
get comfortable with your software and know the difference between strokes, fills, lines and shapes.
start off with separate pieces like I arranged them. Autotrace with lines as output. Illustrator has the option in the autotrace panel