I did a small project a few days ago and it took a lot longer than it should have. Just loaded a test drawing and it shows a small 2" circle that will take almost half an hour to cut. Is it something in the way I brought in the SVG file? 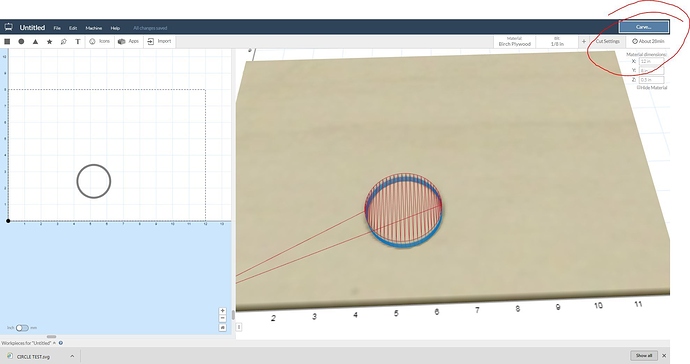 Something is very wrong. The red lines are move lines…that is moving way too much. Try just drawing a circle in Easel.

I know what the lines mean, that’s why I’m confused. This was just a test to see what might have gone wrong on my last project. It segments the curves and takes a long time to carve.

You sure it’s not a series of points that make up a circle?

Positive. The last one I carved, I had to sand all of the lined curves to make them an actual curve

You can see in this picture from the last carve. The rounded corners are all line segments. 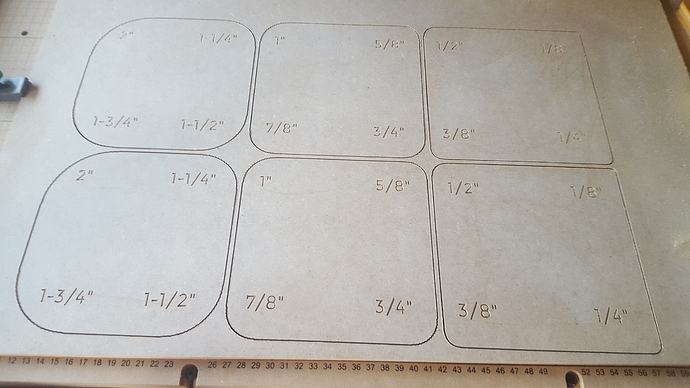 Off hand, I have no clue. I converted a DXF to SVG through an online service. I was told nobody else has had these problems, so here I am, with the X-Carve Gurus

Isn’t there something in AutoCAD that determines segments in arcs? That could be compounding the issue as well if it is sending segment through to the DXF.

This test (in the screenshot) was done with one circle. Worst case, it should have been 4 segments because of the quadrants.

I can do that when I get home and the machine is on. At work right now. Just hoping it was something in the way the file was converted and nothing with the programming on grbl

Does this help? Side by side comparison of my test from AutoCAD (left), and a circle drawn in Easel (right) 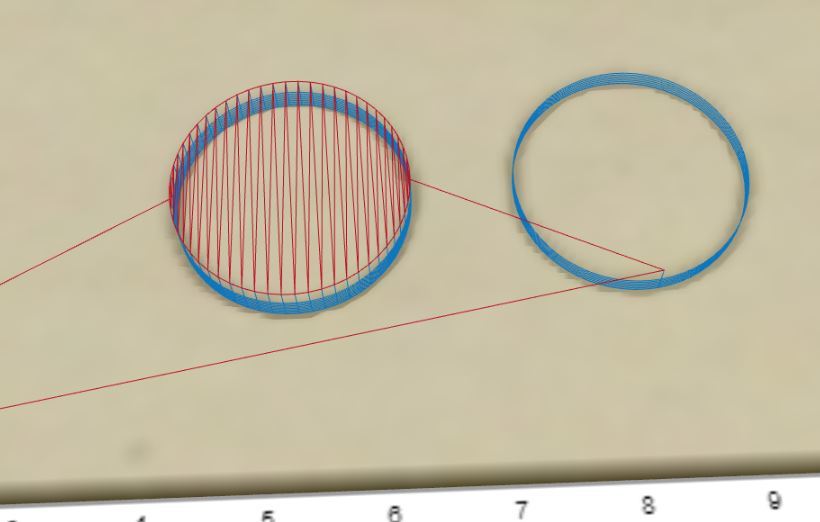 Yup, just a simple 2" circle. Tossed in the CAD file, too. Just trying to figure it out before going to town on AutoCAD with new projects.
I use AutoCAD and Solid Works all day here, so it would be ideal to be able to draw things up on my lunch break, load them into my Easel account and have them ready to go when I get home.

I’ll try that when I get to the house. The admins here won’t let me install that software on the work computer.

Tell them that you need it for design.

HAHA, yeah right. They already made an exception for me to have Fusion 360 and Autodesk HSM. Can’t figure those out either though

OK, i did this and threw my last deign into Easel. It went from an hour-16 minute carve, to 7 minutes. Thank you.
I figured out a system, i draw everything up at work, save it as a DXF file to a flash drive and bring that home to Inkscape.

The other question, how do I tell the system to do the type of cut? Do i need to hatch in the objects in AutoCAD when drafting them?

It’s carving now, forgot to set the tabs on the lines. now there’s about 32 tabs per piece. Live and learn.
This makes a square in 4 pieces. how do you join them for a continuous shape?

some of this seems like it could be fixed with a few compatibility issues between softwares.

How do I join them in CAD? i tried grouping and got the same results. haven’t tried it yet with this new process, so I’ll do that tomorrow and see.

And of course, bit broke…
i’m pouring a beer from the keg, been one of those days.

You got it.
Got my beer and got a shot of Crown (I have a few handles left over from a party)

Is joining the same as grouping?