Hey everyone,
I have had my machine up and running for just about two weeks and am loving it thus far (and making a lot of mistakes.) Today was was working on a smoothing pass for a topo map which requires alot of movement on the Z axis. I had a .125 Ball nose bit and it was going quite well until I noticed that the Z axis was digging deeper and causing terracing. I stopped the carve, cleaned the wheels, tested the axis, tightened the collet. All seemed good so I re-homed the machine and started again. It started fine. Carving right over the original with no shavings and then 2 minutes later, its 2mm below where it should be. When I stopped the carve the machine didn’t even raise the bit highenough to clear the work piece before returning to home causing that awful grinding of missed steps. 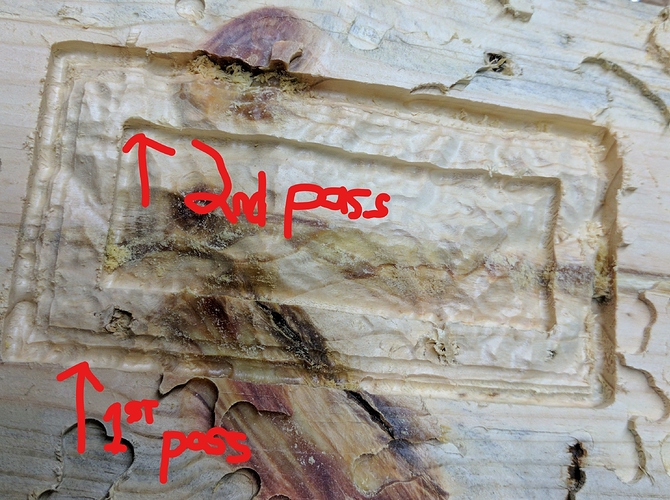 Upon a little further investigation of the Z axis belt I noticed this damage. Not sure when it got there but I have to imagine that its not good to keep using it. I ordered another one and will be waiting a few days for the replacement but I wanted to know if there is anything else that I should be checking. 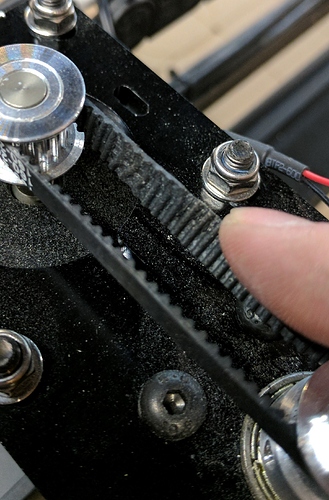 Thanks for the feedback. I have checked and adjusted the v-wheels. I can definitely turn them by hand so I don’t think I have too much there. I will check the Delrin nut, and the alignment of the motor pullies. I guess I want the belt to be tracking right in the middle of them, correct?