I received my X-Carve 1000 bits earlier this week. I have some spare time today so I’m starting assembly.

First impressions are that the kit is packed really well. Nice and tidy. Clearly labeled. I thought I was a bit of a perfectionist but whoever packed these boxes has me beat!

So far I’ve assembled the X-Carriage. It would be nice if there was a list of tools needed before each task. I figured it out of course but only after grabbing at different sized wrenches and such. I fumbled through it pretty good.

Some of the Idlers and V Wheels are a bit stiff… meaning they don’t spin well. Most of them do but some seem stuck. Maybe further into assembly that’ll sort itself out.

Other than that, I’m on to Y-Plates. I’ll check back in soon. 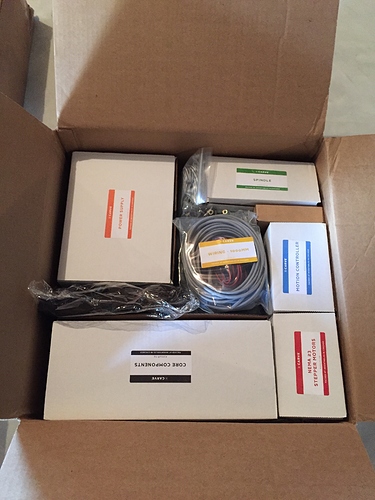 The online instructions are easy to follow. The videos help a lot too. 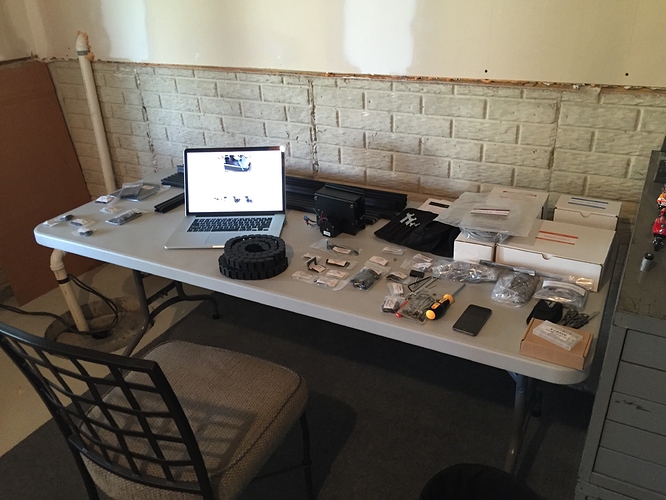 I forgot to mention… one of the eccentric M5 nuts is being a bit finicky and won’t thread onto the bolts. Hopefully I can get it to work but I don’t want to cross thread anything. Fingers crossed.

If you have or can get a 5m tap and run that through the nut it should cure your problem. I expect that nut did not get threaded all the way through.

Thanks @DavidSohlstrom, I think I’ve got a 5mm tap from a previous project so I’ll try that.

So I just got done assembling the Y Plates. Simple enough.

One of the plates had a build up of paint inside the hole for the motor. When I tightened down the motor the paint broke free. I think it’ll be OK.

The idlers and mounts for the motor are pretty tight! I got things put together finally but those were a bit tricky. 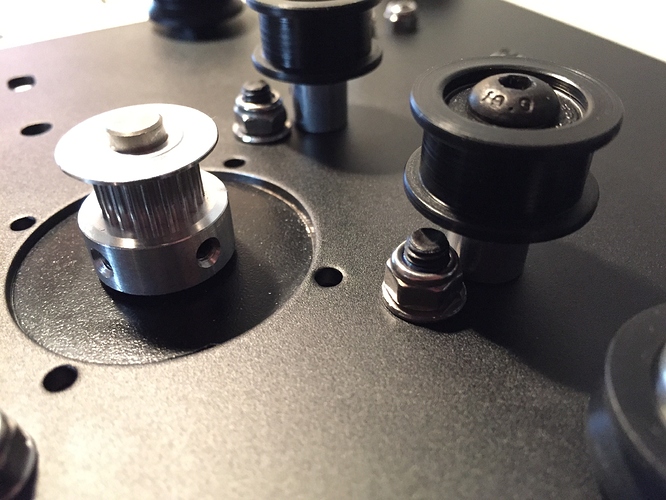 I “He Man’d” one of the terminal blocks. Be careful not to over tighten. The blocks are made of a soft plastic. It’s deceiving with the tension on the lock nut but not much force is needed at all. 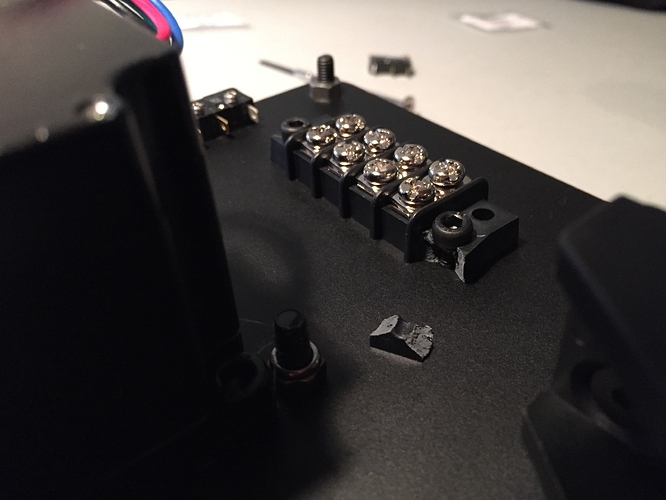 When mounting the limit switch I think there are unnecessary nuts used. No biggie of course. The plate is threaded so it seems like the nuts aren’t serving much of a purpose. 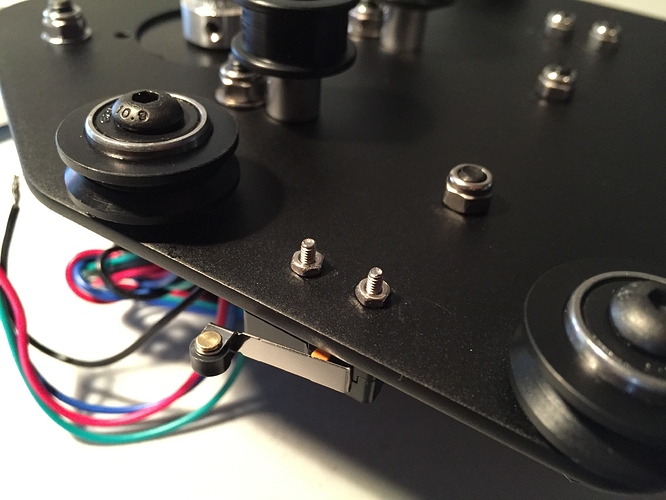 So anyway, this is where I sit at the moment. Not sure when I’ll get to the rest but this may be it for a few days. 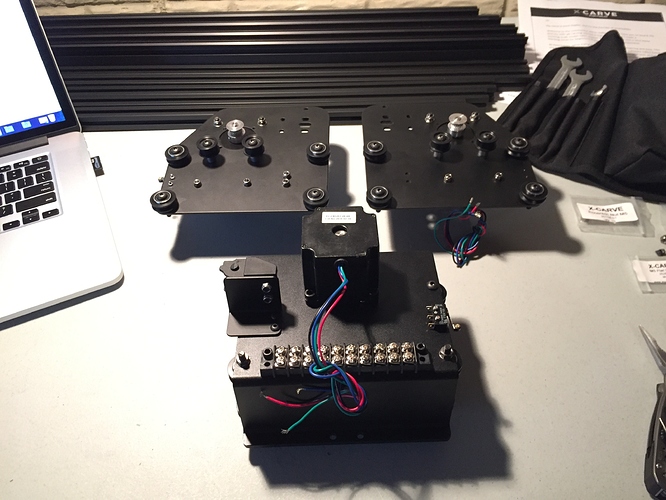 I got the gantry and Y-axis bits done today. Pretty straight forward. 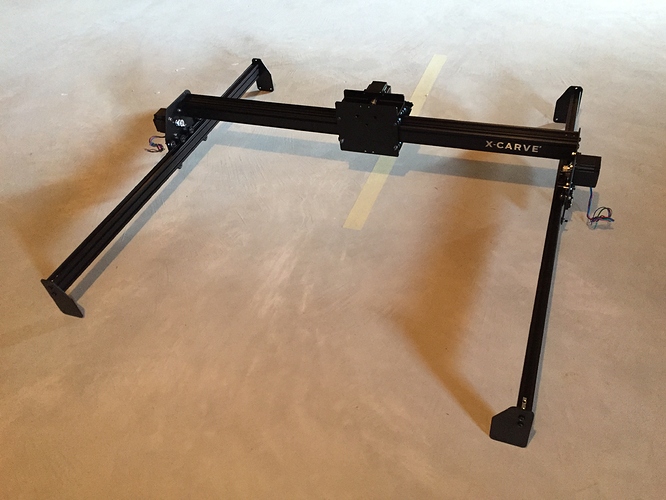 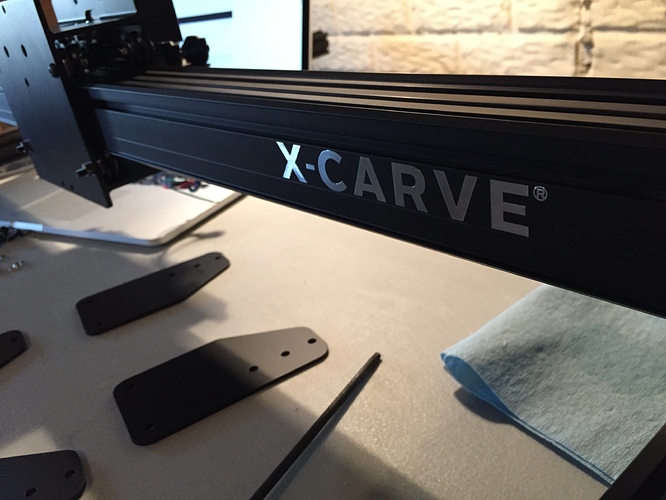 @AngusMcleod - Thanks for the tips!

How did you get the self tapping screws to go in?

I used inventable’s driver, and I got 3 of them partially in, and then I started tightening down, and the 3 heads snapped off, so I now have broken makerslide and broken screws… The struggle is truly real…

@HarrisonFreni I coated the threads of the screws with WD40 before screwing them in. Sad to hear about your experience.

@HarrisonFreni I coated the threads of the screws with WD40 before screwing them in. Sad to hear about your experience.

I used a Craftsman T-handle T25 driver. I didn’t use the Inventables tool kit for this task.

I did use the tool kit for other tasks but noticed the quality was poor so I stopped using them. It would be nice if the tool kit contained higher quality tools.

I agree it’s inexpensive. I don’t agree that it’s sufficient to build an X-carve based on my experience. One of the wrenches is stripped therefor I won’t be able to use it to continue my build.

hello…
i want to build CNC 1500 x 1500 use makersilde
whether the X axis using 2x makerslide strong enough?
or use 4x makerslide like cnc mogul?
thank you