First thing I did tonight was take care of the screw I broke. I didn’t do that well at all but a M6 w/ nylock nut worked fine for now. I’ll be ordering a new spindle mount due to my stupidity. Lesson learned…luckily only a $35 lesson.

Next I did some pot adjustment. I looked at the schematic today and, based on LarryM’s other posts, realized that a non-moving pot adjustment of the voltage would work. All three pots measured approx. 1V stock so I bumped them all up to approx 1.75V. Did some motion tests and everything was working just fine. So after clearing the table, putting the electronics back in their spot, securing (so I thought) the piece of 1/2" birch plywood, and adjusting the SuckIt, it was time for the first cut.

It was a partial success! 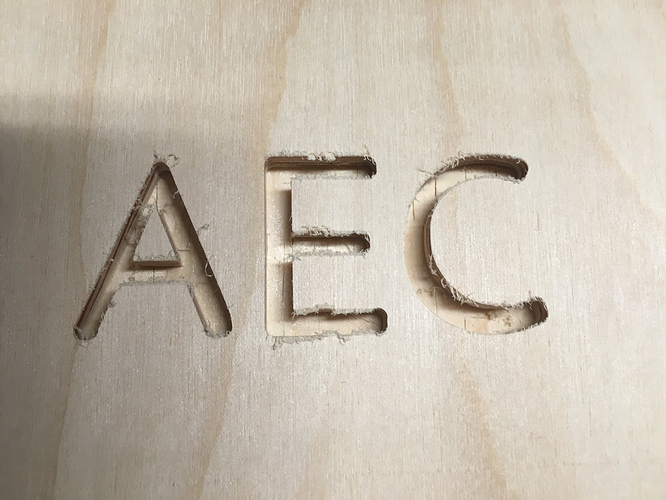 While it was doing the logo, the work piece lifted off the spoil board and well…it messed up the cut. I stopped it and nothing seemed damaged. I’ll do better securing the plywood next time. 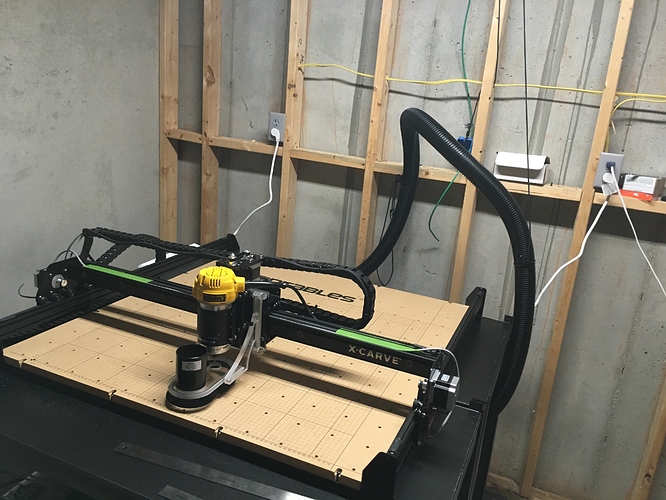 Went and calibrated the steps/mm and both X and Y needed changes (used a 440 mm step). Z axis appeared spot on.

Next step is the calibration project I’ve seen around here and then testing out the Rpi.

Time to get busy carving!

It’s the SuckIt dust boot man! There was NOTHING left during the carve. I actually turned the vac off for like 10 seconds just to hear the router noise (which is really quiet at speed 1…my craftsman router is MUCH louder) and just a bit of dust came out of the boot and on to the table where the boot was hanging off. When I turned the vac back on, it actually sucked up the dust that was on the table surface…not the spoilboard but the table surface itself…1/2" plywood plus the spoilboard plus the aluminum extrustion and it still sucked it up…

We’re actually going to be cutting a sign for a friend’s birthday tonight/tomorrow which should be larger and a bit more in detail so we’ll see how it does! Real job gets in the way…

So, going to retry the carve again here soon.

I love this thing and it’s only day 2.

I’m realizing the downside of not connecting my home switches yet but that’s a choice I’ve made for now (long story about why). Changing bits caused the gantry to move so it lost the work position from the roughing pass before I could do the detail pass. Switches get connected with the Xcontroller. along with the probe, vac relay, and spindle relay.

I’ve got a few issues with cutting that I need to iron out, some I think is material and bit combination (this is scrap 1x12 common board from Lowes/HD…so pine or spruce or fir). This picture illustrates most of what I’m seeing (ignore the errorneous cuts…see no homing switch connected above) 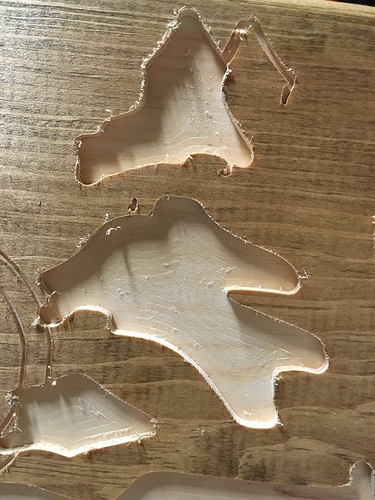 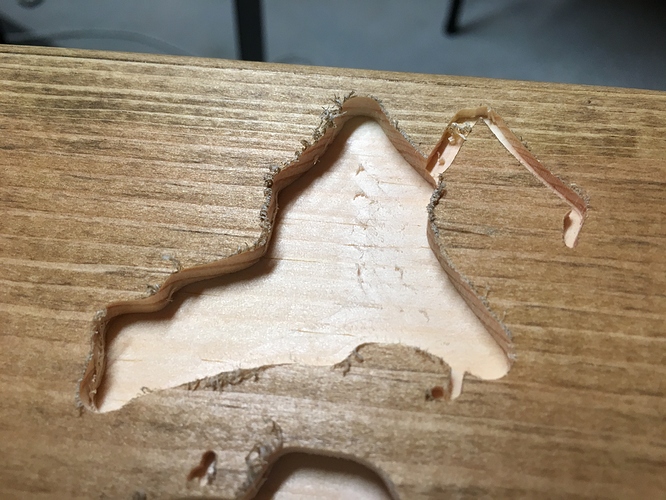 I was running that at 45 ipm with a 9ipm plunge rate and 0.03" DOC. Didn’t seem to be having difficulties that I could tell but maybe I need to adjust. 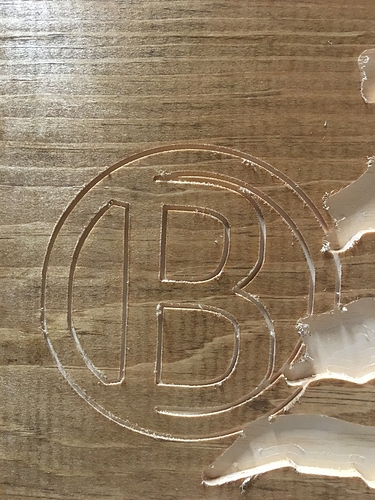 Time will be devoted tomorrow to run RobertA_Rieke’s test procedure to see what’s going on. Hopefully that tells me something. 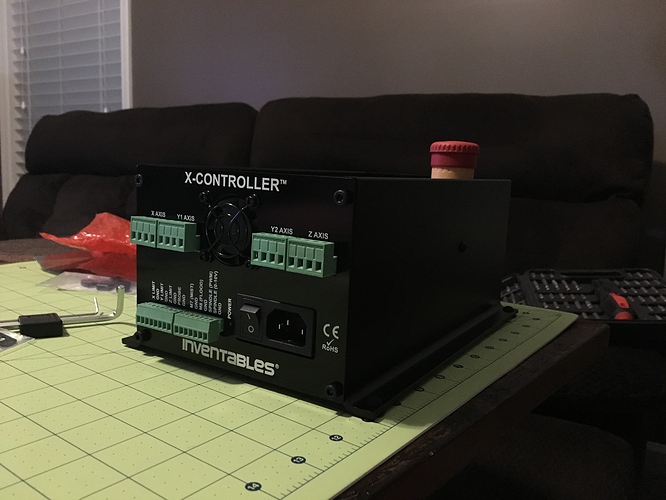 Hoping to get the following done tomorrow:

Hopefully I’ll be doing some carves come tomorrow night and can call this build complete.