So, based on the success of the pen case concept, one of my friends over on the Bark River forum asked me if I could do a case for a knife. This caused some head-scratching, on the general method of programming a shape like that, but my wife came to the rescue with a bit of photoshop-ninja. She took a top-down photo and traced it into black and white for me, then I imported it to V-Carve and vectorized it. The photo was (at my request) taken next to a ruler, so I was able to scale the vector to fit, then add .050 all around to give clearance. A couple of finger-grips were tossed in for good measure, and I set it up to run. 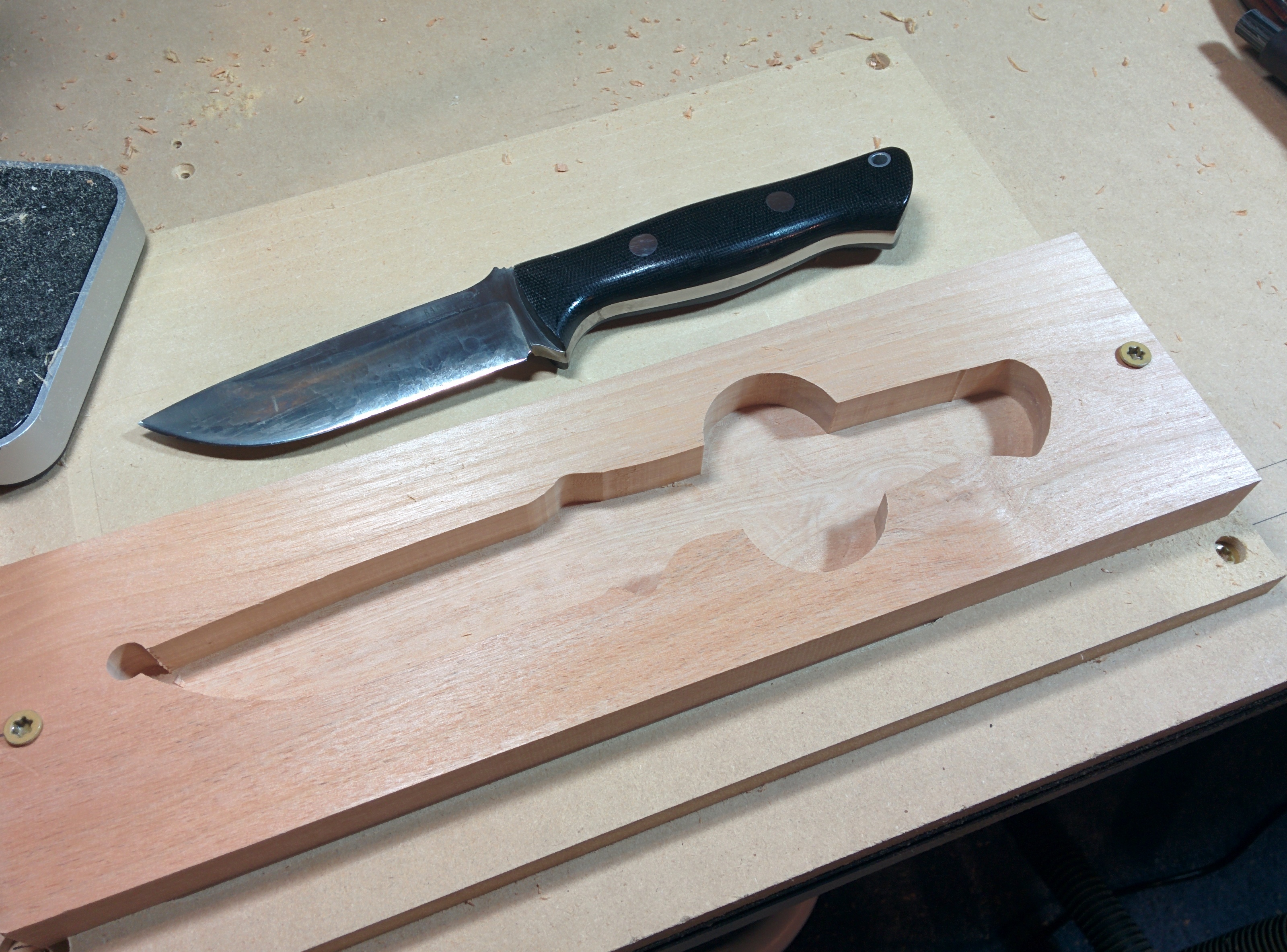 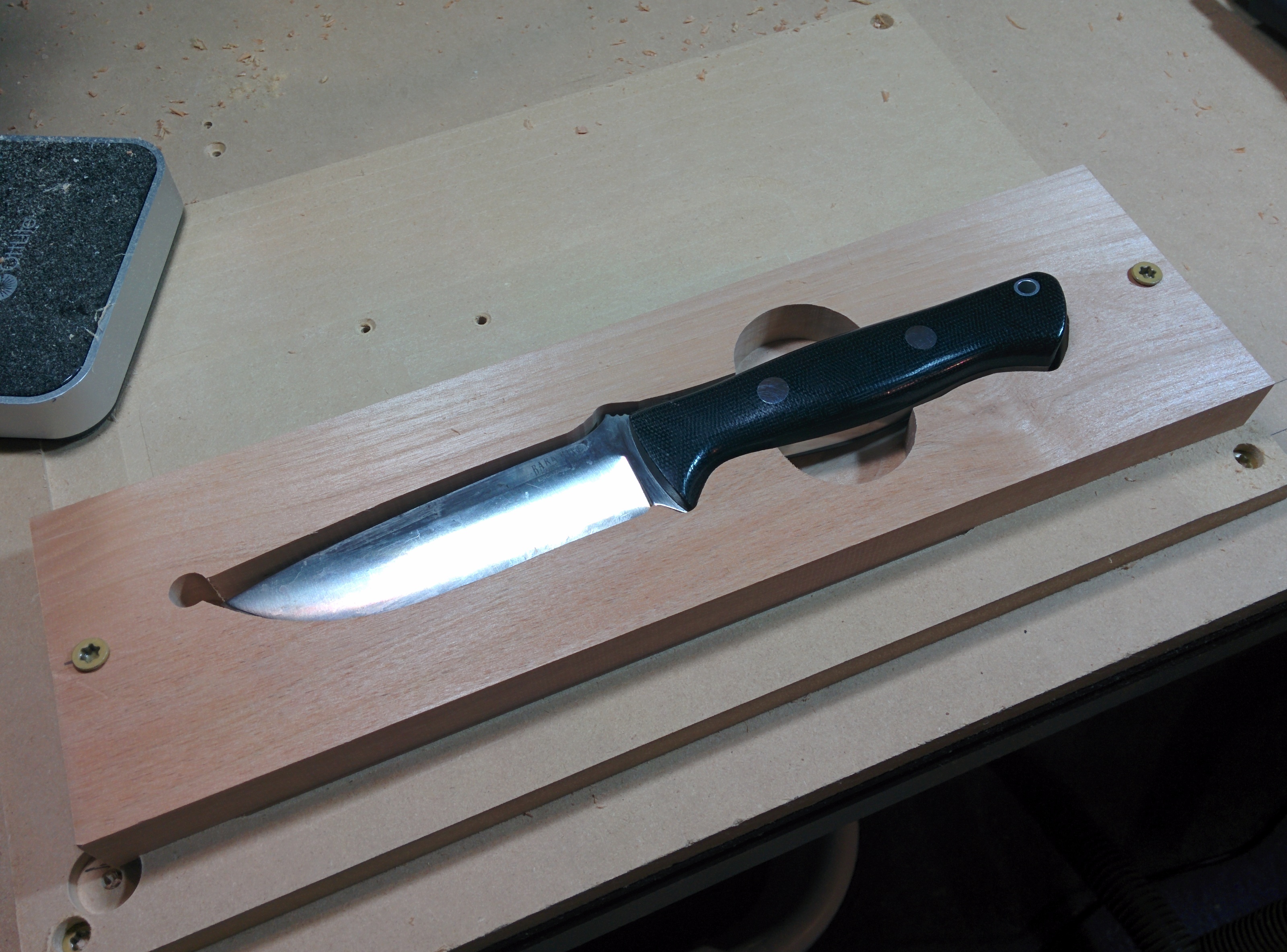 Not a perfect fit, my scaling in length was just about an eighth-inch off, but pretty darn close. Next shot will have it just about nailed down, and I’ll add the pockets for hinges, magnets, and general case shape.

Nice, I am doing this exact same thing for folding knives, and going to have them 1/2 in wood, and 1/2 out, with rare earth magnets to hold them in place. Great job.

I use Easel, and wish Easel would have a better ruler to use so you could see at least 1/4 1/2 and 3/4 measurements so I can scale them much better.

Sounds like a good plan to me. Right after I cut this one out, I’ve figured out a better way to scale it. I’m just going to create a rectangle of the dimensions it’s supposed to be, scale the graphic until it fits that perfectly, then expand for clearance and cut it. I just won’t program a toolpath for the square, so it will be construction geometry. In easel, you could just delete it once you’d finished the scaling…

That’s awesome! I’m planning on doing knife handle scales almost the same way. My plan is to scan the knife blank, then import/vectorize/design the scales to fit the profile.

Looks awesome. I’d love to make one to hold steak knives in a drawer, with the knife vertical (blade down).

I use Easel, and wish Easel would have a better ruler to use so you could see at least 1/4 1/2 and 3/4 measurements so I can scale them much better. 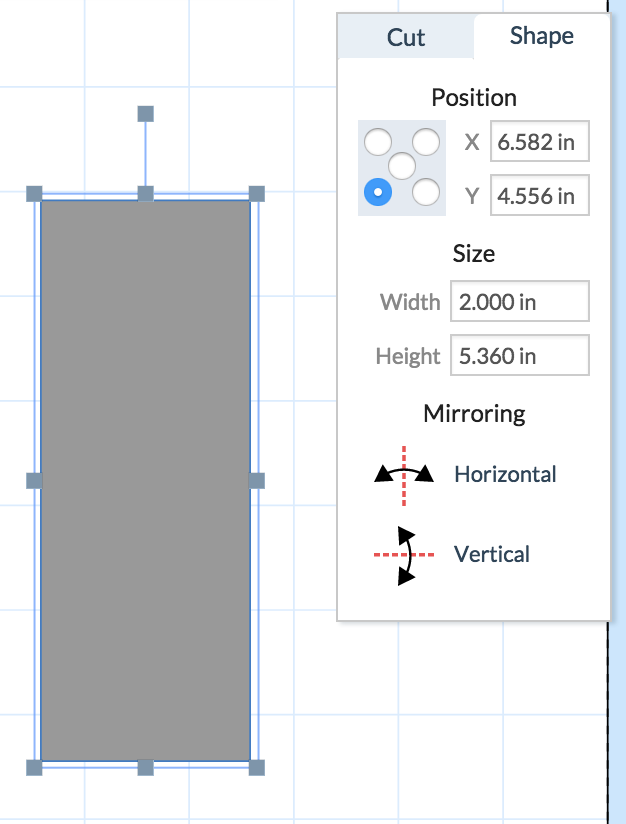 Should work just fine, this actually worked a lot better than I was expecting.

A scanner works great for this aswell and is to scale! Just trace in a cad program and import through some cam software and your good.

Yep, and if I had one I could scan flat, it’d be really easy.

That was more or less how this was done anyway, just from a photo straight down instead.

That’s one reason why I wanted to start with a blade blank, so it would lay flat on the scanner glass, so no issues with parralax…

As already mentioned, I have had best luck with perfectly level parallel camera setup and then using any object as scale. Possibly something more exact than a ruler. Possibly a quarter and then mic the quarter to get an exact measurement. Looks awesome though! And a pretty successful first run!

Of course, if you HAVE the item in your hand, you can always just measure a long dimension on it, and use that to set the scale… And yeah, scanning a blade blank seems like a very good way to do it.