I have a Bradly anodized valve tag and am trying to etch with a 2.8 Jtech Laser. I have done the image in Inkscape and converted with Jtech plugin, No luck then tryed importing the image into Jtechs laser etch. Still no luck.

You might just not have the laser power to do the trick… I know my 30W Epilog unit is running at about 80% power and 100% speed for clean engraving on anodized Aluminum. 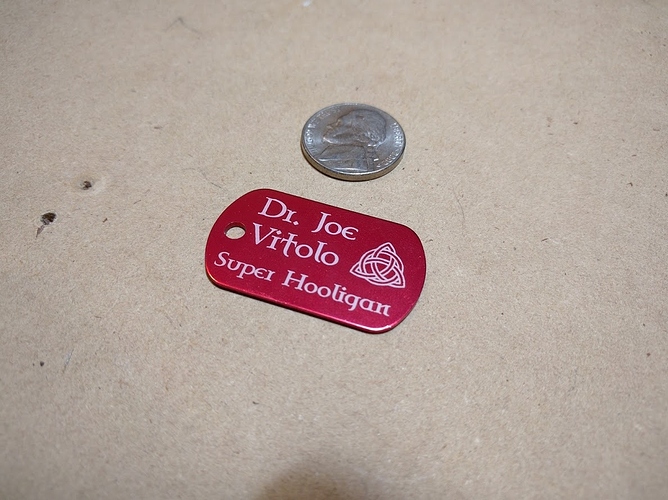 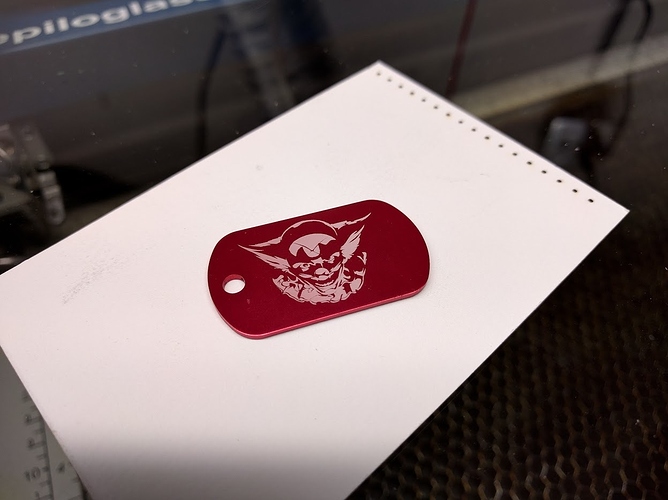 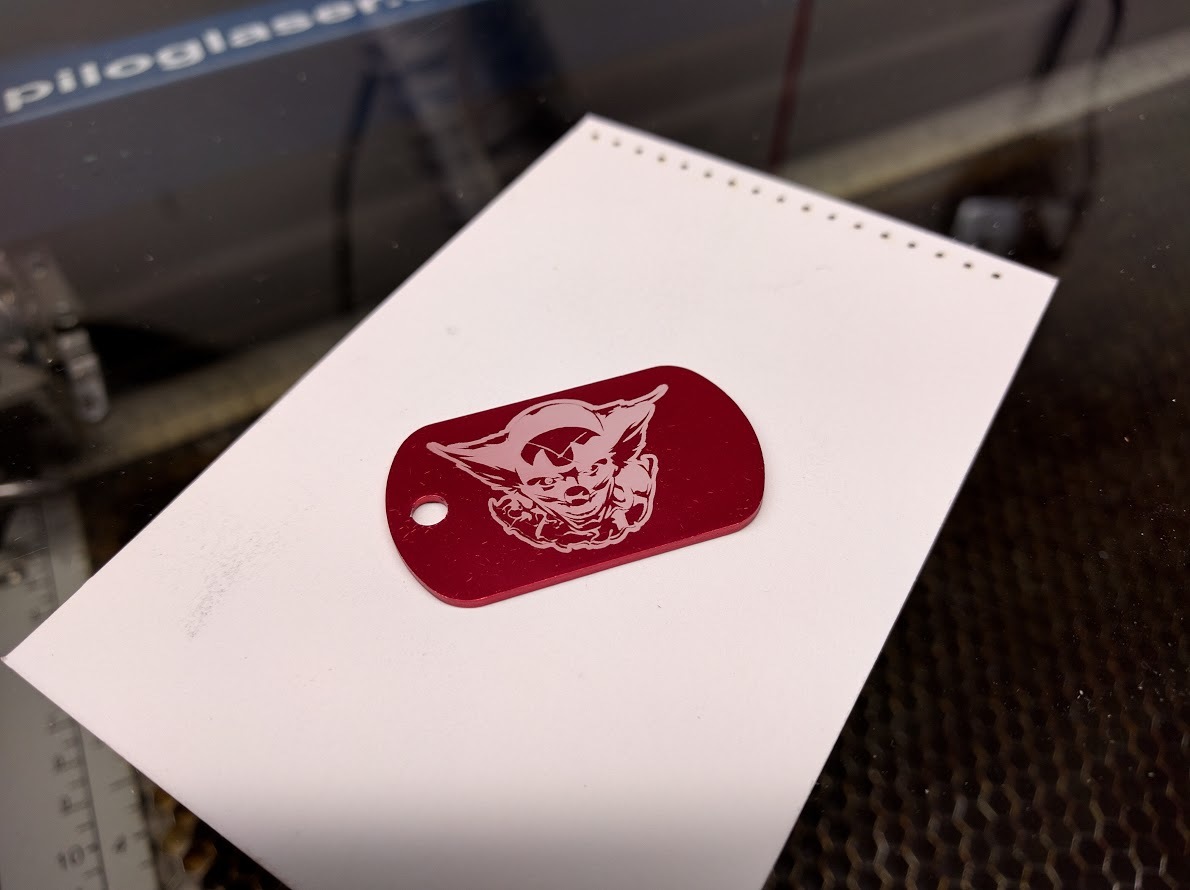 I could be wrong, though. Might be worth dropping the fellow a line and asking! I know it takes a fair bit of punch to do, but maybe with a long enough dwell time, it’ll work.

And what colour/finish is the tag? That’s important.

I mark matt black anodised aluminium no problem at 1.6amps with feeds in the 400-600mm range.

There are different grades of anodizing. Some of those tags even the black ones, we could barely etch with our 6W LD at 4a.

Yes, I called Jay and he said the anodizing varies.The tags were Brady dark green he said try a different color or brand.

You might well be able to mark it but you’ll need to try different speeds and multiple passes.

Set yourself up a little test pattern job that does a series of lines at faster and faster feed rates. You can then run this on any new material to see the effect. Run it several times to increase the effect.

That way you can say, yes, at 1000mm/min feed rate, 10 passes gives the effect I like. Or maybe 100mm/min and one pass gives the same effect on this material (but makes a mess on another).

THEN WRITE IT DOWN SOMEWHERE SAFE!!!

This will guide you next time you want to run the same material, but especially with natural materials, it’ll only be a guide.

Hear hear! Even a lot more laser power and a fancier machine doesn’t make this any less true. I have a big spreadsheet in Excel that I use to track all my materials and settings. It’s a great help when I have to set up a new job.

Hey, I have a handful of tags of various colours from my experimenting that I likely won’t use any time soon. Would you like me to send a few your way to test on?

Our PicEngrave Pro 5 has the ability to save the settings for each type of material and any of the engraving profiles that is being used.