Hi
Switched out my Z limit switch for some similar ones I found on Amazon. Love Prime shipping!! Anyways, these new ones are an exact fit, and have a satisfying CLICK when triggered. Used them yesterday with no issues, using UGS. Today, tried easel ( for the first time since I got cooking with the machine) and it kept getting stuck after the first touch on Z. Closed Easel and went back to UGS… Same thing.
The switch sounds and feels ok.
??
Do I need to unplug the USB and shut down the controller, when i switch programs? Restart the computer? Running a MacBook Pro with OSX 10.4, I believe.
Short of swapping out the switch with another one of the same batch, not sure what to try next.
Thanks

I know that when I want to switch between UGS and Easel I have to unplug / replug the arduino. It seems like whichever program was using it won’t give up the port for the other one.

If you have a multimeter you can check for connectivity across the switch. I believe it should be normally open, so you close the switch to complete the circuit. Check it against the other limit switches to be sure. If the switch is good it’s either a wiring issue or a software issue.

Can you elaborate more about what you mean when you say it gets stuck? What gets stuck, where?

Not sure about unplugging, but I use these from Amazon and never had an issue 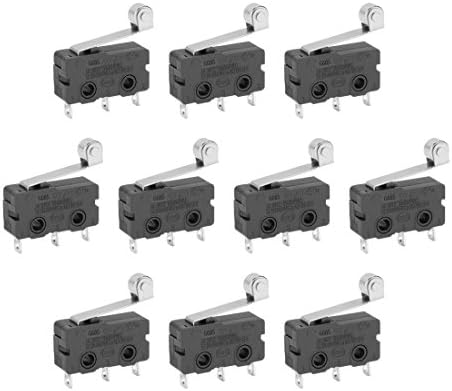 There is also the unshielded wire issue, I went thru upgraded the wire to shielded new amazon switches and decided to not even use them. I ordered 10 switches at the time since I have broke 2 without even getting the unit online with the switches… my issue is the connection at the gshield is melted pretty bad so I can not use the limit switches until I get the xcontroller or a new board.

It just stops moving or responding.
This is also where I’d have an issue with easel. After backing out of the active page, my design would be gone, completely.

Are you using a mouse or trackpad gesture for “back”'on your browser by chance?

Also, in the $$ config for the g shield (you can check this in Easel or UGS), check to make sure hard limits and soft limits are off.

Does easel set limits when you run the machine setup? That’s possibly the only way I’d have limits, because I haven’t done any manually.

Figured it out.
Busted out the multimeter and checked the switch, all good.
Found out it was a loose connection at the controller. Ugh!
On a side note though, found out that $13=1, gives me my coordinates in INCHES on UGS, rather than MM.
I would post a video of my happy dance, but it won’t be as good the second time around, lol.

That’s possibly the only way I’d have limits, because I haven’t done any manually.

If you home your machine you might as well turn soft limits on. With homing and soft limits you don’t break switches and grbl will alarm if your G-code attempts to send your machine out of bounds.

That’s a good idea. I’m still learning what the controller can and can’t do, and also HOW to make it do what I need. I’ll figure it out.