I’ve noticed lots of discussion about limit switches on the forum and all of that is great! Lots of great advice, but I didn’t seem to see a lot of posts with what people have actually done.

I would like to set up my machine with full hard limits (6 switches), normally closed. And yes, try and take the necessary noise shielding precautions along with the recommended pull-down resistors.

Has anyone out there set up their machine like this? If you have, I would love to see some photos and some wiring diagrams!

I have 6 endstops MIN/MAX on all axis. I use inductive sensors (they detect a 3mm and are 100% repeatable) I’ve inserted some pictures below.

As these sensors need 12~30V to operate, I used a logic shifter to take the 24V in and drop it down to either 3.3V or 5V. (so the magic blue smoke will stay in the MCU) This was required when I was running GRBL / TinyG but is not required with LinuxCNC. 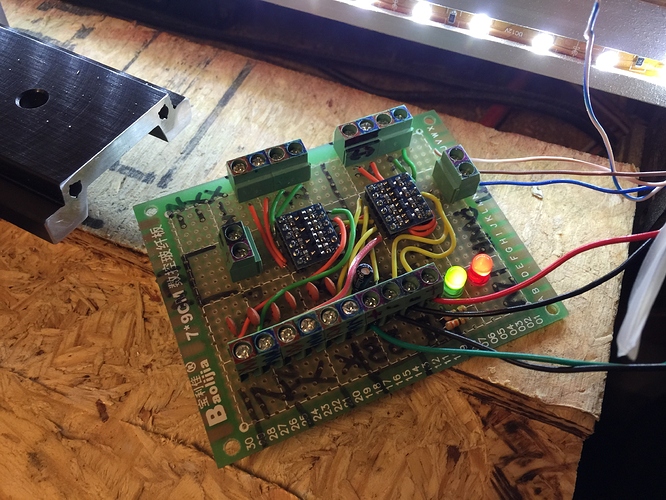 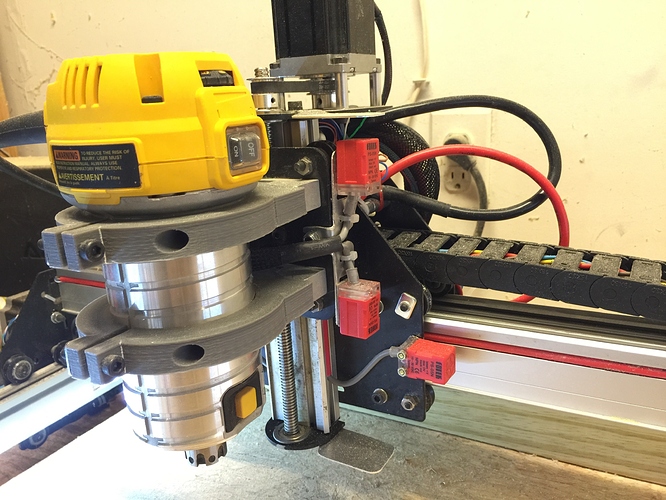 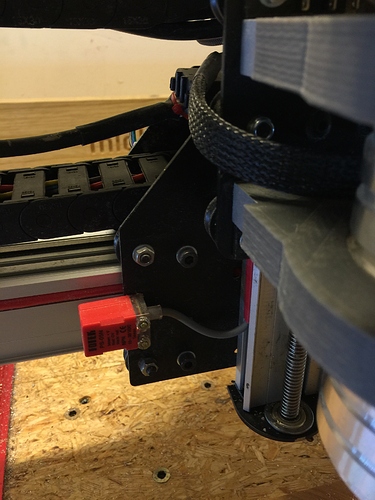 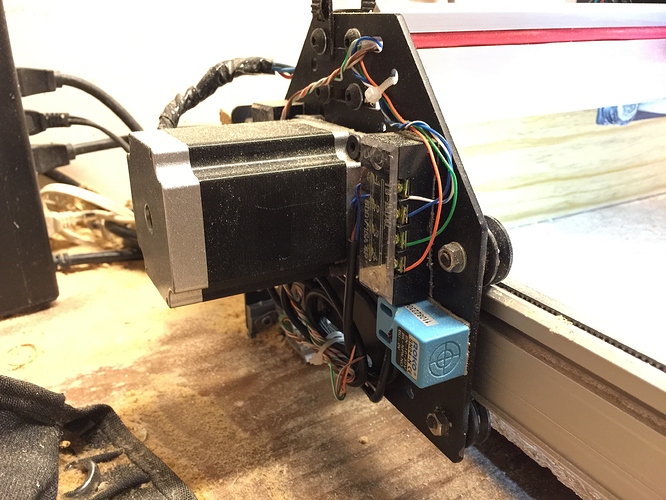 Nice! Those are some serious sensors! Are they normally open or closed? I’ve seen some setups with LEDs so you can visually see that the switches are all good, I think that would be a good addition.

These are all NO and they are all equipped with LEDs.

Nice! The main reason I’m looking to change mine over to normally closed is because on more than 1 occasion my limit switch wires came loose from the grbl shield and switch crushage occurred.

So my thoughts are if the switches are set to normally closed and something like wires comes loose, wires get damaged/cut or a switch is tripped I’ll be covered!

Hey Rusty, if you try to follow ymilord, your head start spinning. He is the real Lord of CNC world.

Also, did you make the lower z-axis bearing? That’s pretty cool. I have the same collet and your spindle mount looks identical to mine - did you print or carve yours? Our set ups are very similar but yours is cool and mine looks like it’s missing pieces (like a lower bearing and sensors).

Sorry to butt in but I am writing visual basic code to zero my machine in Mach 3 using the Auto Tool Zero button and wanted to do something other than an x and y touch plate, so I was looking at inductive sensors.

The brackets are aluminum.

Yes, I have a tool probe that is in the wasteboard. So between tool changes it re-homes then moves right on top of the probe and and waits for me to do the tool change. I hit start on my pendant and it touches off the probe and goes back to cutting.

The whole Z-assembly was purchased from Shaepoko before the SO3 came out. So it’s not on the site anymore.

I am doing the probe stuff via my Post Processor and triggering events in LinuxCNC.

Sorry to bring this topic back from the dead, but what are those sensors called / do you have a part number for them? I want something more accurate then my microswitches. It seems like my switches move slightly over time and it knocks out my zero out!