That same fellow (Kevin Patterson) has a video on YouTube showing his Shapeoko playing Greensleeves. Makes me a little sad that while I struggle just to keep my machine working, he has time to learn how to make his play music (it is surprisingly good)

I’ve messed around with those Hall sensors before, had intended to use them on the DIY machine I never finished. There’s a great thread over at CNCzone with a lot of wiring, testing, mounting, and tuning information. If I can find my bag of sensors, I may revisit this, because I managed to smash my Z switch yesterday.

i killed my z switch today! 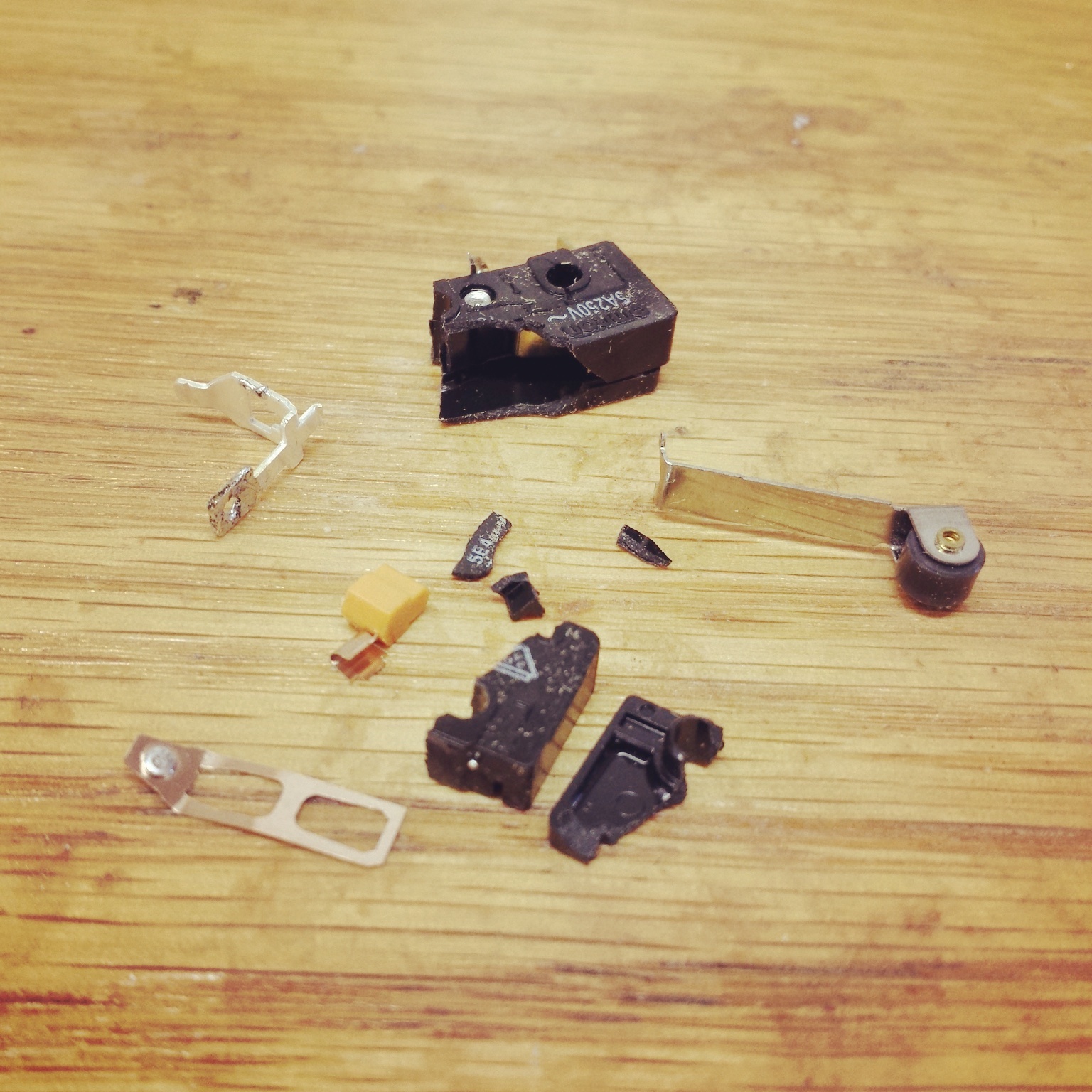 Honestly I feel like the first one’s a right of passage. Maybe we should see about getting a forum profile badge for the people in the club…

So is the limit switch just not stopping the machine? I’m assuming this is happening on a rapid since that switch looks pretty destroyed.

Try this link. I found easy way to guard switch after kill two in same day.

@DavidSohlstrom is right… They are sold as limit switches and until you set them up as such, it is best to consider them homing sensors and nothing more.

Is there somewhere that shows how to set up for “limit” switches?? Arduino website maybe??

The Pins will be the same, you will just need to set it up in GRBL… and in order to really have limit switches on, you will need to add at least 2 more on the other ends of the X and Y like @DavidSohlstrom said.

Here is the link to the GRBL configuration page that should help in understanding how to configure the software side of it:

You’ll want to use something like Universal G-Code Sender to do this.

I say all of this with a bit of reservation… It is probably something I might look into doing in the future with hall effect sensors, but in the end I personally feel it is better to think through an operation before pressing buttons and so far it has helped me not need limit switches. This isn’t advice really, it is just an explanation as to why I haven’t really crashed mine yet and to help others understand that my words should be taken with a grain of salt seeing as I don’t have the wisdom that comes from experience yet. fingers crossed

any idea why it does that now?

Did you update your version of grbl? There’s a setting in the config.h that specifies how many times it engages and backs off from the homing switch.

i didnt make any changes to grbl. worked fine before the new switch went on

Don’t suppose anyone knows what spec the limit switches are? Managed to destroy one today and I suspect it won’t be my last

Are the limit switches worth the trouble? I did not order them with the upgrade and now I am thinking I should just keep manually homing the machine.

I am not sure I could stand the suspense of watching the spindle approach a hard limit just hoping everything works correctly.

For some they are others not so much. I played around with them and ultimately decided not to implement them. But to each his own.

I find that they are essential if you want to use multiple bits for a cut and want to recover your position after changing the bit. Also, if you home your machine when you turn it on, you can set “soft” limits that will keep it from crashing into the ends.

@AllenMassey - I think it depends on how you use the switches. Wired and configured as homing switches they are useful for exactly that - HOMING, but will not stop you from destroying them if you tell the machine to go somewhere it should not go. Wired and configured as limit switches, which would require 6, they can tell your machine to stop moving when it hits them and maybe save the belt or some other part if you tell the machine to go somewhere impossible. All-in-all, the whole homing/limit switch debacle is something that requires a lot of reading and understanding before you will get the most out of it. I have seen some really great write-ups about how to wire them, and how to filter the circuit to avoid or eliminate noise, and whether to wire as NC or NO.

One of the forum posts I have bookmarked for later use
and another
and yes, another

Joined the smashed homing switch club the other day! Yay?

Along with your first deep plunge into the wasteboard, and your first snapped bit.