None of my limiting switches are functioning. Did I wire them improperly? I am also concerned that the gShield has a pretty flimsy connection to the arduino and can come partially disconnected with a light pull on any of the wires. That may or may not be related. I suspect I simply wired something wrong, but potentially some of the pins under the gShield are not seating properly in the arduino, as they are only very loosely held.

edit: Looking at these images I now see immediately that I do have the z axis switch wired differently than the other two. I only believed the other two don’t work because they don’t prevent me from moving the spindle via manual controls in setup, but I never get past the z axis in the automated test because I have to hit stop when it tops out. Maybe the other two work and only the z axis is messed up. I’ll rewire that switch and report back. 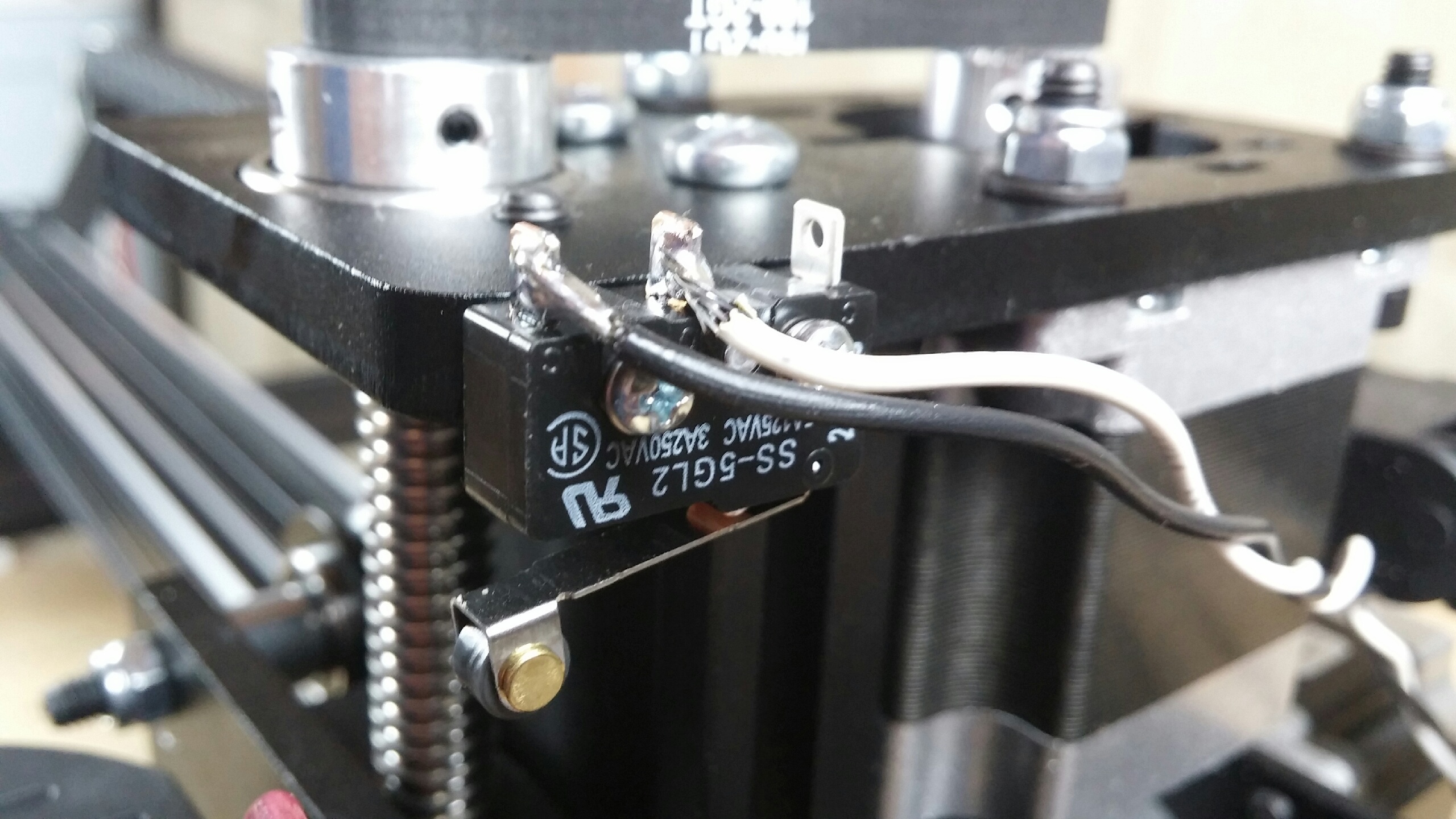 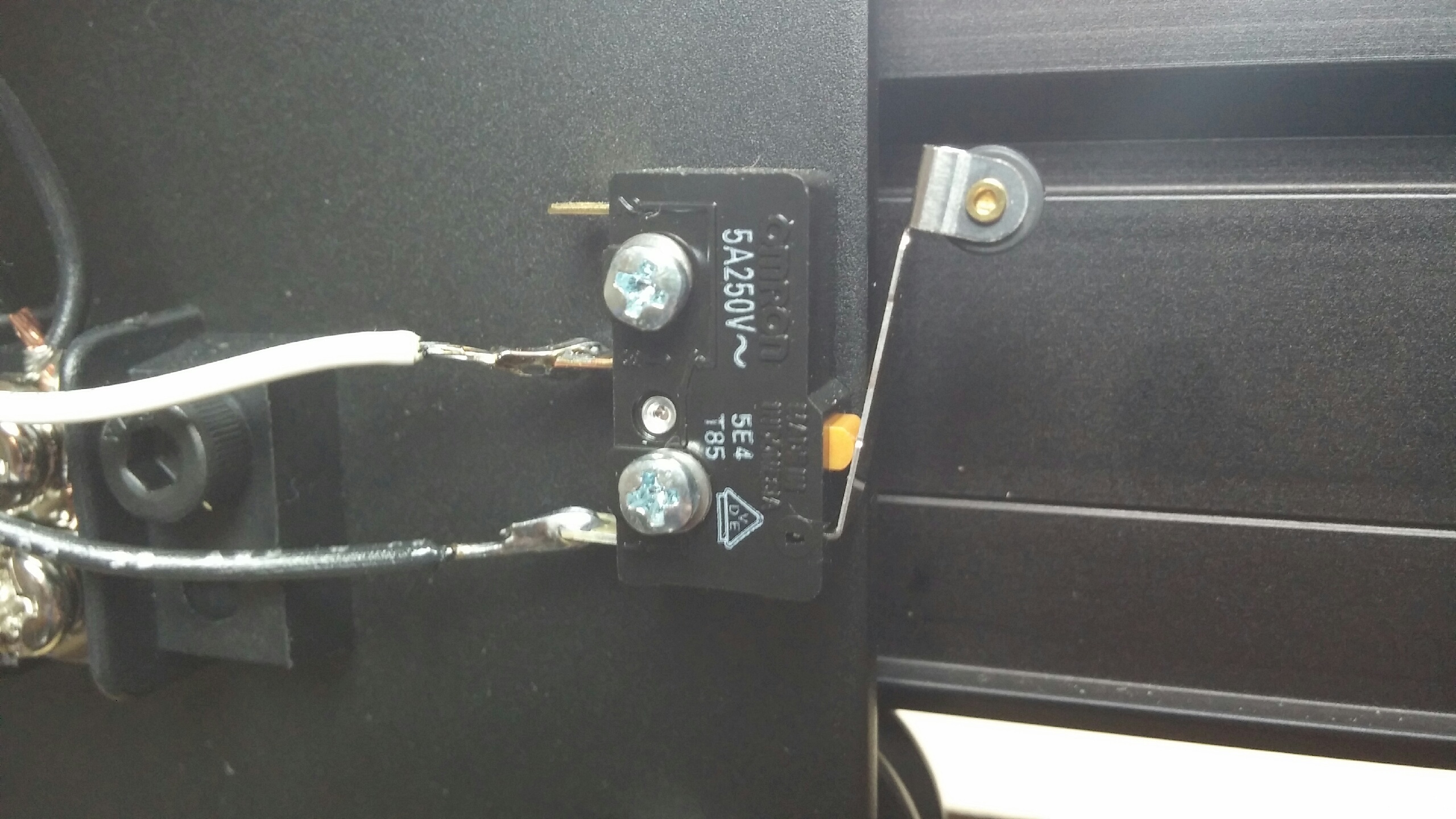 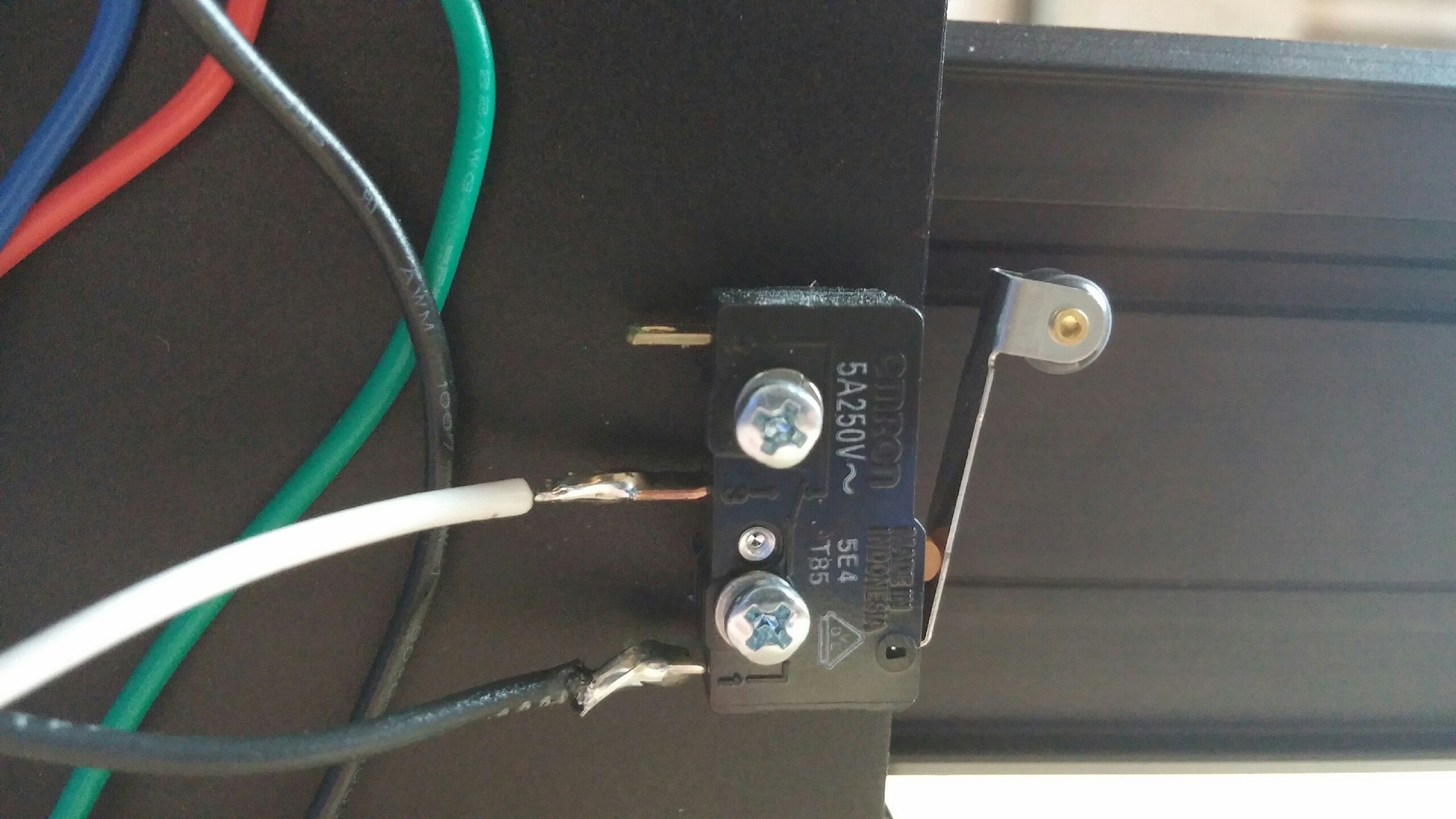 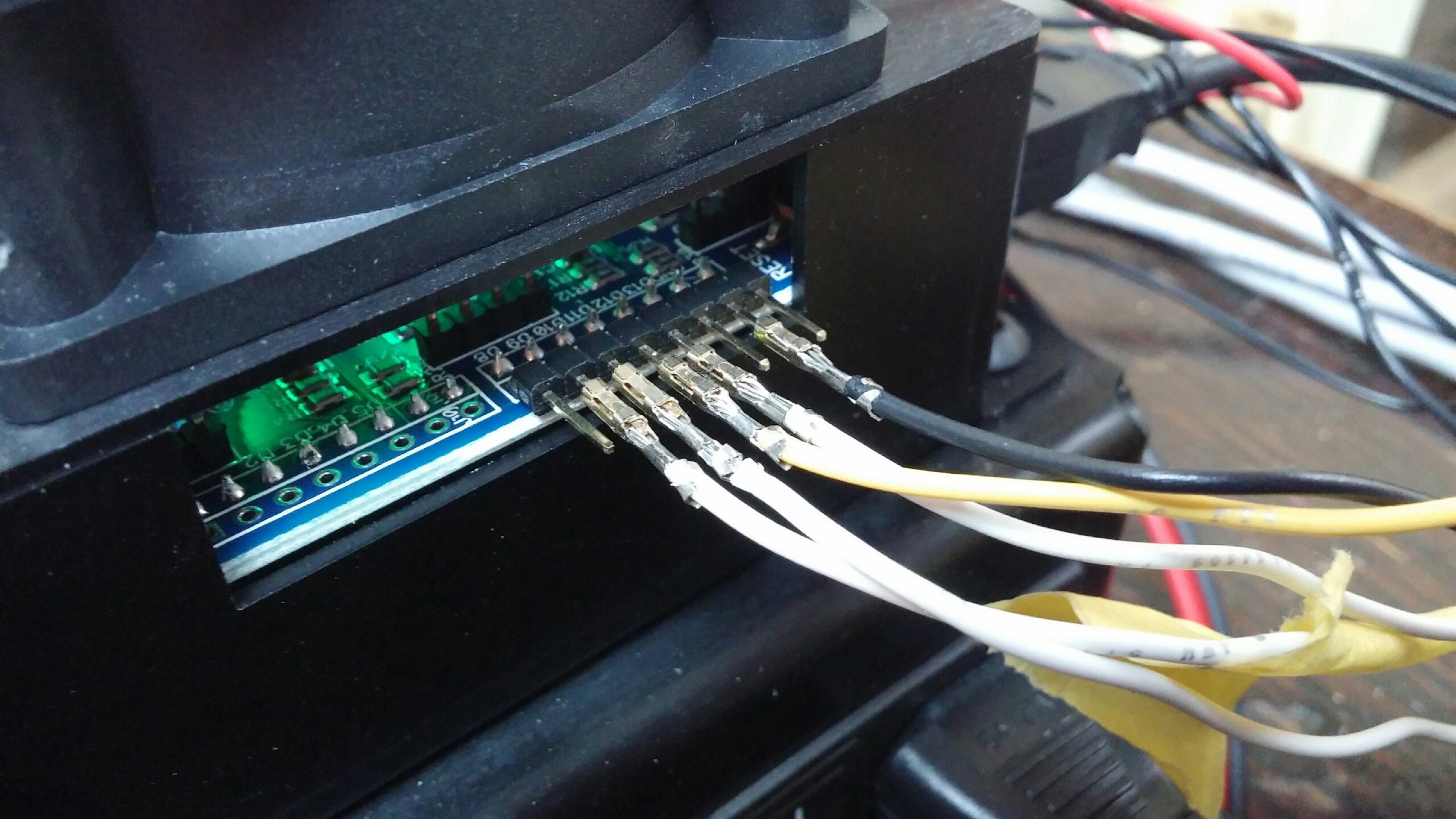 Just at a glance the limit switches look to be wired just fine. One thing that does look a little off is that the gShield isn’t all the way seated into the Arduino… You may want to revisit pressing it into the pin holes all of the way.

On mine the side of the board doesn’t sit above the lip of the opening.

Thanks for the quick reply! As soon as I posted I noticed that my Z axis switch was wired improperly in the image, so I rewired that and it now works. The other two still did not work which was the fault of the gShield. I pushed it in deeper and those now also work so I’m fully up and running! The gShield does still seem to have a pretty flimsy connection. I might have to figure out a good way to keep light downward pressure on it.

Glad it helped. Others on here have unscrewed the Arduino from the base and pushed them together to see how it should feel when properly seated.

i had to trim some of the case right below where the limit switches plug into the gshield in order for it to seat fully.it needed almost 1/8" additional space 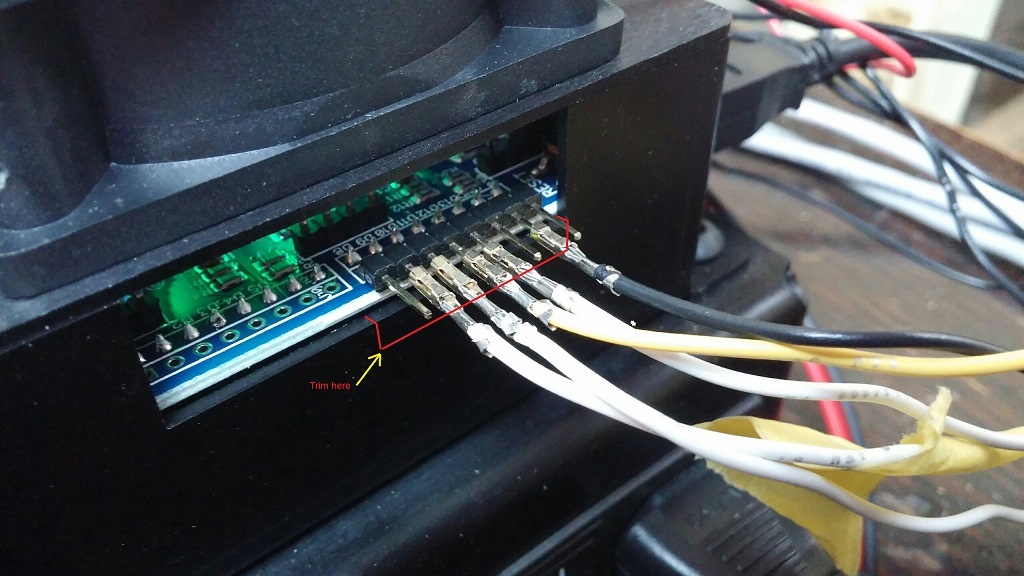 Not a bad idea. I think I did get mine to seat adequately, but if I seem to have trouble as time goes on I might do something similar. Right now i think the snugness of the case is part of what’s holding it to the arduino.

Looks like the fit issue is with the orientation of the header pins, the straight parts is what gets soldered to the board with the bent side sticking out as shown in this picture from the instructions 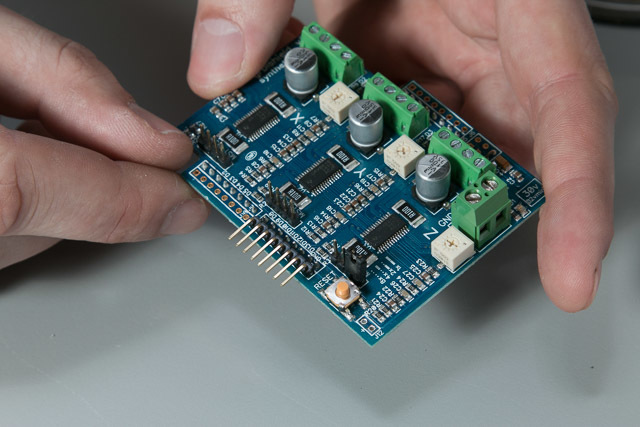 except once the gshield is in the case the pins still hit, even when they are raised 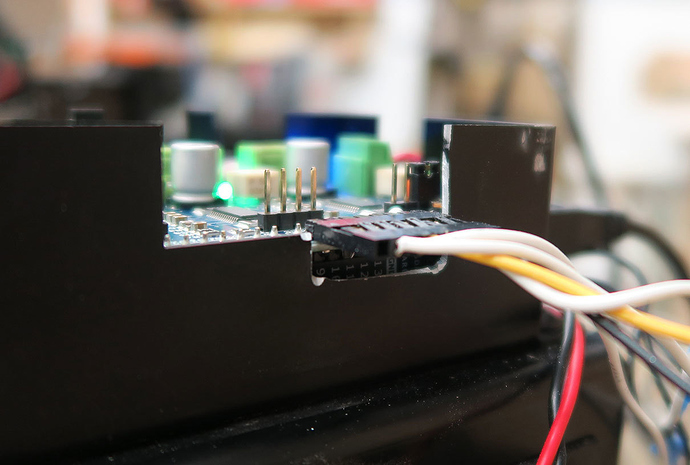 Hi Everyone just wanted to confirm you don’t need to trim the case. The black part of the header pins should be touching the board. The way it was done in the picture above is upside down causing the header pins to touch the case. The orientation of the pins needs to have them go up from the black piece and then out towards the side of the board like it shows in the instructions video.

Yeah I did get mine to fit. Now I am having more trouble with the limiting switches though. They work when I run configurations and the machine stops as intended in the bottom left corner, but they fail to work when actually running a carving operation. The machine wants to run right off the side of the board and doesn’t stop when it hits the switches.

Hi Everyone just wanted to confirm you don’t need to trim the case. The black part of the header pins should be touching the board. The way it was done in the picture above is upside down causing the header pins to touch the case. The orientation of the pins needs to have them go up from the black piece and then out towards the side of the board like it shows in the instructions video.

Zach, I have always been a “visual person” and even though I don’t have my machine yet I have scoured the forums as well as the instructions numerous times to acclimate myself to all the different aspects of the build and use of the X-Carve so I figured a “visual” reference for beginners may help so I made up this quick image to help 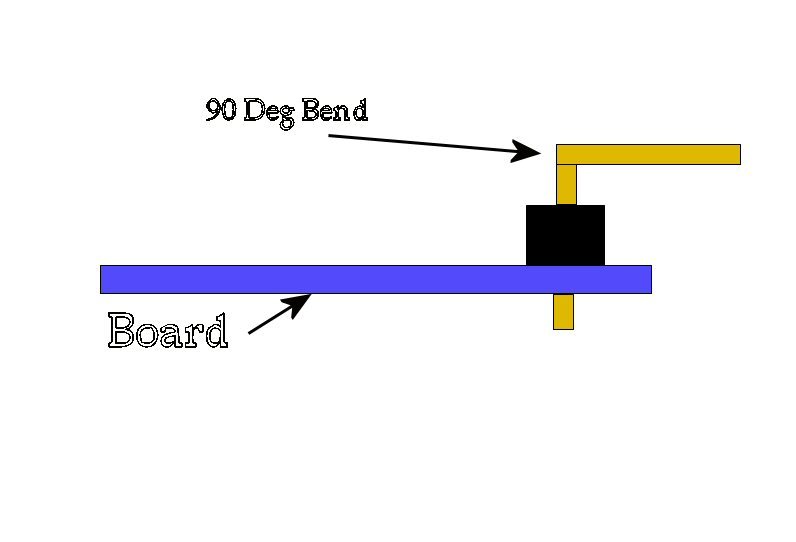 ok i think i see what you are saying. its backwards and should have been the other pins going through the board

the problem is the pins that are curved are really short on the strip i received. it looks opposite of the one on the video 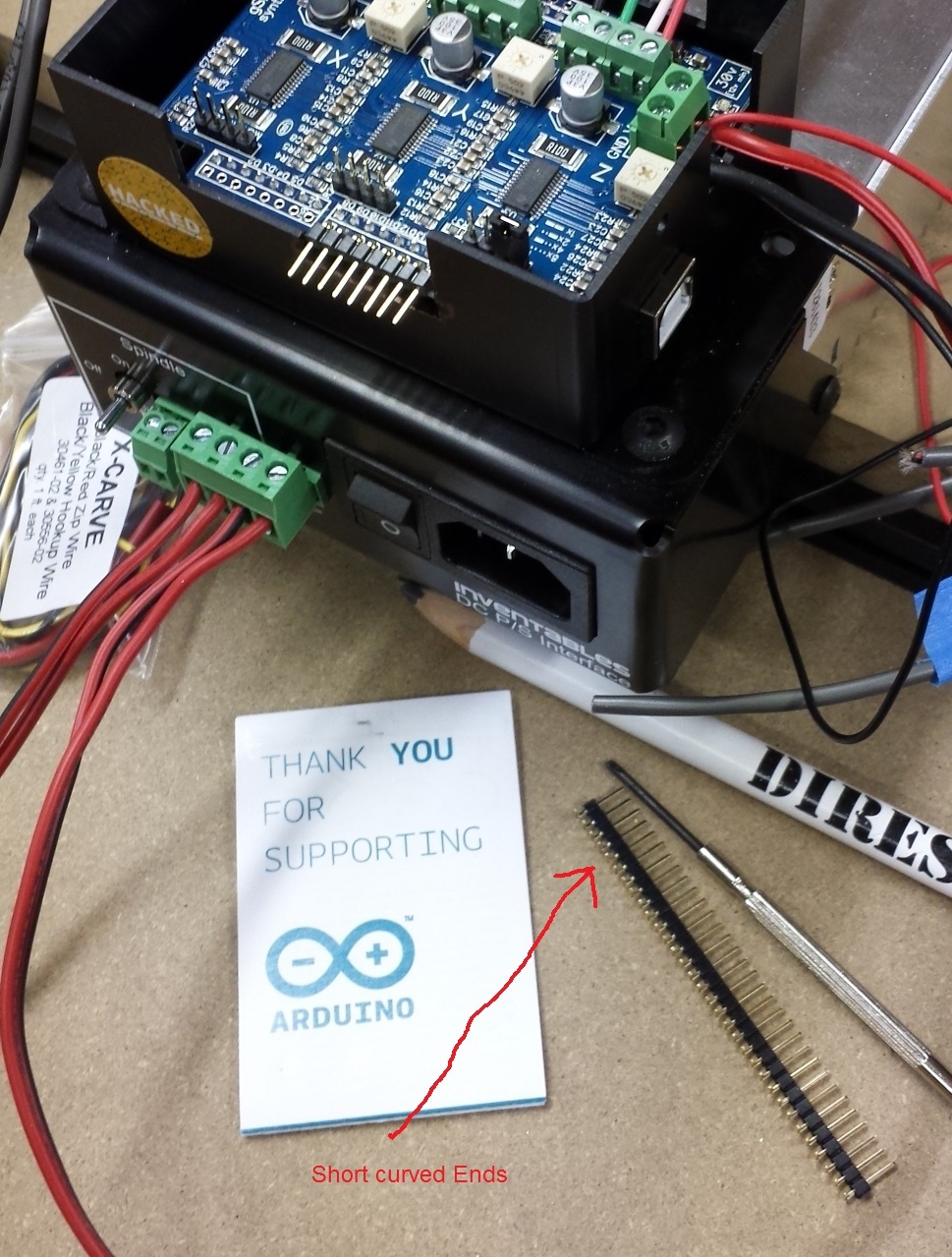 the problem is the pins that are curved are really short on the strip i received. it looks opposite of the one on the video

Looks like Inventables may have the wrong headers shipped with the kit, yes the short side would probably be too short to support a good connection. I don’t have mine just yet so can’t confirm thats what is being shipped, could be an issue with their supplier 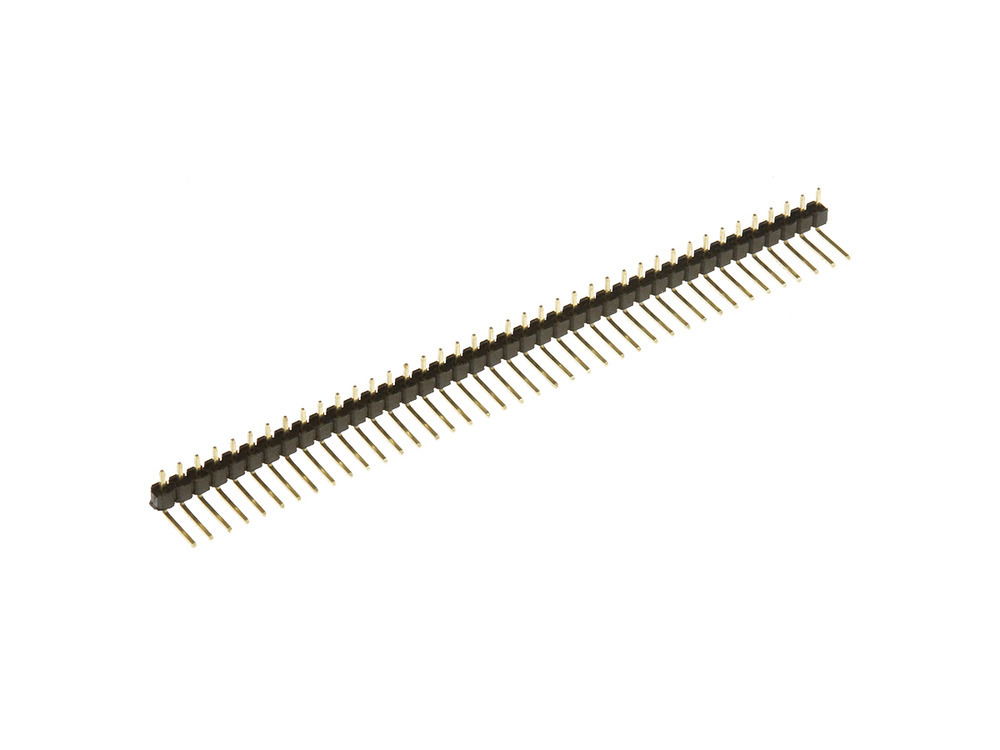 Yeah, it totally slipped my mind, but I ran into this problem when I put mine together as well, it felt like black connector on the pins was on the wrong side. I can’t remember if I ended up reversing the pins in the connector or not. That also might explain why I had such a difficult time getting the connector that holds the crimped wires to stay on my pins.

Any insight as to why my limiting switches don’t work during a carving sequence? Or why the carving head wants to move lower than the zero point set at the start of a carve to begin with?

In the default configuration of grbl, as well as the one that ships with X-Carve, you should think of the limit switches more as “homing switches”. In order to enable them to work as limit switches, you’ll need to enable hard limits in your grbl settings, but unless you’ve shielded or filtered your limit switch wiring, there will most likely be too much noise once your spindle starts up, and it will soon trigger a false alarm.

I’m hoping to have a write-up on what it takes to enable hard limits soon, but my schedule hasn’t allowed me to get back in the garage and get all of that worked out yet.

My pins look like these as well, I didnt really think about it until i was looking into a different problem. i may also have a pin depth setting issue,…