Was fairly unimpressed with the relative sponginess of the Z-axis along the X-axis and was resulting in some less than accurate and sharp cuts.

Upgraded to this Z-Axis similar to this one on EBay

The actual Z-Axis I have is 4.5" travel but its almost exactly the same as the one in the listing.

Initially I was a bit daunted by the fact that there are no mount holes, and thought about how to drill the holes to ensure proper alignment and eventual adjustment potential. Was considering having to drill new holes in the carriage assy, making adjustment slots etc. Eventually I realized I was seriously overthinking it and stayed with the original mount holes from the Z v-slide and router mount.

Some careful measuring and planing out holes and about an hour on the milling machine I had holes drilled and tapped and I am quite pleased with how well the upgrade mounted. There is just enough wiggle in the router mount holes that I can true the router to vertical without needing any purpose cut adjustment slots.

My only disappointment is there is about 3/4" of workable depth lost with how I mounted the Z-Axis. I plan on making taller end plates for the Y-Axis rails which will allow me to gain back and further expand the workable depth.

Still need to dial in the new steps/mm - I will report back with what I find.

If anyone wants a detailed write up of what I did with materials and hardware etc let me know. 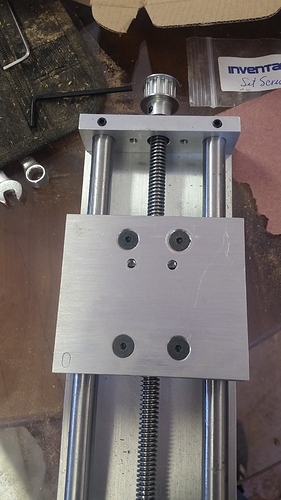 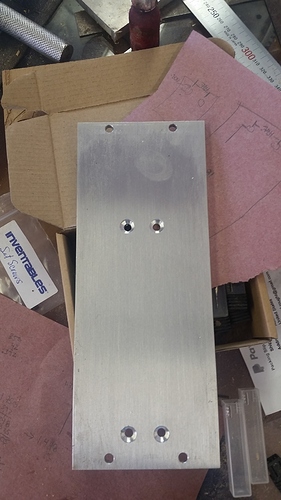 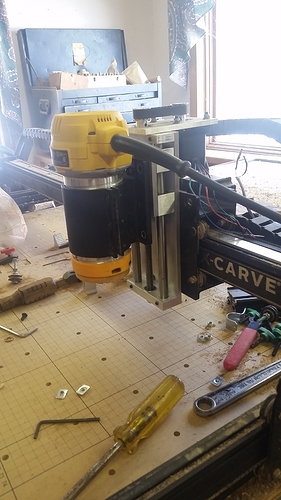 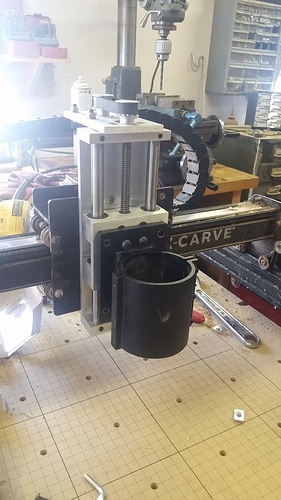 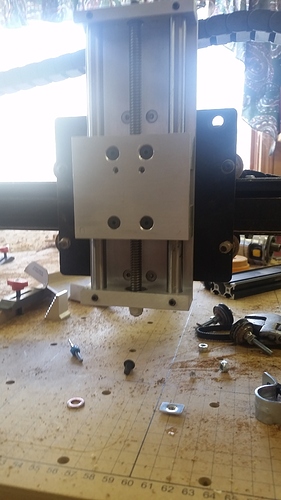 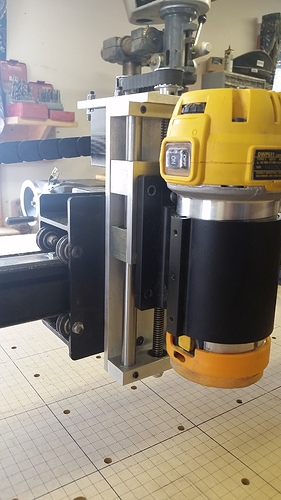 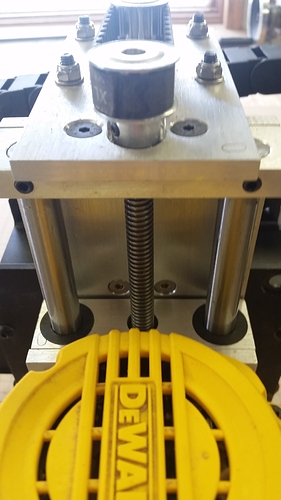 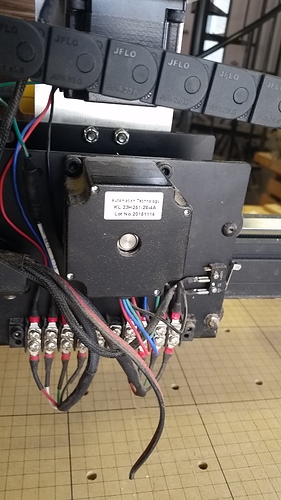 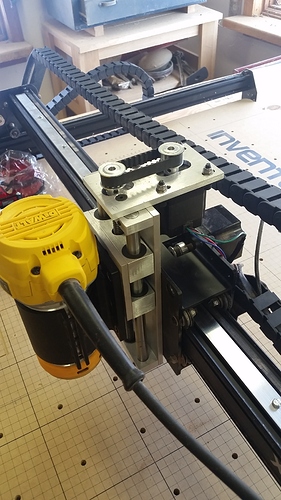 No spacer brackets required like I have seen in other peoples upgrades.

Very nice! I have almost the exact same one, except I have the one with 6" of travel.

Any idea what your $102 value is (z stepps/mm)? Looking for a ballpark figure before I zero it in with a dial indicator

My setup didn’t change the steps/mm as it had the same exact rod and 1 to 1 pulley setup as the original. You should be good with your original values.

I did replace the belt that came with it with this one…I bought a few so I have them on hand.

I can’t be sure if you have the same pulleys as I do, but they were not GT2, so I measured the belt and found the one in the link to be the correct size and tooth spacing.

I cant tell, but is that belt a single uniform belt? The one that came with the z-axis has ends overlapped and glued together which leaves a bit of an inflexible portion to the belt, and causes drag it has to flex around the drive wheels - not ideal IMO

That is why I replaced it…the ones I bought from misumi are a nice smooth closed loop belt, no gluing.

Perfect. I’ll have to double check the specs on the pulley and get replacements as well. Was yours from a guy in Canada? if so I’d assume we have the same pulleys

I bought mine in May of last year from Ebay, 3d_motion based in Canada.

Yep - same vendor I purchased mine from.

As far as I can tell, the parts are commercially avaible, nothing proprietary. Taking the front and back plates off you can see how beautifuly simple the design is.

I didnt know he offers a custom drill and tap option. That is very classy and a major tipping point towards purchasing one - espicially for those w out a milling machine available

The end nylock nut and rod is about .5 in from the base of the Z-Axis frame. If you drill and tap threaded holes in the back of the axis frame you could mount it flush to the bottom of the carriage, but the nylock nut would still stick out .5 in.

The way mine is mounted now, the whole Z-Axis slide sticks .9 from the base of the carriage. I could have moved it up a few thousands but since I was planning on raising my Y-rails up I erred on the side of more room for the bolts to mount.

Pics of how yours was mounted?

I wanted to avoid having to disassemble my carriage to drill new mount holes.

Your setup certainly does alleviate the loss of workable depth compared to how I mounted mine though. Nice work.

But, that still requires hand drilling holes which is what I wanted to avoid.

Can I keep my original stepper motor

yes, I used my stock one