Made a Liverpool sign as a Christmas present for a friend. I support Manchester United so this was tough for me to do. I traced the logo in illustrator and imported the svg to easel. I used a v bit with a very shallow depth. I think it turned out great except for the very bottom numbers. Not sure what happened there. 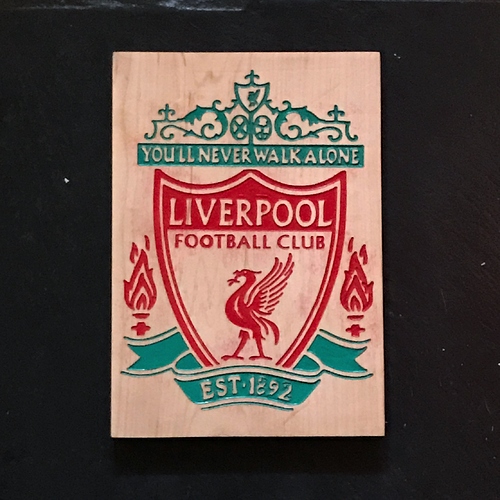 I just have to ask and I dont mean to be mean at all but over in europe do you have a sport called soccer? or what do they call usa football over there?

We use football or soccer. We call yours american football.

And so is rugby the closest thing to American football over there?

As a fellow Manchester United fan, I feel your pain brother!!! That must have really hurt to do.