Some recent projects I finally got around to painting. 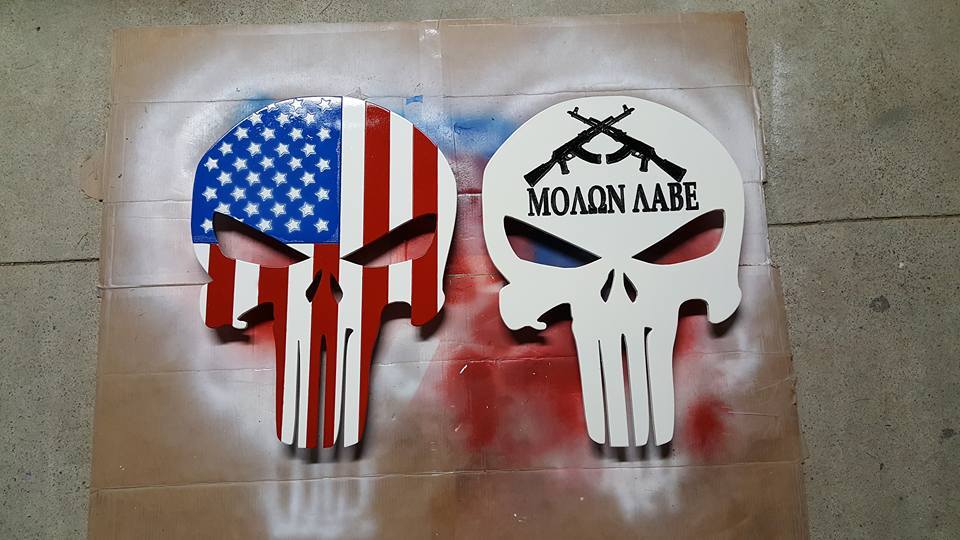 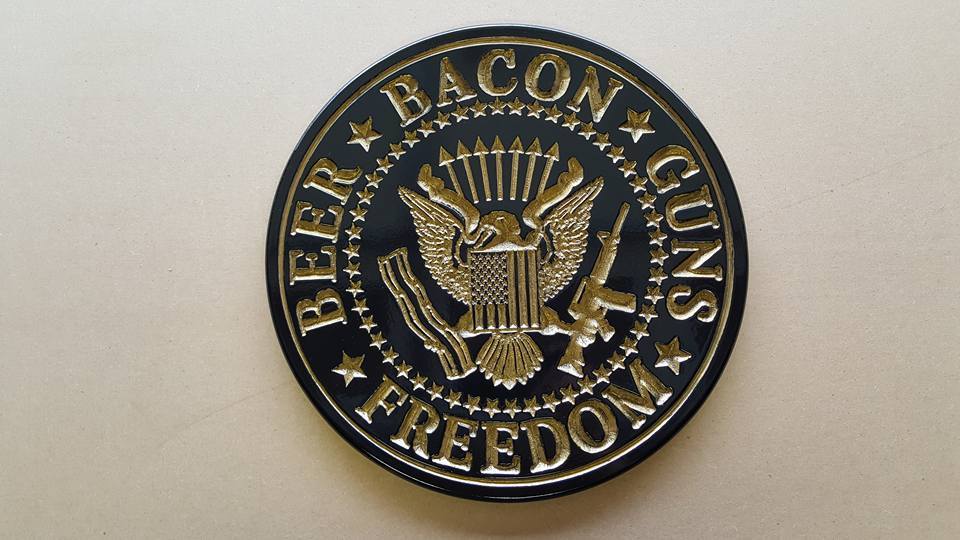 These are great. I love them.

Awesome! Wouldn’t mind having any of those in my man cave

I can share the punisher skulls since they are easy enough to make and took very little time. I made mine 29" tall which was a bit overkill so you may want to scale them down. The beer bacon guns freedom, while not my own design, I had to recreate the design from a T-shirt which took many hours and even went back and cleaned it up more after the first one I made. Maybe its just me but its hard to give away files you invest a lot of time into.

For painting the flag one I sprayed it all white, masked off the ones that stayed white sprayed red, masked off the red sprayed blue. Last I used my jtech laser to cut a cardboard template that masks everything but the stars and sprayed the stars white. Removed all masking and sprayed clear. Would probably be faster to hand paint since this process took a good week to do letting paint cure enough to mask safely. There are some bubbles you can see in the clear from blue paint not being fully cured in that picture so had to wait till dry sand down and clear again. Probably should have posted that picture rather than the bubbled one.

My first one screwed up alignment and simply filled with spackle and after sanding had some chips. Decided to leave them because it looked like a chipped up skull. Also had a motor need some adjustment on the first cut of the flag one fixed the issue and didn’t have another sheet big enough so spackled in the misaligned stars and ran the carve again. Not sure if its the best option but it works lol. 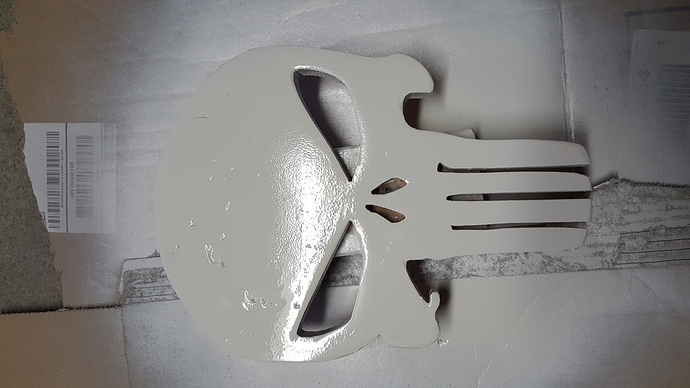 Awesome Man! I’m good with any project that involves a gun…

Can anyone with Corel Draw open this file and save it as a .svg or some universal format that will open in Illustrator or can be imported into Easel?

Appreciate the help, this is awesome!!!

saved as svg and uploaded but apparently cant upload svg to the forum?

Yes I was looking for the Punisher file.

@RyanEdwards can you zip the .svg and upload the zip to the forum?

Thank you @RobertBeattie appreciate it, that works perfectly.

Sold my flag one over the weekend during our yard sale was kind of hoping I would get stuck with it going to make myself a smaller version for my garage. I found that running the machine while people look at your junk draws some attention and sells pieces as well as getting interest for custom orders. I was just trying to catch up on some projects I promised friends and customers while stuck home helping the wife sell our stuff lol. Ended up selling 5 of my pieces hanging on the wall.