I was dying to make some Silicone Molds after I saw The Star Wars Molds tutorial. Problem was I couldn’t come up with any ideas except doing the alphabet. However, a friend suggested I try making legos. So I went to work, did a little research thanks to Robert Cailliau.

Took all his measurements, made adjustments, designed one in easel, copy/paste and voilà! 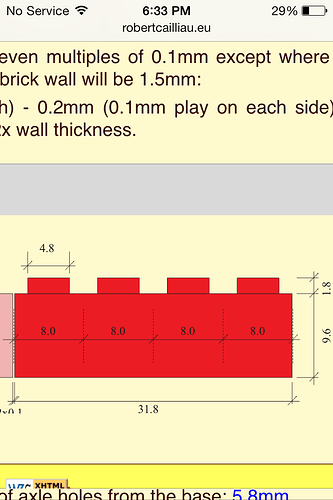 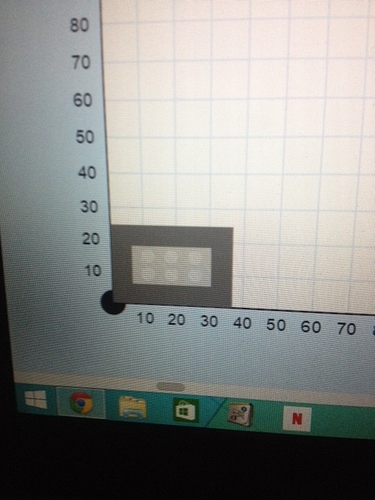 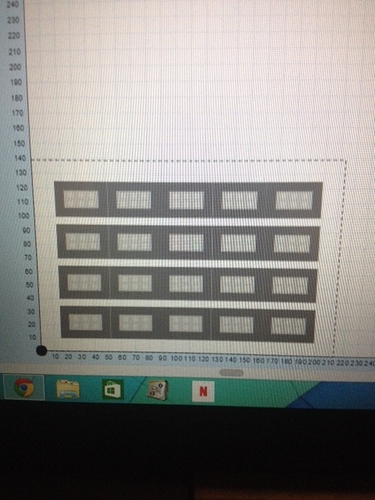 I used a scrap piece of 2" x 6" Pine
half way thru, some issues with stepover, but I ended up just sanding it down with some 150grit. 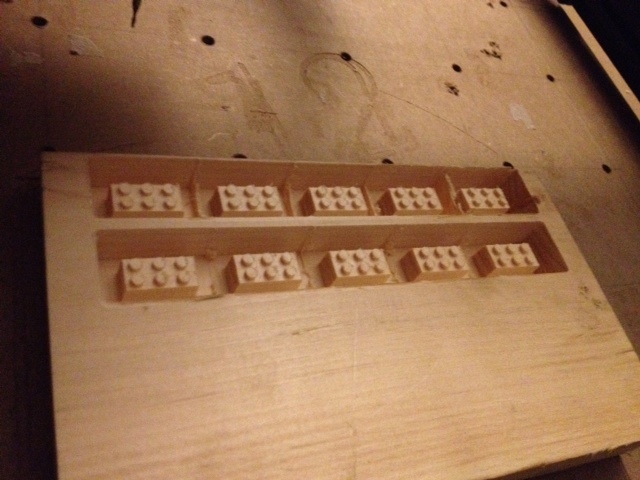 Picked up some cheap Food Grade Silicone Mold package from Michael’s, the cashier was nice enough to hand me a 40% off coupon. Half of the package made one row. I see now that I could have shortened the spaces in between the legos. 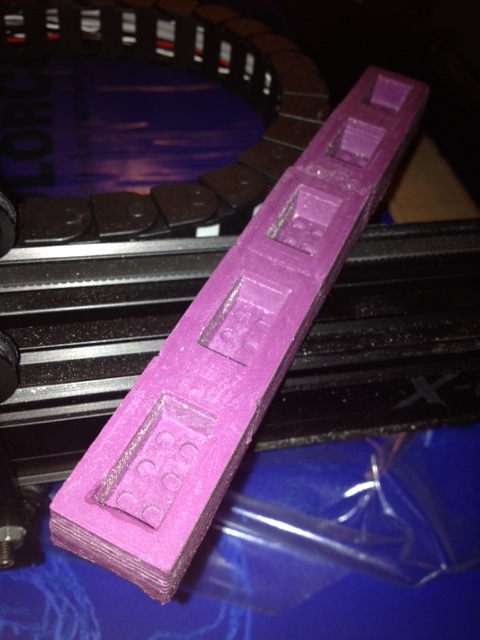 If anyone is interested in the Easel project file I can share it. Let me know what you think!
thanks/

Nice job! What are you going to use them for?

Being food grade could you do up some Lego ice cubes? hehe

Planning on Chocolate (of course) and making gummie legos, but ice cubes are a great idea! going to try it right meow!

Could you post that as a project? I have been thinking about making lego plates for a lego table for my kids and that template would work great.

If you’re interested in a Lego table, here’s one I built for my kids a few years back. I made it up as I went, but the kids picked out the Lego colors and still have a great time. The edge trim has a raised lip, so they don’t accidentally knock their cities off. 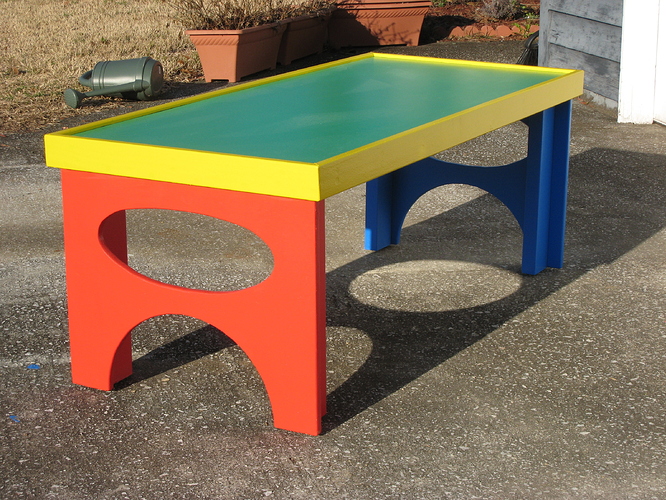 I don’t have drawings for how I made it, but I have a bunch of pictures showing in-process so you can see the materials and designs.

but still a cool project none the less. 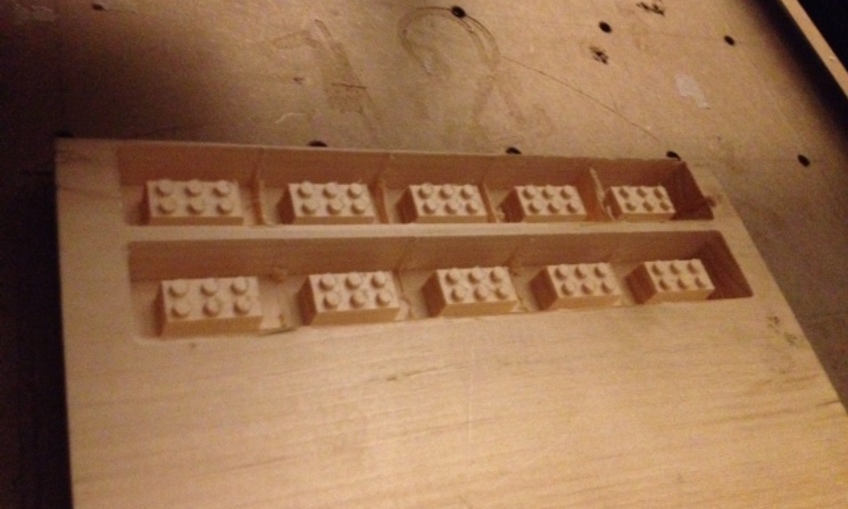 Makeshift Lego Silicone Molds for chocolate, ice or gummies. This is my initial test on mold making. Use it as a reference, I would highly recommend resetting the overall depths per your material. I used Pine even though its labeled as birch

There ya go! Published it quickly, I’ll upload some better pics and instructions when I have time.

How about making them out of wood?
have a look at my video.

James, that is great! This is on my list of things to make. What did you use for material? Did you do that in Easel?

Scotts, Thanks I used Maple wood. Note it was cut in the end grain. No chip out that way. No, I used SketchUp. However it can be done in Easel.

I can do that. Where to send them?