Easel lets you choose a second ‘detail’ bit. But is there a way to manually select which of the two bits cuts which cuts? It seems that Easel automatically decides which are your detail cuts and which are not.

It would be nice if I could tell the Xcarve which bit to use for which cuts, instead of the machine deciding. Because sometimes it picks the wrong bit

Thanks in advance for any advice!

The Work Around:
Use multiple workpieces to manually control which bit is used where.

Like this flag, I used a Vbit for the Stars ONLY and and endmill for the Stripes and Perimeter Cut ONLY i did this by making my design, and then splitting it up into multiple workpieces (the pane across the bottom are called workpieces): 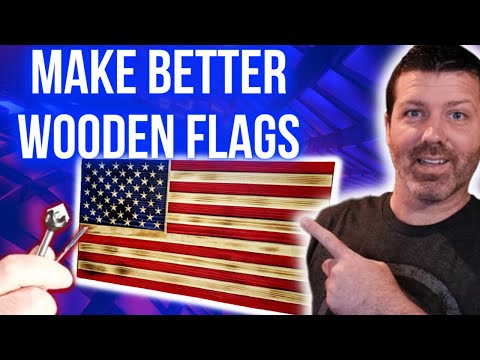 Thanks. I get that. But wouldn’t it be easier to be able to manually change a cut. Sometimes I want to cut pockets or use a straight bit for ‘details’.

ps great vid. Thanks for sharing.

wouldn’t it be easier

This is kind of a loaded question. For the first time CNC user, I’d have to say no, and that’s exactly why most first time cnc owners find themselves in Easel, it is much simpler than the other programs out there which do have that ability to select which bit cuts what part…

That said, for those of us who have surpassed that part of the CNC learning curve and are ready for more controls, I agree that CERTAINLY selecting what bit goes where is definitely easier than the work around of using multiple workpieces… but with simplicity of Easel comes limitations of function.