So, I’ve been wanting a mini router table as I’m a bit tight on space, but love using a flush trim bit to clean up tabs and whatnot, and doing roundovers on small parts and such. It’s about 10"x16" 3/4" MDF (Sized based on a scrap of material I had). Haven’t decided if I want to build a base for it, or some sort of cleat with a lock that could be mounted on the side of a workbench. Either way, works much better than clamping the router in my vise and using the base of it as the “table”. 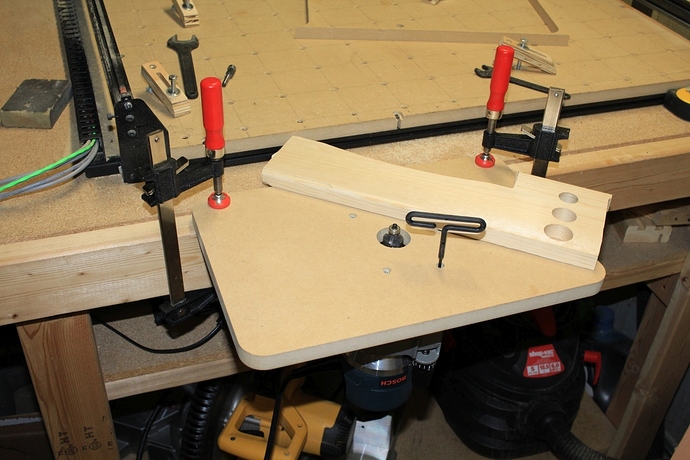 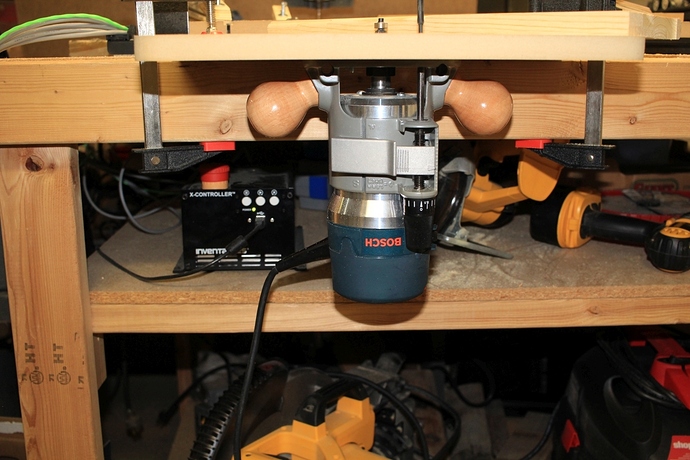 It looks a bit dangerous without a firm base. I would be terribly afraid of what could happen if one of those clamps let loose.

That was purely to test the alignment and adjustment and such, NOT for typical usage.

That is good to hear! Losing a finger or two can keep a man away from the CNC for several days.

I work as a machinist on both open and enclosed machines, luckily haven’t personally seen any too gruesome of injuries but I’ve seen enough pictures and videos to watch any moving part!

Rockler sells something very similar to what you are doing there.

Can quickly attach to the edge of a bench, a table, a piece of plywood or any flat surface.

I discovered that shortly after I made mine!