I’m in the process of making a new sacrificial wasteboard as my last one I messed up user error. I purchased an Amana 1" spoilboard bit which seemed to work great on the first mistake wasteboard but now on the new one I noticed it’s making odd consistent cuts well ridges while traveling the x axis (see photos) I’m lost as to what can be causing the issue. Everything is tight and doesn’t seem to have moved since the last the only change was the suckit dust boot. Any help is appreciated, thank you. 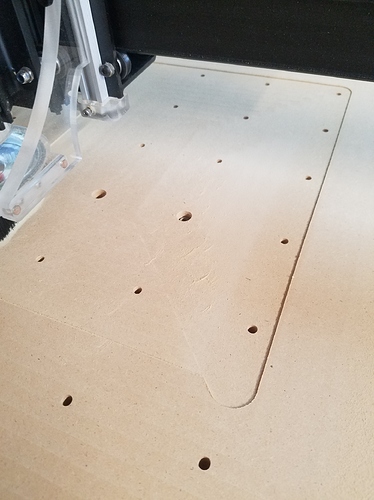 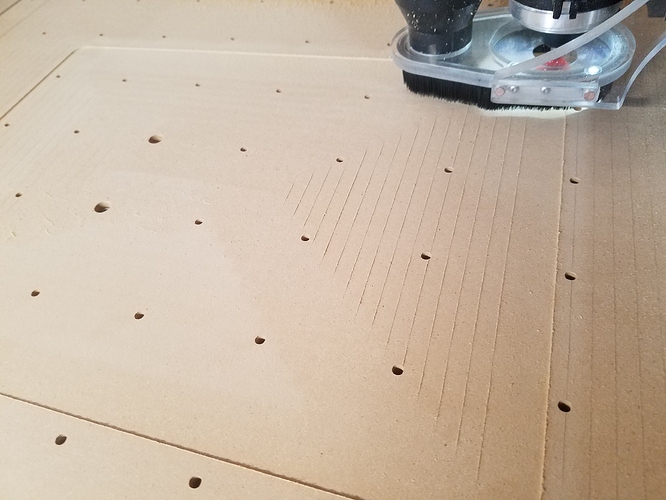 Here’s my vac setup the front of the suckit boot sags a little but that’s because it doesn’t fit snug in the side brackets. And the x axis is square to the inventables bottom wasteboard. I should add I actually tried 2 different bits the Amana and now a freud both did the same thing. I also just checked the square against the new wasteboard and it was so little off that it should have been unnoticeable. I’m stumped. 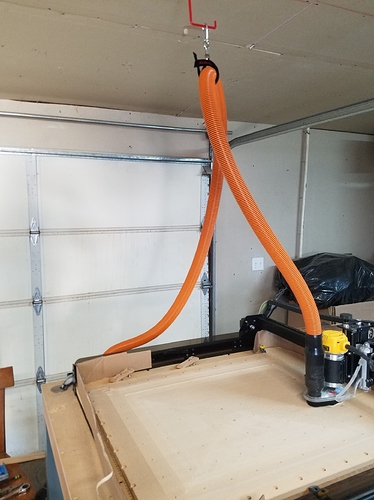 Try one pass in the X without the SuckIt and see if it goes away?

Tried that and difficult shallower pass but still showing groove lines. I’m at the point that with this machine of offering great someone in the central cal area who has their build dialed to come by and offer some drinks and food to help haha.

From your photo you spindle axis seem tilted in the Y-plane and most likely “leaning” towards you when you look at it from the front side. The larger the bit the more pronounced this will show.
Try shimming the bottom end of your spindle plate using say a 1/32" or 1/16" shim.

You need to tram in the spindle with a dial indicator.
Swing the largest circle that you can to get the most accuracy.

You guys were right all though the x rail is square through 611 mount is not see photo. Where is the best spot to add shims? 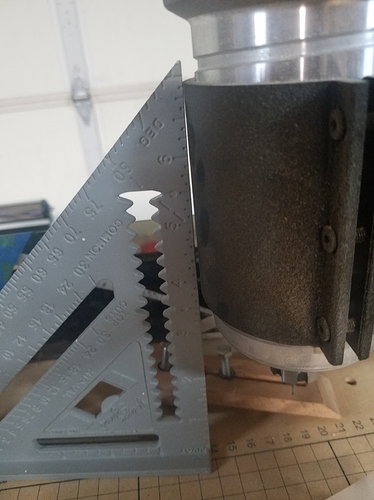 Thanks I appreciate the help.