I have been trying out the free online tool, Carbide Copper, for gerber to g-code conversion, the app is pretty basic and has a limited tool selection but it is a lot easier to use than Flatcam and it seems to be quite good for quick PCBs.

It produces a combined g-code file for the sections you select and to use in Easel this has to be edited into separate files for tracks, holes and outline etc. It is pretty obvious where to break up the file as there are headers like “( Contour )” at the top of each section.

The only other thing to watch with g-code from this app is that some instances of multiple commands on a line are ignored by Easel. Not really knowing anything about g-code I found a work around by trial and error and some google fu.

So make sure you use the simulation in Easel to check the file first.

Now I just need a software guru to come up with a Post Processor so I can do away with the manual editing. 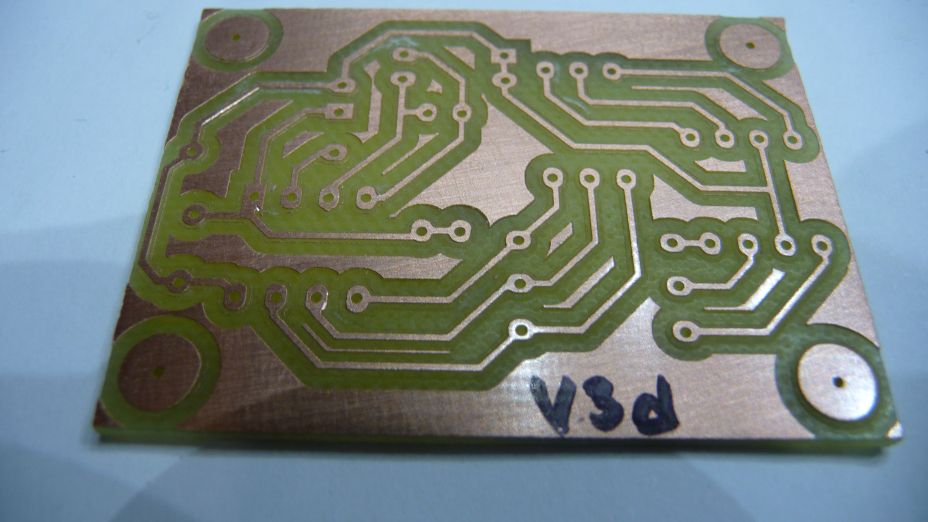 Upload the Post Processor you are using here. I’ll take a look at it.

Some are easy to change, and some are not.

I am currently editing the file produced by Carbide Copper by hand so there is no Post Processor to upload.

come up with a Post Processor so I can do away with the manual editing.

Does the program you are using support post processors, or are you asking someone to write a program to process your output file so you don’t have to do it by hand?

As far as I can tell the program does not support the adding of a post processor so it would have to a stand alone program to do what I am doing manually.

Writing something like this is beyond my capabilities, I’m a hardware guy, software is a type of magic that other other people do !!

Also, it’s not like I am making dozens of boards a week so the manual method is not a big deal.

I did some testing (playing) and found this:

So I all I have confirmed is that I don’t know enough about g-code to know what is causing the issue.

Grbl also accepts words and values without spaces and in that order. The UIs to send the gCode are not always as accepting. The issue is not a GRBL one or a gCode one.

This is the line that doesn’t work correctly:

What version of grbl are you running?

I don’t know enough about g-code to know what is causing the issue.

I using Easel on a Carvey, not sure what version of GRBL but I assume the latest available as the machine auto updated the firmware a couple of months ago.

@gaz99 The problem is with Easel. You’ll just have to fix the file by hand with that workflow. Shouldn’t be too much though…a start block, and end block, and a find and replace all of the G01F200 to with just G01, or, looking at the output, you could remove the entire G01F200. And don’t forget to remove or comment the tool change commands. the Carvey uses gCarvin 2.0.0 which is a fork of grbl…I think it’s current up to 1.1, but I’m not 100% on that.