So I’m on build number 2 of these bartop arcade machines, trying to perfect and refine the method so I can start selling these things.
Iteration 1
Start 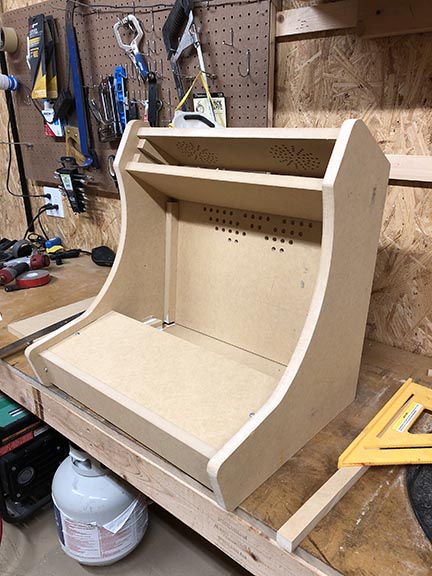 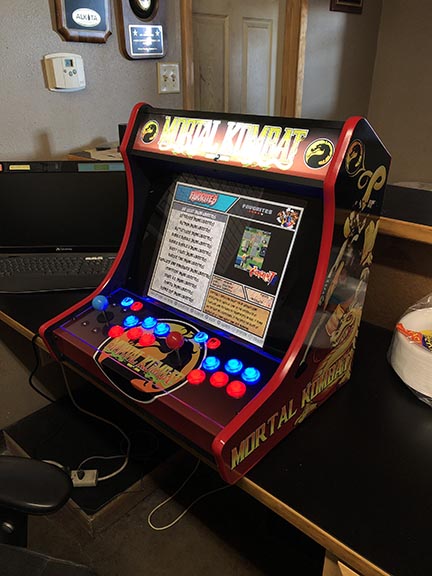 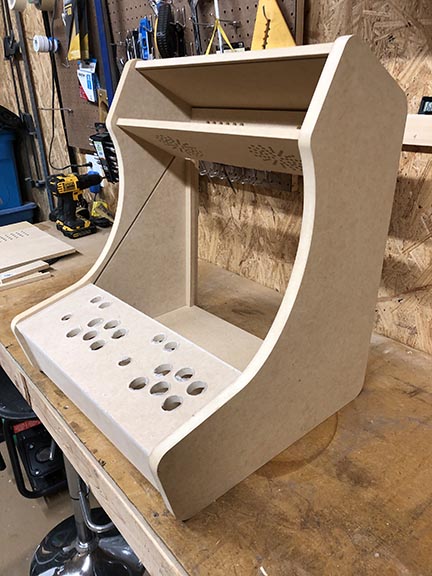 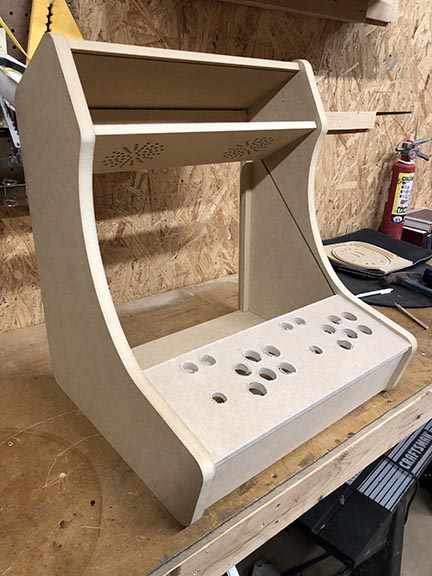 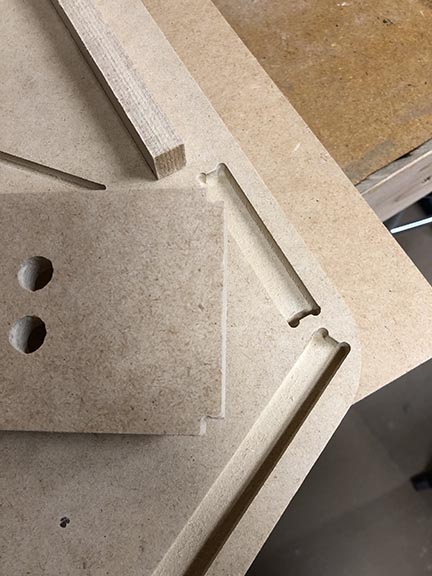 Not finished yet , everything is done with dog bones this time, its proving harder to assemble but cleaner looking. Just thought I would share…

Painted and assembled the cabinet 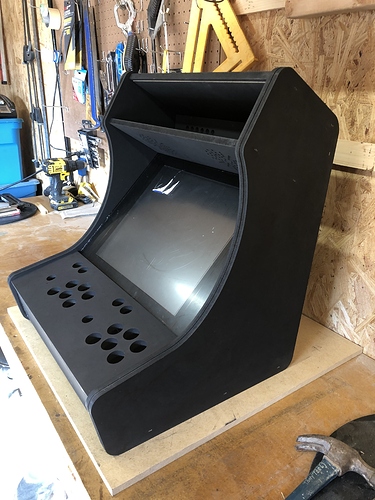 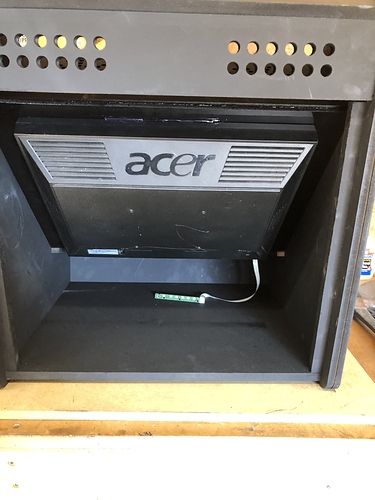 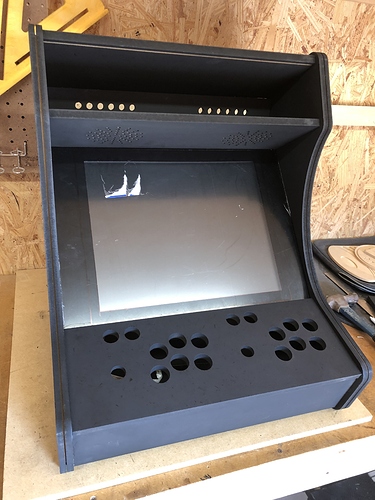 A bit more progress , still waiting on the control parts from China … 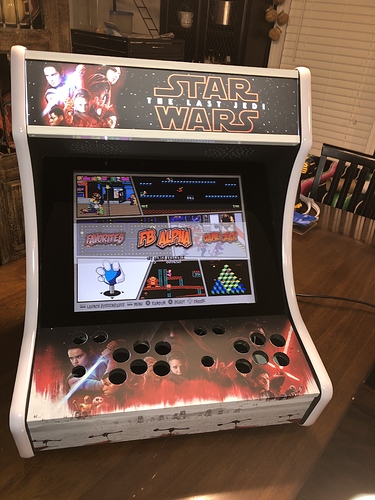 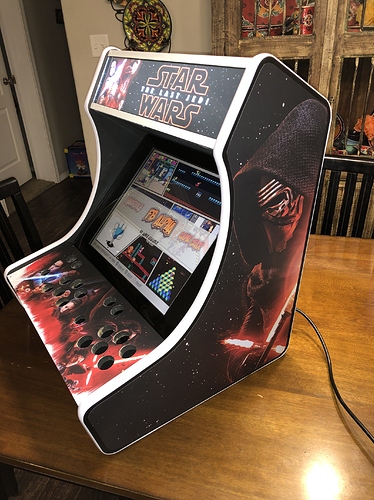 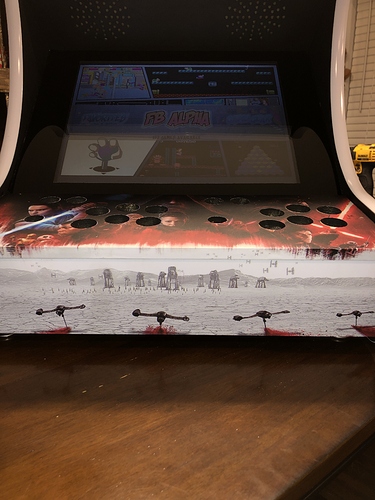 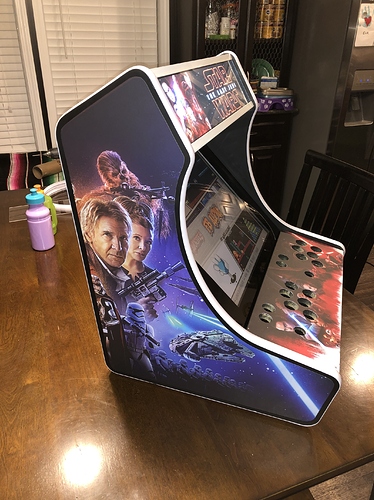 Oh yea and the back almost forgot ! 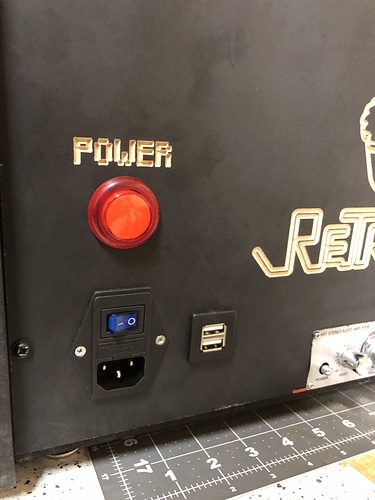 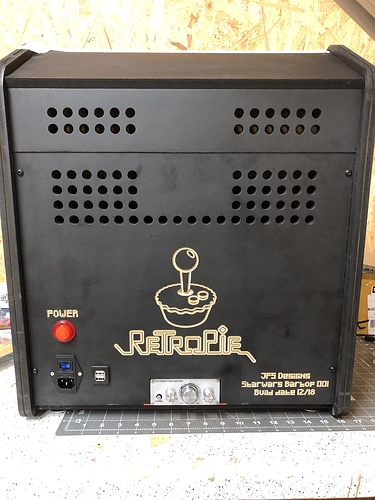 I assembled a store bought one the other day for my son. After I was done building the frame, it did occur to me that, “hey, I can do this.” Seeing your build makes me realize it is doable. I couldn’t imagine getting all that detail you have accomplished. Well done. These cabinets seem to be very popular. Best of luck to you, you’re off to a great start.

very cool! So, are you using an arduino as a usb host controller for all the buttons/controls?

Yeah, my kids are around that age. I had been meaning to put something together for them. It’s definitely getting easier on the electronics end to do nowadays.

I like the decals and finishing you did. They look great. I assume you have a LED panel back there. Did you have to remove it from the housing?

I just took the front bezel off , I have a few 17" screen monitors with the square 4:3 aspect ratio there perfect for old games , I use usb joystick boards plugged into a raspberry pi running retropie , for the emulation , the mk cabinet has over 3000 arcade and classic console games .

wow that’s easy. I didn’t know they even had those. I built an analog handbrake a few months ago and ended up programming an arduino, didn’t even know that was an option.

I thought about building an x carve pendant with arcade controls … 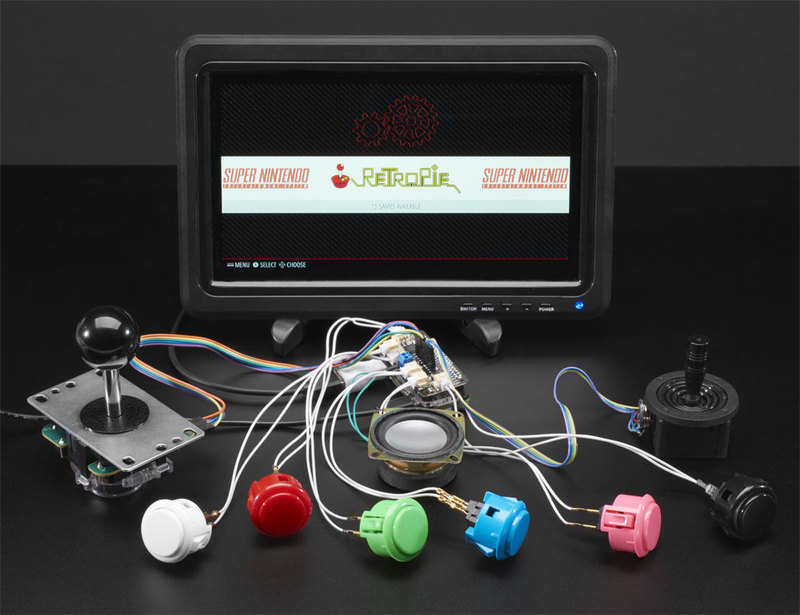 Playing retro games is easy on a Raspberry Pi - and the pocket computer is pretty good at it too! All you need is a little help to connect buttons and a joystick up and you can custom design your own arcade console, desktop or stand-up machine, even... 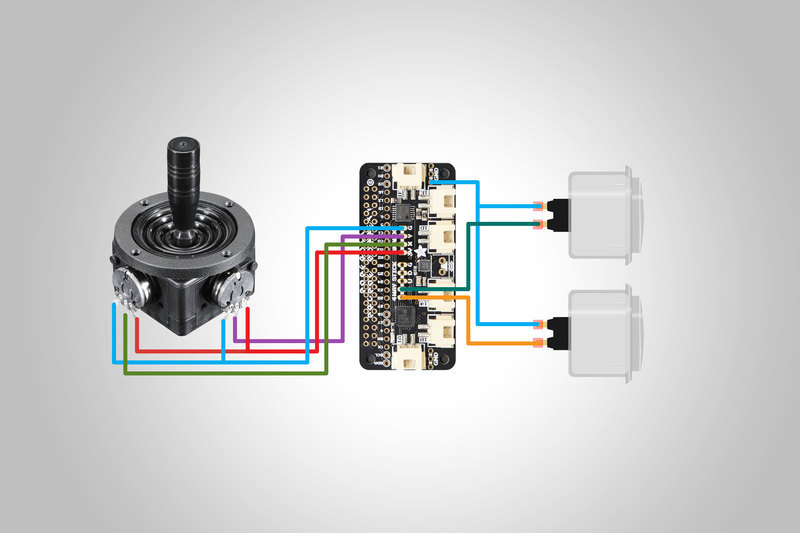 I have one in my basement. Check out Retro PI for Raspberry Pi. Then bought a no lag USB button mapping card. I cant remember what brand but it works well. Retro Pi if you have not looked at it will play many systems and if you have wireless you can dump Game ROM’s via web browser to the machine. Easy as PI.

I went with a desktop/tabletop version that connects to the TV with an HDMI cable. It is Raspberry Pi 3B+ based and works great. I still have to finish decorating. It is made of 1/2" MDF and the top was cutout on the X-Carve.

That looks great. I was thinking of making something like that but make player one and two there own box. I’m Guessing that the Pi is in the unit? I was thinking that i could host the pi in player one and if you want to add another player just plug in to a USB port on the side of player ones unit. Its on my To Do list. I’ll post it if i get it built.

That’s the same button and joystick kit I ordered !

Looks great Eric. What’s the name of the button kit and where did you source it from? 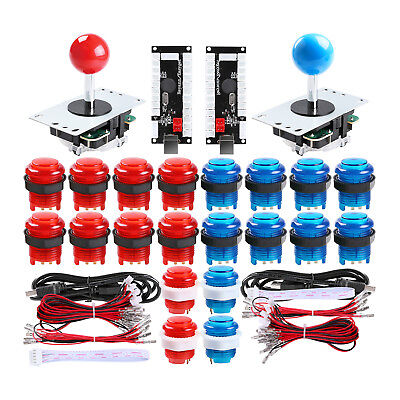 That looks like the same one I bought (@FatKatOne) …I also added this to mine:

It is not really necessary I just wanted them

I used my wife’s cricut to add decals to the blue and red ones !