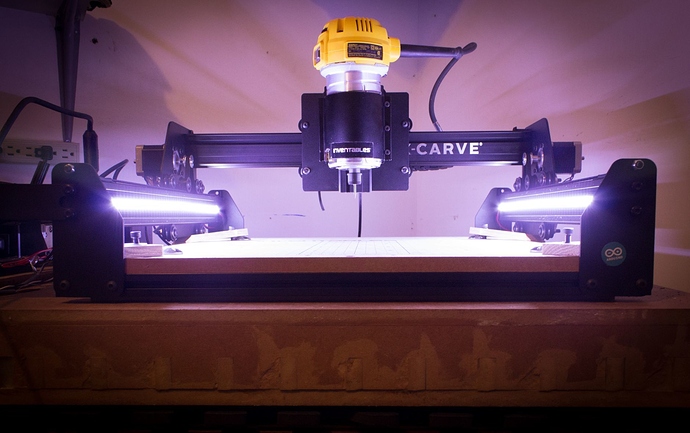 500mm with ACME, nema 17s. The table is a torsion box bolt down. The torsion box is made of 1/2" MDF with two inch spacing on the core grid and 1/2" on the skins as well. I stacked two inches of MDF under the wasteboard and then drilled holes straight through 2.5" of MDF. Then, I inserted four 1/2" diameter, 5.5" long bolts to secure the whole stack to the torsion box and secured with washers and nuts underneath. It’s flat as the bajeezes. Regular 12V white LED strips fit nicely along the makerslides, don’t get in the way of anything, and significantly increase visibility of the workpiece; they also look cool as heck. I also dremeled a cutaway for the collet lock in the Dewalt mount extrusion. 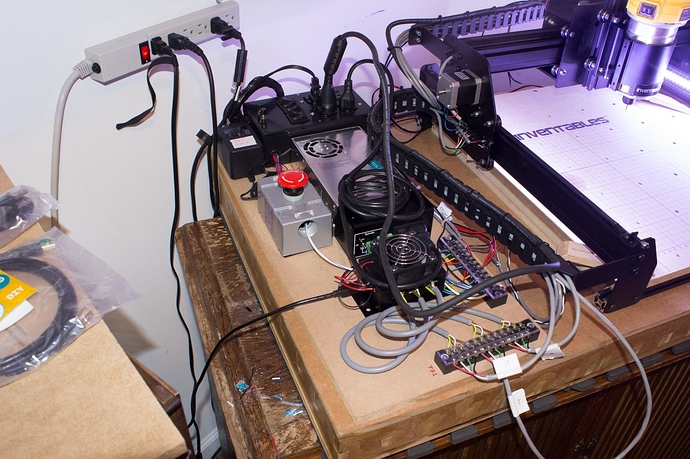 I’m really glad I used screw terminals to connect he controls board to the X-Carve steppers. The E-Stop cuts power to the whole system with the incoming 120V hot passing through the NC first, then to the controller box outlets. The NO connects Feed Hold to ground to stop the program instantly in the event of an E-Stop. 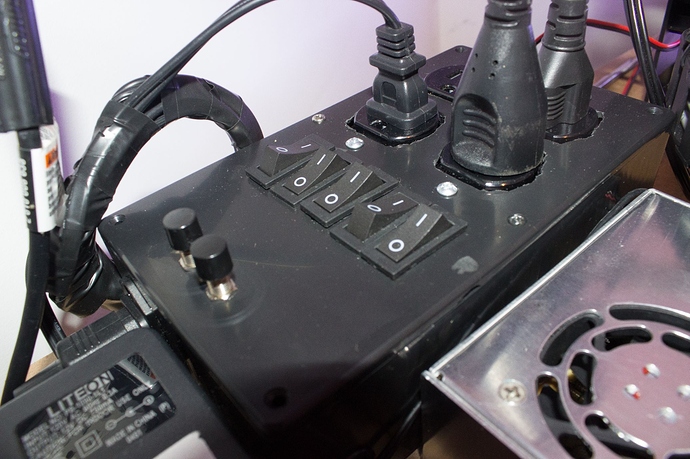 The controller box is something I put together to easily enable E-Stop control, PC spindle enabling, and PCB probing. From left to right, switches are Main On, Router Hot, Router Neutral (because I’ve heard leaving neutral connected can cause issues with PCB probing), 12VDC enable, and spare. The two buttons short the Arduino Feed Hold and Feed Resume inputs to ground.

I just really like the idea of LED lights running up the rails.