Need a bit of help with cribbage board template - Inkscape help

I successfully carved a test cut (from Easel) with just the holes of this board and they turned out great. I told Easel I was using a 1/32" downcut end mill but I actually used a 1/16". Today, I spent a couple hours re-doing the image adding lines. I’d like to have the dots be a separate layer from the lines when I import this svg from Inkscape, so that I can change the depth for the holes and lines. So far, I’ve not been successful.

Any Inkscape gurus able to help with this conversion so that the holes (dots) are in a separate layer from the lines?

Here’s a link to the PNG file:cribbage board template 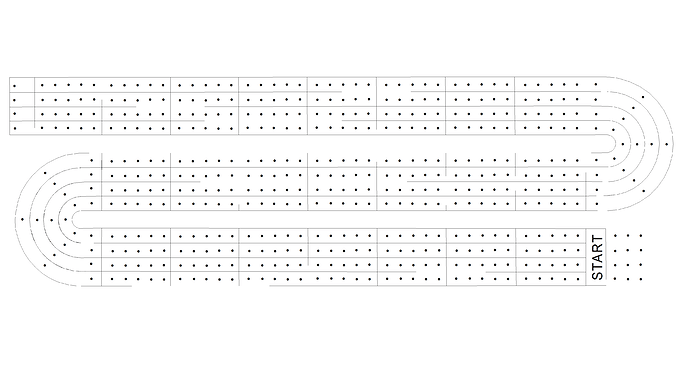 By the way, I did the editing in GIS software as it’s really the only vector editor I know.

Drag and drop the SVG file in a reply, I’ll take a look

Easel does not support layers, so you’re stuck selecting all, edit the holes then select just the lines one at a time and edit them

Thanks Glenn, The problem seems to be that all the objects import into Easel in one layer and I can’t uncombine them. I suppose I could try to import them separately (different SVG’s) and then try to align them after import?

I’ll keep working on the Inkscape learning curve to see if I can save out two separate files.
Anyway, here’s the just imported SVG from Inkscape. I didn’t mess with this one.

Did you try using the expolder app in Easel?

It looks like your .svg file is still an image instead of shapes. I opened it in Illustrator and inkscape. Can you maybe try to repost it?

Did you ever figure this out Paul?

The process I would approach if you want to use two layers is to create two separate files, import both to Easel and then align the design appropriately. Depending on how Easel identifies the shapes, you may use Edit > Select by cut type and then change your carve settings. But if not, select all and then deselect the lines to edit only the hole carve settings.

Either way, I’m curious how this turned out. I don’t know how to play cribbage but the guys in my squadron play all the time so I have considered carving a cribbage board for them. Have you come across a website that details what is needed regarding rules and whatnot to make a custom board?

Well, it’s been a while since I finished these but if I recall, the process I used was select lines (by cut type), remove, carve the holes, un-remove, select by cut type again (holes), remove and then cut the lines. Once I figured out the "remove/un-remove method, the process opened up new possibilities for me and now I use it all the time for my bathymetry art carvings. I think I took a couple pics - I ended up making three of these. These are oak with a cedar base. Oh yeah, I also never played before I did these, but since then, I’ve learned - it’s a great pastime! 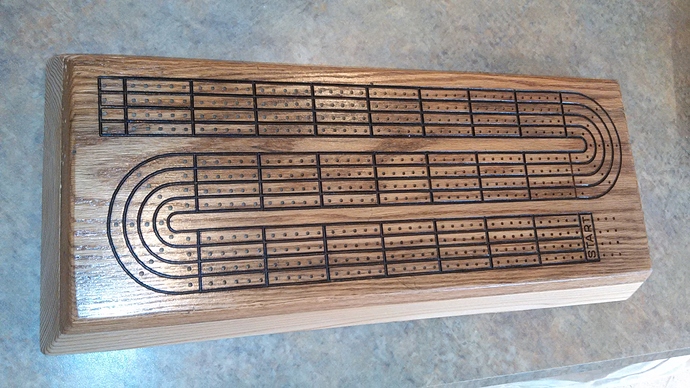 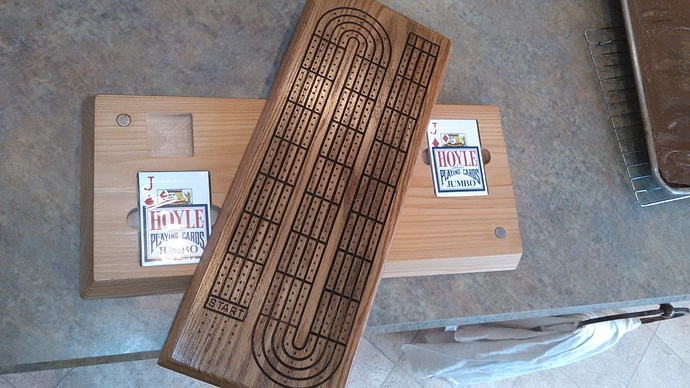 I love it… Is there a svg for the bottom part?

Sorry Doug. I think I just measured the card decks and used simple shapes to carve the pockets. I’m a simpleton that way.