Was running a simple project today but found what the preview was showing did not accurately show the result. I was trying to totally cut out the shape and the preview showed it should be OK. 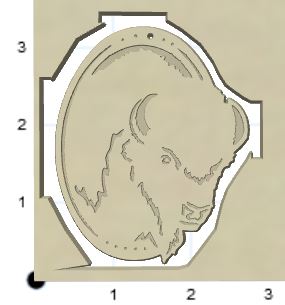 But when finished it was still attached in three places. Any thoughts. (Yea, the cut out is a mess but still think it should have rendered correctly.) 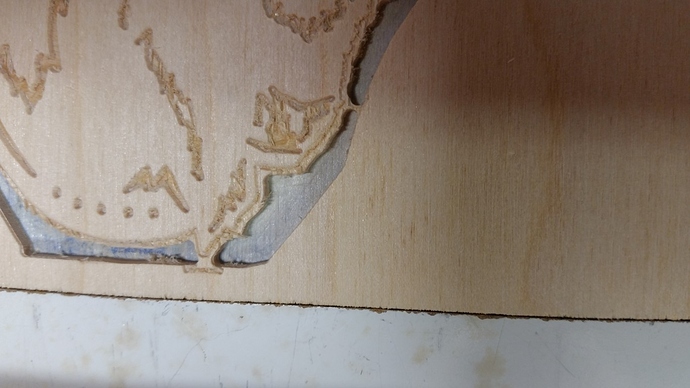 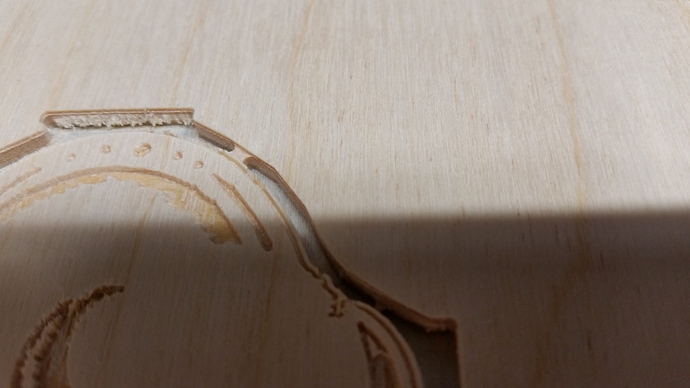 Those are tabs. If you select your outline in the CAD view, you’ll see yellow spots that match where you see those on the cut.

@JeffTalbot is detailed preview supposed to not show the tabs?

Hey @RayMacke
Looks like we need to fix that.

In the interim you can see where the tabs are on the left side with the yellow marks. You can adjust their length, height, and the number of them. (screen shot below)

No, I don’t think these were tabs. It appears to me when carving Easel saw these areas as too narrow to cut with the 1/16" bit. When I added some “extra” cut through area using rectangular blocks it then cut correctly all the way around. It is just that the preview said it was good to go the first time but it didn’t work out that way. 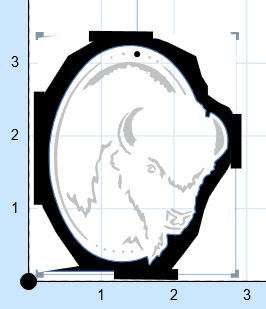 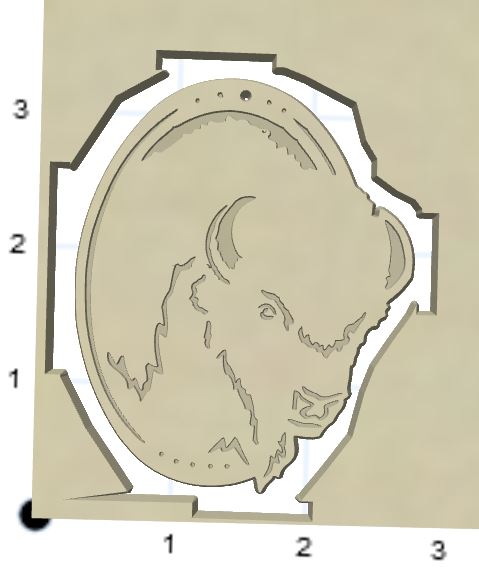 I know the way I created this is really screwed up but I was struggling with a conversion from a bad photo. Maybe my method is at fault. Still thought it would render correctly.

Here is a link - http://easel.inventables.com/projects/NzYq-jDdcOJs7aDptOgktQ

(Hope I shared it correctly!)

Did you cut it with a 30 degree V bit like you have in the file?

If so one possible explanation is the thickness of the material is actually less than 0.125 in. That would cause the behavior in your first photo.

Looks like you’re V-carving a pocket to cut the profile. Can you separate the operations? Try something like this: 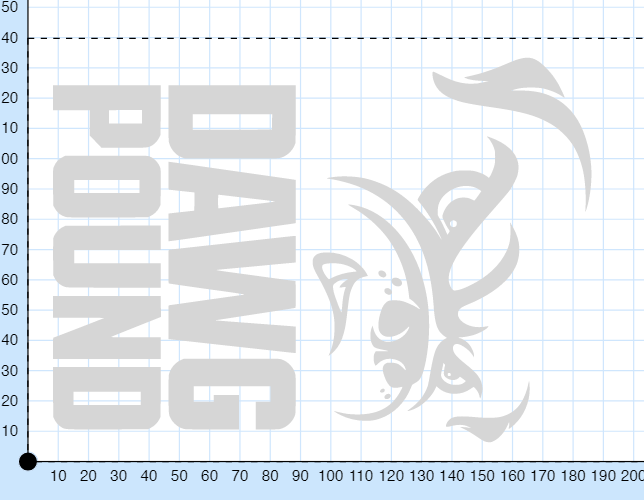 the thickness of the material is actually less than 0.125 in.

No double checked that and actually the cut went right down to the masking tape below but not through it.

Looks like you’re V-carving a pocket to cut the profile. Can you separate the operations? Try something like this:

I wanted to do as you suggested but if you look close at the nose/mouth area part of the detail will be lost making the cut this way. Toggle between Outline and Fill and watch the difference. That is why I went with Fill. 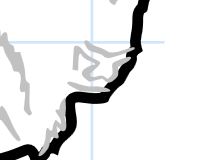 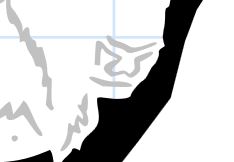 BUT, looking at it again I think you are right about it V carving at least part of the exterior. I decided to remove the V bit from the project and see what the cut looked like. The result is below and it is exactly what resulted. Apparently the clearance was too tight for the straight bit in those three areas and it was using the V bit to complete it. Makes total sense. (That’s the whole purpose of the Roughing/Detail pass thing isn’t it!) 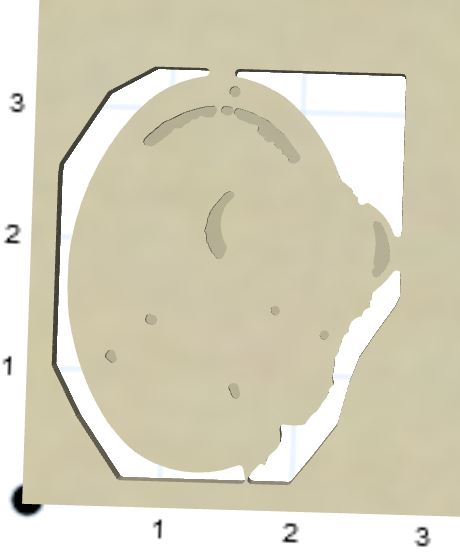 Perhaps, I screwed up when making the bit change and did not get Work Zero the same on each. Thought I did but… I believe having the he V bit too high would have the same effect as the thickness wrong as Zach suggested. Think I will run the whole thing again just to see what happens.

BTW - whether the cuts goes well or I screw up big time I really enjoy messing with this thing. Far more entertaining than anything on TV.