2/3/19
I just finished the new mount. The mount is printed in natural PLA it could also machined out of acrylic or polycarbonate. The final electronics are a 5v wall wart I salvaged going into a buck converter where it is stepped down to 2.9 vDC. Still waiting on a connector so I can lengthen the wire. The whole thing clamps to the 611, the slot allows access to the lock button. Fit is really good.

Thinking about some screws frat ride. In the threads of the router barrel. But probably don’t need them, we’ll see.

All drawings done in Fusion 360. If you want them PM me. 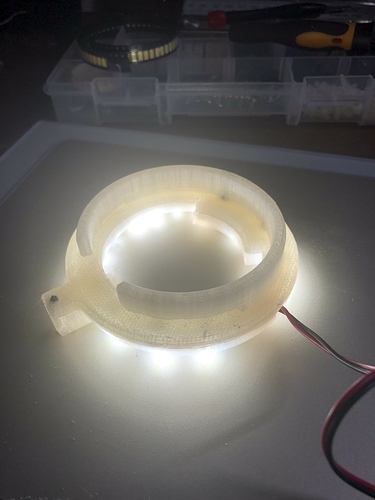 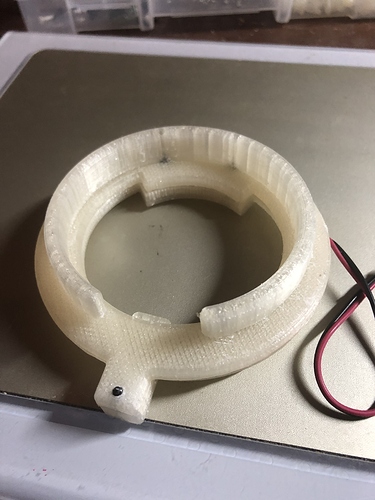 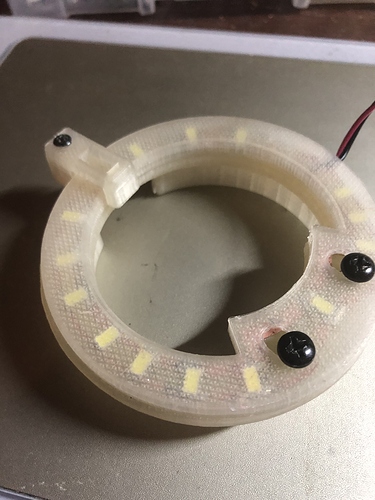 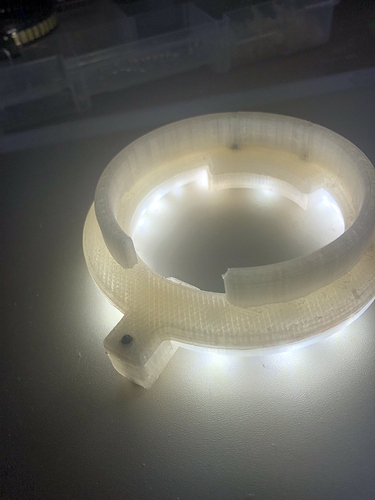 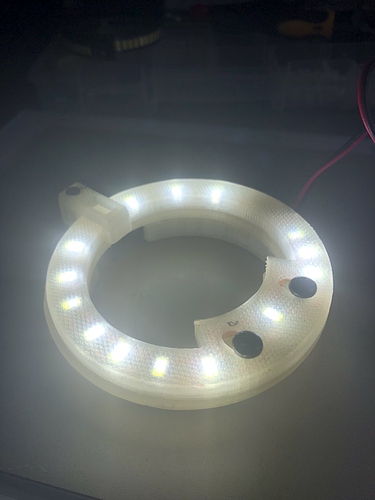 Warning- I just tried to install the light and it did not fit. I am working on a different mount that clamps to the router body.

I built Jason Bastedo’s series light ring for the Dewalt 611. Because the circuit is wired in series it can be made very narrow. It requires a minimum of #LEDs x 3.3 vDC

Just uploaded some pics of the board embedded in the 3D printed housing. Clear PLA. Nice diffuser. 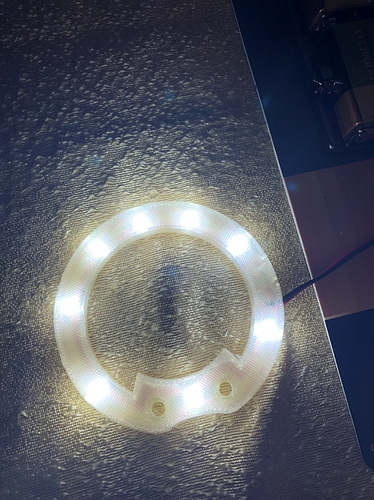 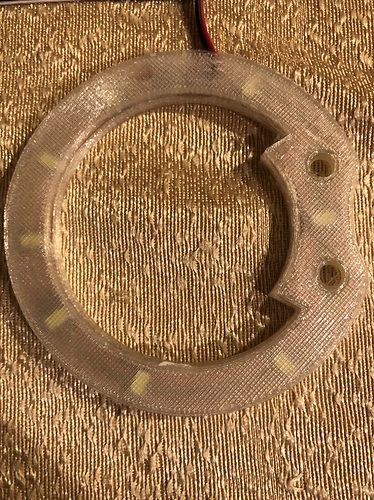 I wanted to edit the files but they were in a vector graphics format and I don’t have anything that can do that. I do however have Fusion 360. I imported the graphic into Fusion and created a parametric drawing that would fit my components. You know what? All the separate traces in the original were a PITA to lay out. Anyway I was able to use Fusion CAM to mill a board. 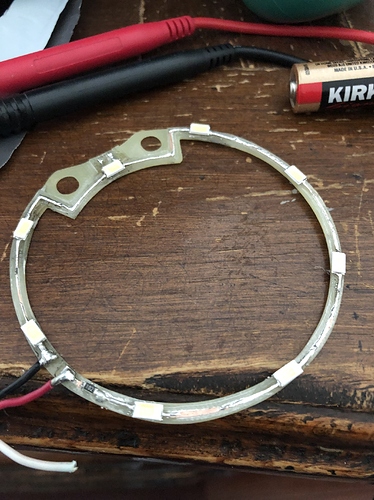 Then I got to thinking there is a much simpler way to do this. So I made another copy of the board and adjusted it for a parallel circuit. The advantage is it will work with 3.3-5v. If one led goes out it will still run.

It also only requires 2 traces. One for power and one for ground. The cam for the board is dead simple.

The power rail has one set of pads for the current limiting resistor. Otherwise it is continuous as is the ground rail. 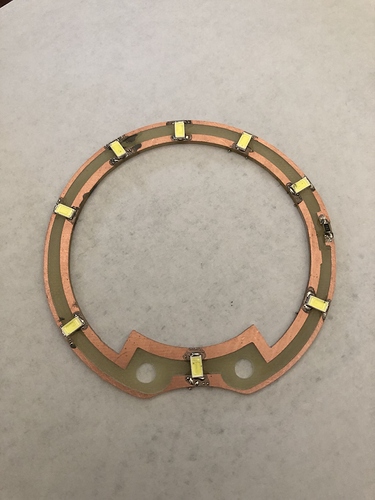 It could be made narrower with smaller LEDs. 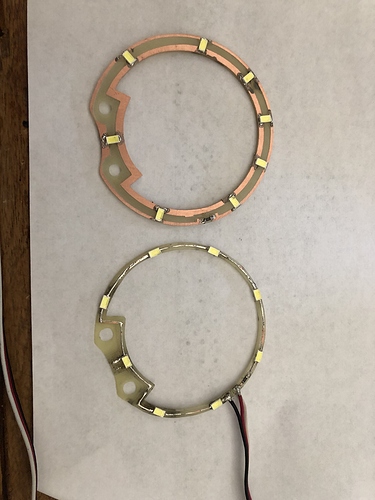 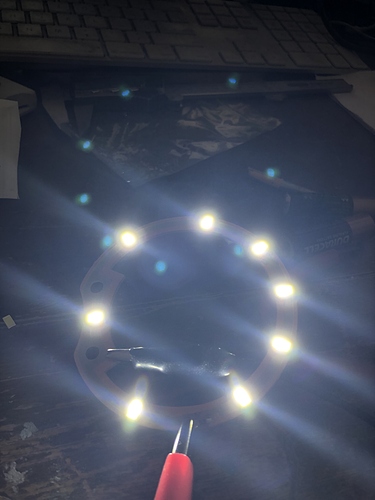 Next I am going to 3D print it into a housing/mount.

Looking forward to seeing it in action. Nicely done!

These look so great and useful … I guess I am going to have to learn some electronics as I don’t know what you are talking about.

That looks great!! Sorry about the drawings, I can’t even remember what they were actually drawn in now.

The parallel circuit is a great option, I had thought about that originally, but went with the series circuit, because I didn’t want to have batteries. I wanted it to run off of the X-carves power supply, that way if I forgot to turn it off, no big deal. Plus I wouldn’t have to locate where to put the batteries.

Anyways, your option is also out there now too.

I think your original was in VCarve. I also plan on running it of the power supply. I am just using batteries to test it.The housing is on the printer now.

Basically start printing it pause the print put in the board then finish the print.