New to 3D (2.5D) and need clarification on setting depths of cuts

While i’ve designed 2D graphics for years and understand that process, I’m unclear as to how to set the depth of cut in Easel, I’ve read one extensive post about the 256 levels of gray and how to calculate and use, but i’m not finding anything about cutting a radiused groove with smoothly curved sides. It seems that you’d need multiple layers of gray with very fine gradations to get such a groove.

I’ve scrolled many many forum pages and scanned post titles and haven’t seen anything helpful, but may have missed.

Can someone point me to something that can guide me?

That was all really interesting and I think I found something close to what I’m after in post 14 in that thread. Let me explain what I’m after a bit better. I want to make what are known as ‘finger labyrinths’. This is a smooth groove following the lines of a labyrinth so that you can trace it with your finger, as a meditation aid. I have the pattern in a CorelDraw format, which allows for a half inch wide ‘path’ with a quarter inch separation between paths as they wind around. In post 14, there is mention of a round nose cutter, with other parameters such as depth. (I haven’t figured the forum out enough to quote) So, what I’m envisioning is a half inch wide, round bit, set to a quarter inch depth, that would follow the center of the path around and around from the outside in, creating the finger groove. That said, what I am after is how to tell Easel to do that from my 2D labyrinth path drawing? Thanks for working with my “non-nerd ness”, as I’m not sure how to address this in more direct language.

Funny you should mention that…

Something I just carved: 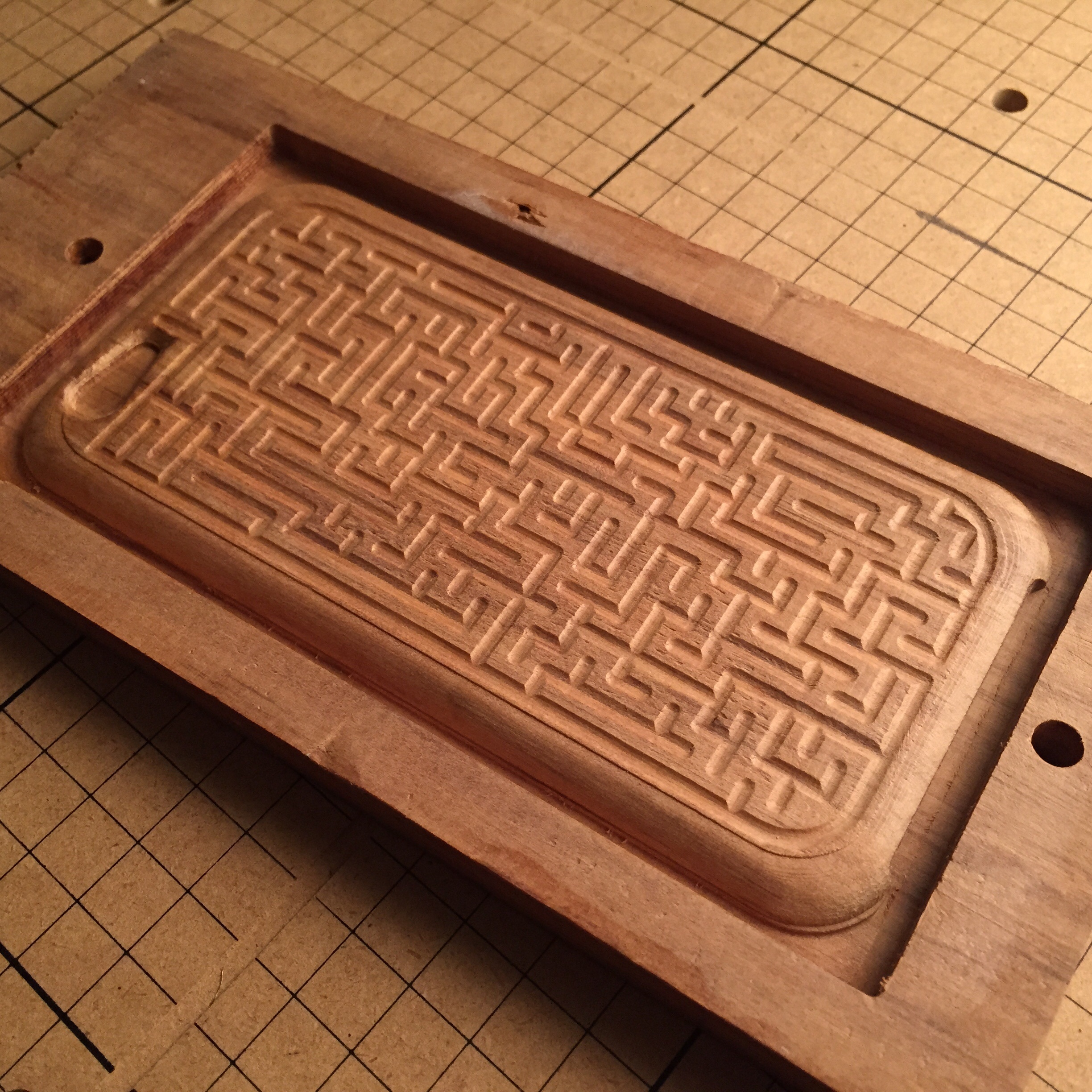 I’ll update more later on what I might do to achieve what you are talking about, but I think it should be pretty doable.

If you are talking about adjusting the depth of an object after it has been imported / created in easel there is a window that will appear when a object (or group of objects) is selected. It will have two tabs “Cut” and “Shape”

Cut: You can move the slider or type a number in the box. This will change the objects color and therefore its depth. It also lets you select the cut strategy, Outline (On Path, Outside, Inside. with Tabs? or Fill)
Shape: This lets you adjust the object Position, Size, and Mirroring.

The object on top will take precedence over the object below it. So moving things up and down will affect how it carves.

For your project I am assuming you will want to carve outline, on the path.

If you are using a ball nose bit whose radius equals the curve of your maze lines you should not need to worry about making the curve depths in easel. Just do a flat line and let the shape of the ball nose bit create the curve. (does that make sense?)
I am not sure what this process is called. I have always referred to is a “V-Carving”, and by that I mean: “using a shaped bit to add geometry to a carve that is not present in the print file”.

Aaron,
That sounds more like what i’m looking for.
I should have also explained up front that I’ve pre-ordered a Carvey machine, which is not expected until Fall, and i’m just trying to think through my application of the machine when it gets here.
So, back to the problem at hand…If I want a carved line 1/2 inch wide, 1/4 inch deep, and use a ball end bit/carver with that sort of radius, do I need the line on my imported drawing to be 1/2 inch wide? Or should it just be the center line of the pathway, with the depth setting at 1/4 inch, thereby the bit cutting away the 1/2 width as it goes?
I know that’s probably basic, but I’m trying to wrap my head around it.
Thanks.

Yep, that would work. You would just carve on the path at 1/4 inch depth without the need to make it a certain line width.

Here’s the thing though… 1/2 inch wide bit. 1/4 inch deep. These are hopefully just example numbers. If they are real numbers, then a different tool path strategy will be needed.

In the picture I posted, the maze on the back of the phone case is what we are talking abou. A ball nosed end mill just following a path at a certain depth.

well i need the path to be curved so a fingertip would be able to follow it comfortably. In the image below, which is a typical design, all of the white area would be carved away, with the pathway becoming a finger space with sloping sides. If 8 inches wide overall, the paths would be about 3/8 and the ridges between would be about 1/8. 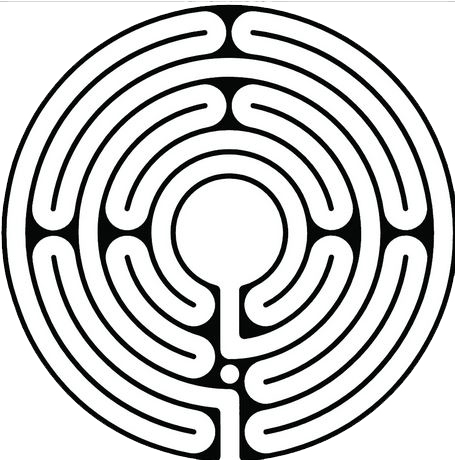 Just reverse that (black = cut), and you should be good to go.

Thanks for all the help. I’m leaving on vacation in a few hours, so won’t be able to respond, but will check in with the forum when I return in about 10 days.

An easy way to get this desired effect would be to use a ball-end millling bit that’s the exact diameter you want and just have it carve those channels in a single path.

This is something we talked about earlier in the thread, but a 1/2 inch wide cut at a 1/4 inch depth ball end mill, would be pushing it…