I am thinking about buying an X-carve. I am relatively new to carving, though I’ve done some projects on smaller CNCs in the past.
I have used ArtCam and my main usecase is to create a B/W image in adobe illustrator first, then I would port it to ArtCam as a relief. and then I would maybe combine with some other reliefs as needed, adjust depth a bit. Finally I would create a toolpath, that would consist of three elements - Profiling (so that I could easily extract the final model from the material), Roughing - to speed up carving, and finally finishing to add detail. Below is the example that I could carve out using my smaller machine. Trying to think if Xcarve will be suitable for this level of detail and if Easel has all the functionality to get to this type of carving. 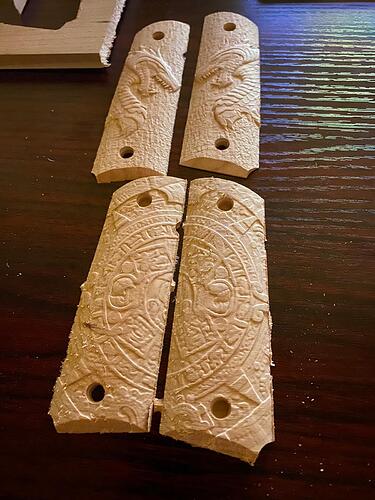 Easel will do 2 stage carves, and as for 3D relief, will import STL files, again with 2 stage carving - roughing (using an end mill) which can include extracting the model from the material, and detail carving using a ball-nose. For STL you’ll need Easel Pro.

As an alternative, and for more control over your carves you can use something like Fusion 360 to create your multiple tool paths, and save as G-Code. Easel will then allow you to import as many G-Code files as you need and run each stage (which is also what you can achieve using an G-code sender. Easel does allow you to save multiple workpieces for this (see screenshot) which is nice 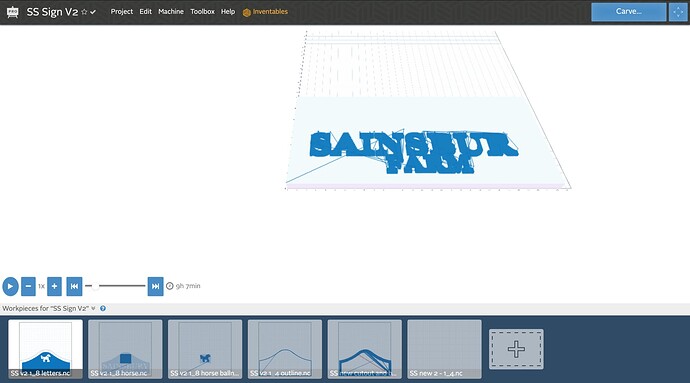 Easel lacks many of the functions of Artcam (now renamed Carveco)

If you already have artcam you can use the grbl post processor and a stsndalone gcode sender to send the carve file to the cnc.

X-Carve is not pigeon holed into using strictly Easel. You can use artcam with the easel post processor and use easel to just send the carve or you can even skip easel all together and use a more feature packed cnc controller software like OpenBuilds Control

Or CNCJS, also free, which I use with v-carve pro or Fusion 360 as my CAM