No mechanical knowledge, can I set up/use an xcarve?

I’m a graphic/web designer and somehow stumbled across the xcarve. Now I really want one but don’t really have much mechanical knowledge. Can someone who knows nothing about cnc machines set this up, get it running, and troubleshoot any issues?

Can files be imported from illustrator or sketchup?

I dabble in woodworking and would want to design my own files and use it for mostly cutting wood/plywood/mdf. Would this machine be able to cut designs like this? 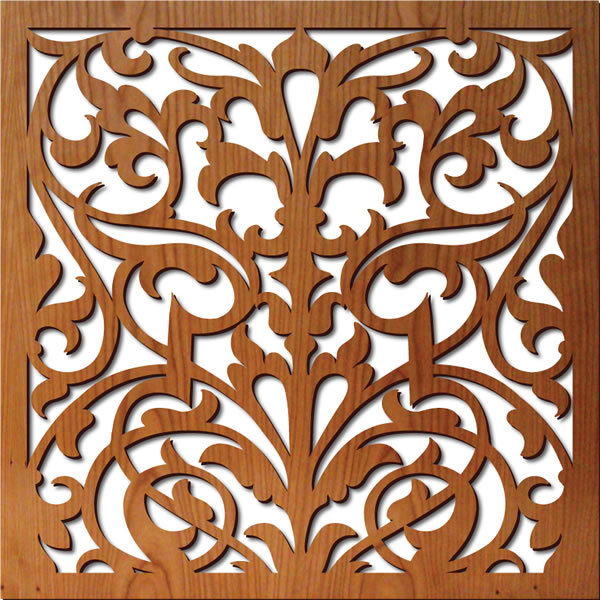 Are you only limited by the width of the workspace? With the larger model could you theoretically cut something 8’ long by stopping the machine and moving the piece? Or you can really only cut 31x31?

I think the best way to answer that question is to view the assembly instructions here [http://x-carve-instructions.inventables.com/]. Once you’ve looked at them (a couple of times), you’ll be better able to answer this question yourself.
There are a lot of very experienced people in this forum who would only too happy to guide you through any problems you encounter in building or configuring the X-Carve.
I don’t know iIlustrator but you can certainly import designs from Sketchup.

As Angus mentioned, your limitation is going to be in how to handle sharp corners. Right now, using Easel you’re going to lose some of the resolution in those sharp inside corners.

You could, however use other programs such as v-carve and a v-bit to get the sharp edges. The tradeoff of course is that you won’t have square cuts… you will cut thru the material but be left with an edge at the angle of your bit’s cutter. 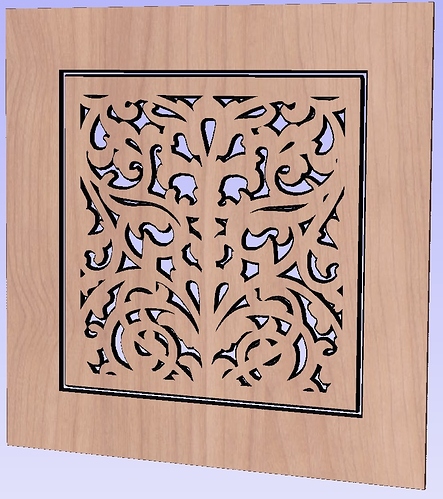 Of course, you could make this with x-carve, V-carve software costs extra money. (that said, you could probably achieve similar results with other freeware programs like F-engrave if you got creative).

You can use illustrator to make SVG files to use with Easel. I don’t own illustrator, so I typically use Inkscape (which does basically the same thing).

I think that if you can use basic tools and follow instructions, you can do this. The people in this forum are fantastic with quick responses, as is the Inventables staff. The assembly instructions have small videos that are helpful, and a bunch of us have done “build” videos talking about where we ran into problems or where we made changes to make it work better. You can see my build video at https://youtu.be/HmfmsbJs45U. There’s nothing so complicated about the assembly that it can’t be done by someone who is willing to ask questions when needed.

I don’t know anything about illustrator, but you can export 2-D SVG files from SketchUp using an add-on. I’ve found that I have to load it in MakerCam (www.makercam.com) and save it as an SVG file, not sure why, but it’s simple enough to do.

I can confirm that SVG files exported from Illustrator work famously in Easel.

Just to add to what the rest of the folks are saying - if you can operate a screwdriver without stabbing yourself in the eye, then you’ve already got the mechanical skills to build 80% of the machine. The other 20% is swinging some Allen wrenches, and possibly a few solder connections if you don’t have a crimping tool for one of the small connectors (you probably don’t

). Now is the time to start polling your friends to find out if they might be good at something that you’re not - doing the assembly with a buddy over a couple of beers actually sounds like lot of fun, now that I think about it!

Ask as many questions here as you want or need to. To my great pleasure, this is the only web forum I belong to where experienced people don’t yell at new people for asking (what we see as) the same basic questions over and over again. The more times a question is asked, the better and more thorough the answers tend to get. You may also be given a link to a wonderfully comprehensive answer that’s buried in the middle of a thread somewhere, and probably would have taken you hours to find on your own. In a nutshell: you’re not going to bother anyone here by asking questions. That’s what a community is all about, and the people here do it better than any other place I’ve ever seen.

If you’re willing to learn on the go, trial by fire, you’ll be fine. The assembly is largely rudimentary hand tool stuff. Soldering was the toughest part of assembly for me because despite being capable of it, I’m not great at it, and I don’t enjoy doing it. As someone else suggested, find a friend to help with what you feel you might not be capable of. And this forum is a great resource, don’t be afraid to use it.

If you dabble in woodworking you have some mechanical knowledge, and if you do web design you’ve got some good programming knowledge that will help you.

I’d say as long as you’re willing to learn and have a basic knowledge of geometry…go for it. I’ve never repaired a car in my life (aside from changing a tire), but I’m feeling fairly successful with 3D printing and now getting spooled up (um, pun not intended) into the 3 axis milling world myself.

I was fairly intimidated with all the unfamiliar terms at first ( vwheels, idlers, etc) but picked it up.