So, I just did some modeling in Aspire for one of these myself. Here’s what I’ve come up with in the preview of the model. I’m going to purchase an 1/8" ballnose from Woodcraft tomorrow and try it out. 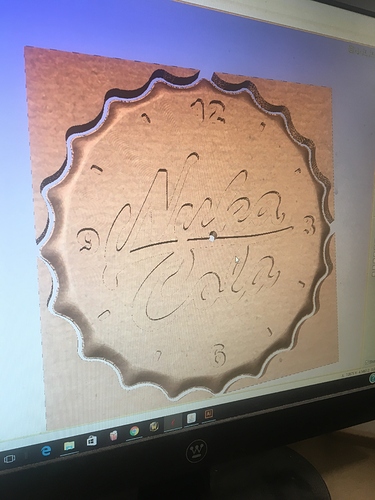 Hey guys! Trying this again, was going pretty well before I tried to pause it * dough * Managed to save it and finish the roughing pass. However moving onto the finishing pass it was taking a very long time, so I ramped up the speed to:

Saying its going to take 7 Hours… does that seem right for a 17" bottle cap??

Why is it that just this part is wanting to take 6 hours?? 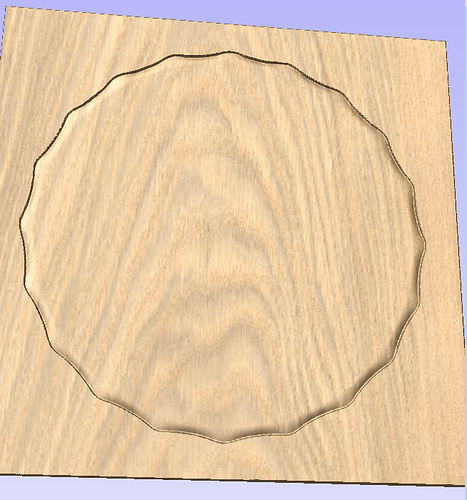 What operation and settings are you using? 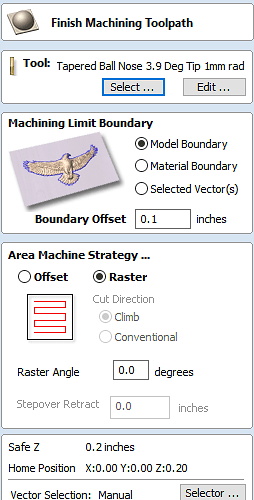 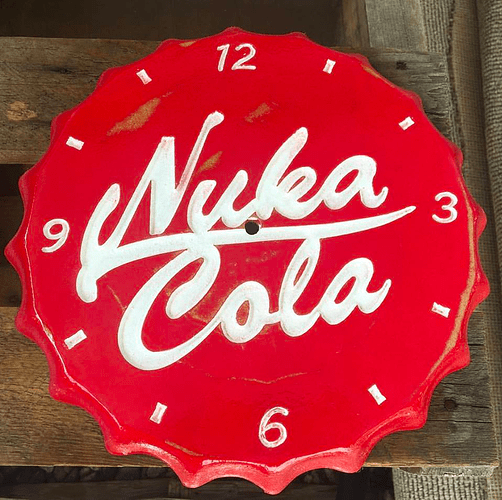 So you’re selecting just the vectors for the edges of the cap, or did you select all vectors? Based on the bit size and the time you indicated I suspect you may have selected all vectors so it thinks it needs to finish the entire thing, not just edges (and words, numbers) with that tiny ball nose bit.

You might want to add another circle inside the edges, and select that and the edge vector for the finishing path, then preview and make sure its only doing what you want and not the entire design with that bit.

For a 3D path, it’s not a vector that you’re selecting, it’ll be the actual 3D object. I don’t think it’ll even allow you to select a vector and create a 3D finish toolpath.

Because the bit is moving over the whole thing. If you want it to do just the edges, you have to tell it to do that by using vectors, not model boundary

Unless there is a taper from the edge to the center, you shouldn’t be touching anything but the outside 1"

Vector 1: create vector from model boundary in the models tab
Vector 2: a circle 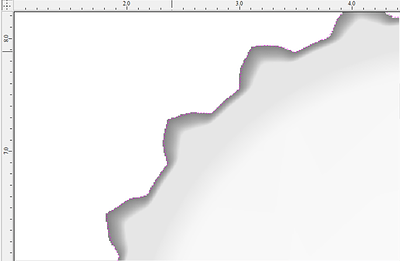 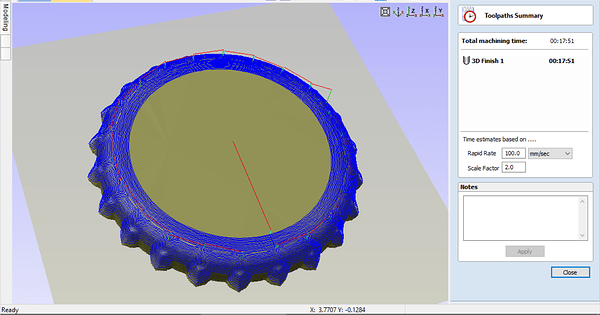 By comparison, using the model boundary is going to more than double my time.

This is pretty much what @DarrylKegg said, just with photos

Also, what @PhilJohnson said. 1/4 ball nose for the win.

We’re on the final stages of part making for the fallout bobblehead vault.

Thanks for the reply guys, I tried both model boundaries and vectors, for some reason using vectors wanted to leave a face vs smoothing over the edges from the top. Also, massive brain fart, I was using my little baby ball nose bit lmao. All-in-all it cutout well, gonna do it over though

Wow, thank you for showing this! I was wracking my brain trying to figure if it was actually doing anything on top…

I’ve got these 7 to to the engrave painting, then they’ll be finished. 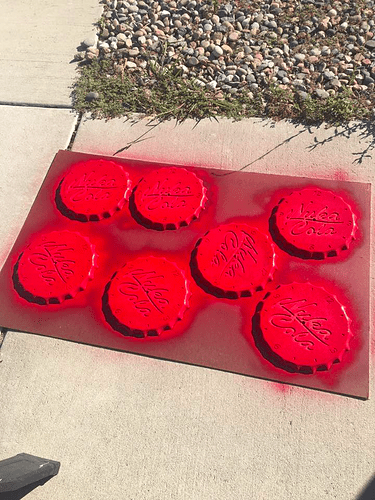 On a stock 1000x1000 what is the max IPM and Plunge rate you can get away with during a 3D Carve? I have done 85IPM with a 30Plunge but havent gone higher.

Good to know plunge on stock CNC but what about IPM on stock?

IPM all depends on the type of material